My First Ultrasound, what should I exp... - British Liver Trust

I have my Ultra Sound in 2 weeks (finally came through). Its at 7.15pm in the evening ? It says :"Please do not eat any food for 6 hours prior to your scan.

You may drink water, fruit juice, squash, black tea or coffee during this 6 hour period.

If your appointment time means that you can fit in a meal or snack before this 6 hour fast, only eat fat free foods such as fruit, Ryvita, dry bread (no butter) etc. Please avoid fizzy drinks, and any foods that may make you "windy" on the day of your scan."

Is 7.15pm a normal time for an US and how long does it normally take for the examination and to get back the results? Should I just eat fruit all day (apples/oranges etc), + Ryvita/Dry wholemeal bread? eg. no porridge for breakfast. 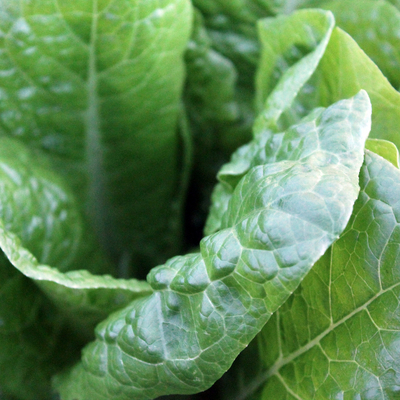 jon22
To view profiles and participate in discussions please or .
11 Replies
•

Obviously they are trying to work round all the other stresses on services so you get what appointment time you get - at least at that time of night it 'should' be fairly quiet as you would imagine no other clinics will be working then. Hubby had his on 10th January - we haven't had the results yet (normally get them off consultants secretary within a week or two). We don't know whether his consultant is currently working in that field or seconded to deal with covid etc. so we ware going to wait a bit longer before chasing up. (This is hubbies routine 6 month scan).

The ultrasound itself takes about 10 minutes max and you'll be able to eat normally afterwards.

As regards what to eat before then keep to what they've advised fruit, dry bread, ryvita etc. & make sure you keep hydrated with it being so late in they day.

Most of my hubbies scans have been in a morning so he usually just fasts from bedtime till after his scan but you can eat up to that 6 hour before mark. Definitely avoid anything that makes you windy as it says because having bowel gas in your abdomen can block out some of the organs they need to see. I don't think they've ever yet seen hubbies pancreas on scans - reports always say "obscured by bowel gases" (despite fasting).

Best wishes with it, Katie

Hi Jon - US scans differ from MRI in that the operator (sonographer) will be trained to interpret the results. Although you should formally receive the results later through your doctor or consultant, it is worth asking the sonographer at the time as they are the ones who will most likely be writing up the report. They may well refuse to say anything (and don't read anything into it if they do), however during my last one they were quite forthcoming.All the best

My first liver ultrasound was just before the pandemic hit and was at 7.30 pm but I was told it was because I was being seen as an extra after they were finished with the day's patients. It took about 20 minutes including a brief chat over the results at the end, though the doctor did comment on what she saw throughout as well. They checked my liver, pancreas, gallbladder site, spleen and some of my abdomen. The not eating is important so they can really check everything including the size and blood flow of the organs. Let us know how you get on.

I’m not a fan of ultra sounds,the person reading it can be inexperienced and it’s largely open to interpretation,I’ve had to have ct scans after US to get clearer results. I request a ct scan to be read by a consultant radiologist

Here is our information on ultrasound scans:

Hi Jon22, you have had a lot of detailed info from the posters before me. I'd just say that US's are nothing to worry about but being open I'll give you a useful and practical tip based on my experience (I've had loads of them). Even though you don't need to remove your clothing they say just roll trousers down and your top up, it's a good idea to take your trousers off (underwear kept on) as the Sonographer (Operator) smothers your abdomen in a gel that remains very slippy until it's wiped off. This can easily get onto a shirt or your pants and leaves you feeling very messy when it's over. They have plenty of paper tissue to wipe it off so it's a good idea (in my opinion) to shove some of this over the waistband of your pants before they start so they don't get soggy. It may probably sound worse than it is, the way I describe it, but I hope you appreciate the fact that this way it keeps you dry immediately afterwards. The person performing the US won't mind. Don't be shy. It's all harmless stuff.

I had my first ultrasound two days ago (had to wait nearly 5 months!). They brought it forward to 6.15pm on the day which was good!

The person just asked me to roll my shirt up but I removed this given the practical advice on the forum, which was a good idea as it made it much easier - thank you all. Took about 15 minutes. I had to lie on each side with my arm up to scan my kidneys and liver. Afterwards I asked what she had found but all she said was 'nothing to worry about' and the results 'will be with your doctor in about a week' . I said that my ALT had come down to 50 (from 161) in Oct last year and similarly my GGT had gone down to 81 (from 374). She just said it can "fluctuate".So I have to wait another week! I would rather have known the full details at the time but I recognise that it was my doctor that ordered the tests so he should give me the full results (over the phone - I would rather have had a face to face meeting with the radiographer.

Oh for a return to normal 'face to face' consultations!)

AyrshireK in reply to jon22

My husband had his 6 monthly monitoring scan on 7th January and are yet to hear what it showed. Hubbies consultation (for later this month) has been cancelled and consultants secretary out of office and emails not being read. I echo your sentiments re. face to face consultations. Hubby hasn't had a consultation for a year now either locally or at Edinburgh and hasn't had bloods done for 7 months now either.

jon22 in reply to AyrshireK

Thanks Katie. Didn’t realise the difference. I just assumed she was a radiographer but she could have been a sonographer ? I will take more notice next time. Thanks.

AyrshireK in reply to jon22

Even a radiographer won't generally comment on the scan at the time. Hubby has been having scans every 6 months since April 2012 and they have rarely (if ever) passed comment there and then. Once he saw a radiography consultant and even he didn't really elaborate on findings. Remember these folks scan folk for all manner of reasons, they arn't expert on any of the body organs. The more scans you have, the less they actually say because once they've done the scan they then have to go away and compare it with any you've had before and if it's a different operator each time they may not know what has previously been seen and what hasn't.

Fingers crossed you hear soon what they have/haven't found. I am going to chase hubbies results again this week - I just want to know that someone has at least reviewed the report.

Hi! Its just so they can see properly, so if u can keep it light after breakfast. Mine normally take about 40 minutes. U can ask questions while you're there. If its anything serious youll find out pretty quick! Good luck.x

Doctor said she could \"feel my liver\" bloods normal, What should I ask for now?

you can have normal bloods but your liver not being well, should I ask for another scan? Many...

Not where I was expecting to be today!

confidence of success ) However, no miracles! Two hours into the operation it was decided that...

liver cancer (after a lifetime of pretty heavy drinking, although he wouldn’t admit it). The...

After LFT's/Ultrasound should i still push for more test?

NAFLD, he is aware of my histroy of pretty heavy drinking... but he insist it is more likely due to...

What should we ask at hospital?

does eat a bit during the day, mainly crumpets in the morning and soup later. He occasionally eats...

From the mouth of a GP

Partner who does not want to give up drinking when I am the...