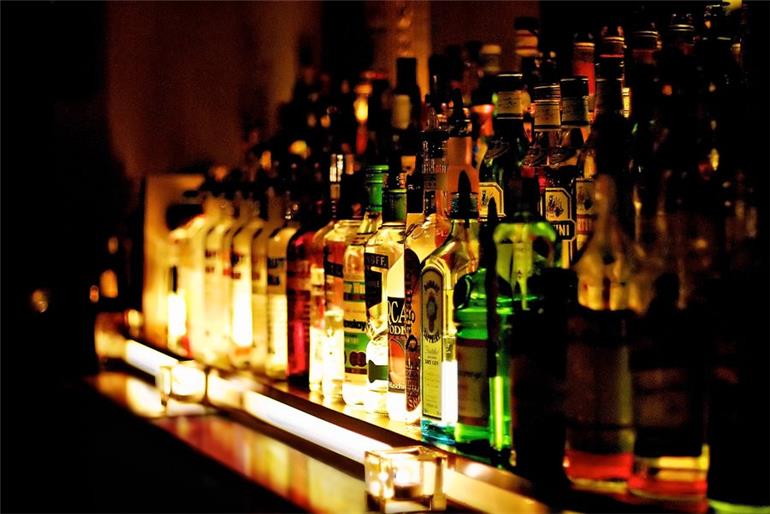 The muffled opulent sound of bottles

Jiggling, nestling against each other,

Clinking together, transported by shopkeepers, bartenders,

to be lined up and waiting - ready to be bought!

Full of promise and pleasure

How lovely they do look!

How the light shines through the rich ambers, reds and browns,

Glowing warmly, gleaming and winking in the glass

The the world is a beautiful place

The bottles find their voices, tongues and clothes are loosened,

How hollow the sound of the empties rolling together spent!

How sickening the vomit,

How abject the loss of reason and control,

The broken head, the sodden bed,

the liver scarred and shrunken

should excessive alcohol be drunken........

Wow! Liverponmymind, your poem says it all! I never drunk a drop after being diagnosed. Well, only once or twice and as soon as it reached my liver, my liver retaliated and threw it up and out!

I really hope that people with drink 'problems' pin that poem to their drinks cabinet. Although I have never been a drinker, I believe for some it is not easy and I truly believe that some people are born susceptible to alcohol and need a drink and I also believe that this is going to be hard for them but, when they succeed (like giving up smoking) they will be so rewarded.

yes it does say it all...sadly-fine piece of word smithery.....

This is such a brilliant poem... I was in the local shops and watched a toddler mesmerised by the long line of shelved bottles of alcohol...

liveronmymind in reply to pear-shaped

Thats what inspired me to write this poem in the first place Pear, it is the lovely look of all the bottles - they are mesmerising - to toddlers and adults too!

and then the contrast with that and what the consequences can sometimes - not always obviously, but sometimes be.......

Very true words. On 17th March it will be two years since i was rushed to hospital and diagnosed with liver cirrhosis, that was also the last day I drank alcohol. Never thought I could do it ..... Because of that day, I am still alive!

you deserve to be feeling very proud of yourself - All The Best,

Do ya know the bit:-

"The broken head, the sodden bed"

Is that your way of saying youve wet your bed again, lol.

No! It was just a generalisation! lol

I got the bit 'the broken head' from the nursery rhyme "its raining it's pouring"! and then 'bed' rhymes with 'head'! and as a generality I have heard '''some'''! people wet their beds if they drink too much so it just seemed appropriate!

However, it's rather sad as I wrote this poem a few years before I even knew or had a cause to imagine that I was one day going to become someone who calls themself 'liveronmymind' or roam around the liver community of a forum named Health Unlocked ........... and I added the last two lines but one on, just before posting it here to make it more relevant to liver disease............or rather 'one facet' of liver disease because as we know there are multiple other causes too and alcohol is only one - although most people myself included thought it WAS the ONLY cause of cirhossis!

Thank you for reading it!

who feels their liver condition was affected by how many energy drinks they were consuming. There...

Thank you British Liver Trust and the lovely people here

still isn't enough being done on the dangers of alcohol, and as Laura often said here, it is a...

The new campaign, Sound the Alarm on Liver Disease, is urging the...

Me and my son supporting the British Liver Trust /My future Sky Dive !

Can you have Cirrhosis with perfect liver blood results and ...

Help for partners of cirrhosis patients