I popped into my preferred running shop on the anniversary of my original purchase last year.

515 miles later and it was confirmed I'd get at most another month out of my original shoes. I tried a new pair on and felt that same, original, hugging support which mine are now starting to lack. Unfortunately my model, Vapor 4 are now discontinued with no direct replacement. The shop could only offer green so I ordered direct from Brooks to replace like for like as a. They'd done such a good job and b. My gear matches the purple 🤣 and c. As much as I would have liked to give the shop the sale... green just isn't my colour 👎

I also took in my trail shoes, Saucony Peregrine 7. He advised they are still in great shape and at only 120 miles are doing good. He showed me the new 8s which are exactly the same except for the new colourways. When I told him I got them for £50 he said to get another pair for when these are worn out as the Peregrines are still by far the best trail shoes on offer... so I did!

Having closely examined the wear on my Brooks I'm not sure I'll push for the extra month. The level of support just isn't the same. I didn't think they were that worn until compared side by side.

Heading into the new year with plenty of new gear 👍😂🤣 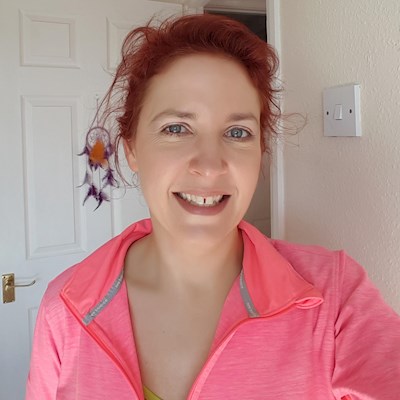 GoGo_JoJo
Graduate10
To view profiles and participate in discussions please or .
6 Replies
•

At your pace and distance that’s a wise decision.

What a bargain for your trails.I must have paid double for mine.🙈😂

Pleased I am slow and low mileage.🙈😂

Keep an eye on Start Fitness online. They carry old models of all the top brands so you can get quality shoes from as little as £30! Same for other gear too. I'm an addict!! I have had some amazing bargains from them. They have an ebay shop too which usually reduces shipping if you only want 1 item. 🤣🤣

Thanks Jo, love it.

Love the free shipping and I thought of you and your big truck.👊💪👏👏😂😂

I replaced my Asics gel cumulus 18's with the same model...but had to get white!😲 They are lovely and supportive though and so far still clean😄

Enjoy putting some miles on those new babies.😊xx

Mmmm, niiiiice...all set for some fantastic runs in 2019, look forward to reading all about them 🏃🏼‍♀️💪🏻

old running shoes (ASICS) for over a year and used them to do C25k and I’ve managed 10 miles...

talking about replacing my running shoes, I have purchased some new ones. My previous Brooks...

the shop on a little run track! I overpronated then so I was sold structured shoes. I brought new...
•
14 Replies

need of some new shoes, I love my pair but they are worn and I can tell that the support is going....