Behcet's Specialist in the UK for bowel & join... - Behçet's UK

Hi. I'm wondering if anyone could recommend any specialists in the UK (London in I'm lucky) who could help manage my Behcet's disease. I am really affected by colitis type symptoms (bloody diarrhoea, abdominal pains, etc) as well as joint pains & stiffness, swellings & twitching/tremor from muscle weaknesses. I do get lots of other symptoms affecting the eyes, skin, mucosa, and so on, but those are not as disabling features of my disease. My specialists have tried azathioprine, which worked really well at 150mg a day. But I experienced problems & have since had to reduce it to a very low dose of 50mg & combine with oral steroids which isn't controlling symptoms. I'm also on colchicine, but don't really know whether this has been helpful or not. My Behcet's specialists don't recommend any other treatments. Not even to try. I'm looking for a second opinion, but don't know where to even start. Any advice? 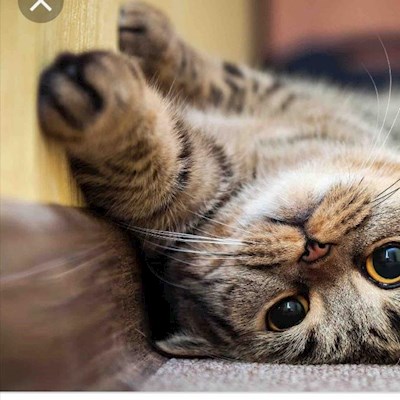 CuteCats
To view profiles and participate in discussions please or .
Read more about...
11 Replies
•

CuteCats in reply to jaynee63

Thank you jaynee63 but this is who my current specialist is at the moment. I've been under her care jointly with my rheumatology & gastroenterology team locally since 2018. I was actually referred to her to consider the use of a biological agent like infliximab. Initially she said this would be an option if my symptoms couldn't be controlled on azathioprine, but now when things have become unmanageable, trying any other medication or a biological agent, appears to be out of the question & despite being a doctor myself I cannot get my head around why. My own rheumatologist keeps suggesting treatments, but his opinion is also ignored. Maybe azathioprine is the only option, but how comes this wasn't the case before? And I don't feel like I've been offered any explanation that really makes sense to me either. Things like "You're too young for a biological agent" or "They won't help for bowel & joint symptoms" - I am 40 years old, & I will lose my job if I can't control my symptoms well enough to not need recurring episodes of sickness. That's why I would like another specialist opinion on this.

Your specialist sounds like my consultant rheumatologist, I have asked her so many times about several treatments, like yours Azathioprine was her preferred treatment and then told me if not working she would change me to another, she simply says Azathioprine is ok but I feel quite unhealthy and also have gastric issues that are still continuing to be investigated. I was not able to tolerate colchicine although know it helps many.

Finding another specialist to look at something different might prove difficult, you could try Professor Dorian Haskard at Imperial College London he is the Professor of Cardiovascular Medicine and Rheumatology at Imperial and the president, International Society for Behçet’s Disease. imperial.ac.uk/people/d.has...

Hi, this doesn’t seem right to me. IBD is very similar to Behcet’s and infliximab should be worth a trial from my understanding. You shouldn’t be just given up on, there are lots of things to try through the Behcet’s treatment pathway. I would recommend Dr Michael (Mike) Batley - he does NHS and private work based in Kent. Some of the locations may seem far away from central London on the map but very easy to get to on public transport. When I first met him he said at the end of our session that he had no doubt that I had an ‘ology’ of some sort, it was up to him to figure it out and help me, and that’s exactly what he’s done. He is quite quirky but he is well thought of, and clearly is passionate about what he does. Please let me know if you’d like any more info.

Hey Sorry to hear your having a hard time.

I actually went to USA and went to a behcets specialist that recommended trying a medication called Enbrel. My doctors here were happy to follow his advice as I have been on a lot of different things and nothing worked.

I know with aza you need to start low and increase and have blood test once a week at the beginning and then once a month.

I have heard of a place here that might be able to help, behcets centres of excellence. Hope that helps, feel free to ask anything else.

Hi CuteCats,I just wondered if you had tried a gluten and dairy free diet? Its not easy but it seems to be very effective for some people on the group. I was half expecting my Rheumatologist to poo poo the idea but she said lots of her patients do very well on a gluten and or dairy free diet. I think but its always hard to prove that it causes joint swelling and digestive issues for me.

I knew for about 5 years that I should give it a go and now I regret waiting so long! A food and symptom diary revealed gluten, eggs, dairy and almonds to be a problem for me. Fortunately I can cook and am rapidly learning how to make nice stuff without those ingredients.

CuteCats in reply to Icefire

I agree that's a great suggestion, but back in 2015 - 2016 I tried keeping a symptom diary, I tried following the fodmap diet, I tried eliminating dairy too (but not 100% gluten to be fair) and tired each for like a month or more at a time, and dairy for way longer, but didn't seem to make any difference to my symptoms.

My symptoms started in 2014 with only a fever of unknown origin, and gradually progressed to involve different systems, so I ended up being under quite a few different specialists. Late 2016 my symptoms got so bad I couldn't leave the house & was on long term sick leave when my rheumatologists decided this is probably behcet's & started me on treatment in 2017. Eventually in 2018 I was on a dose that finally controlled my symptoms enough for me to get back to living my life & I was so happy. But in 2019 problems with the azathioprine started & it's been a nightmare again 😓 My rheumatology consultant has always been pushing for infliximab, but it won't be NHS funded unless the Behcet's Clinic initiate it for this diagnosis. And now I'm stuck, as the Behcet's Clinic just don't want me on anything except the azathioprine, despite my body not tolerating it.

I'm not eating much food all together now, with frequent diarrhoea & abdominal pains, I just don't have the energy or feel like eating. So it probably won't be that difficult to eliminate gluten, so I could give it a try 🤷‍♀️

I think you have to go all in for a gluten free diet for ~3 months to properly test it. I must of attempted it and failed miserably at least 5 times. But now don't feel to bad about missing pizza etc.

I feel for you. Its rubbish when you are in pain and have no energy or appetite. I feel like Behcets presents itself in lots of different ways and there seems to be quite a range of symptoms and severity on here. I've been living with it for 25 years but only diagnosed this year after the joint swelling, erythema nodosum and uveitis kicked in. Prior to that 'just horrific ulcers'! I've spent a long time studying diet and how it effects how I feel. Apart from a free from diet. I also eat lots of veg and a mostly unprocessed diet low in sugar. But also take Omega 3, Gluthathione, a good quality multi vitamin and methylfolate. But before taking any you need to check if they would interact with the medicine your on. Fingers crossed I've avoided the meds this far.

I wonder if you had a virus that triggered the Bechets to become active. I suspect strep throat did it for me.

I found 'The Whals protocol' to be a good read and if you can afford it maybe some input from a Registered Nutritionist/ or dietitian although check for credentials and experience with autoimmune issues before signing up.

Let me know how you get on.

Understand totally what you mean. I am still trying to find a new consultant had to sign up under a new username. Was having terrible issues with the portal itself

not just this part. The ones that have replied are polite but all tell me they refer patients to the centres. The real kick in the gut came when I saw a letter from my long term consultant who retired and I rarely get angry but on reading it really made me furious.

Owing to bad issues here in Wales I started to attend a hospital in london.

but always told they plans in place. There were no plans when the last one retired I was dumped. He had actually written to one doctor at a local hospital who got my diagnosis badly wrong. and this is the wording " when you do have him can you have one of the gastro team to look at his A*se",, The same team that got my diagnosis wrong in the first place.

Basically my so called long term doctor had clearly given up ages ago.

or infliximab they dont come to that conculsion lightly.

I started on infliximab at the age of 25... like you get a lot of bowel related issues and the reason Behcets was diagnosed I was under one of the best professors for Gastro in the UK and he knew what he was seeing wasnt Crohns or IBS. The Entire point of Anti TNF is hoping it reduces the symptoms but also you can lower dosages or other drugs that can often have side effects.

but then comes the £££, One thing I've learned this past few months you need help

when situations like this arise. I would if possible talk to the consultant that thinks the TNF Treatment is the way forward and see if they have any other routes, Most of them have

even to attend hospital day clinic. It seems really unfair on you that one consultant suggests this direction the other doesnt meaning you are stuck in the middle. Its stress you dont need

and the other thing I've learned is how Stress affects this. Not bled this heavy in years.

Just hope you get something sorted i really mean that x

Hi. My behcets initially manifested as joint. GI ulcers,& eye inflammation. After kenalog injections to my eyes, I found that remicade infusions kept my ulcerative colitis and joint pain in check

Have you tried Liverpool or Birmingham COE? When I was on the diagnosis path a couple of years ago, London were the only one who didn’t see people privately but Liverpool abs Birmingham did. I’d try one of the other centres perhaps?

Behcets and a bowel bleed?

in behcets, one of my doctors thinks its very likely I do have it, the other said unlikely as I'm...

reply! Does anyone have a direct email address for any one there? I lost my Mandatory Appeal for...

Is it really Behcets if you don't have ALL symptoms?

have ALL symptoms for it to be this disease? We are all feeling pretty bleak at the moment :( Any...
•
13 Replies

support given here really helpful. I'm 28 and have recently been diagnosed with Behcet's after a...

much about Behcet's here in the US, but they know even less about Gastro Behcet's. I'm really...

Does colchicine help with energy levels?

Omicron experiences whilst on biologic