So I’ve just been thinking how mind blowing it is that most people who have experienced psychosis have experienced very similar symptoms.. voices, hallucinations, paranoia, writing LOADS, the voice naming it self as a separate person I think is quite common. These were my main symptoms and although I haven’t done much research as it just gives me anxiety, I think these happen to most. I just don’t understand how something so deep and horrific can follow a very similar pattern in others.. it almost makes it feel god like or something. Like someone has created it. I’m not religious and I promise I’m not unwell I’m just feeling overwhelmed and curious about this illness. I’m in a really good place a year and a half post illness. Whenever I try to research these things nothing really comes up except standard pages talking about the basics of psychosis.

I try and relate it to anyone can get a broken leg or diabetes etc. people’s physical issues can follow a similar pattern. But this illness is just SO different to those things. The physical illness seem to make more sense, but psychosis is so in depth, almost like going to a different dimension. I wonder if there are any books on what I’m trying to get across?

Why is this psychosis? Why does this happen during psychosis? How is the brain capable of creating this massive in depth story and playing it out to you with hallucinations/ voices/ paranoid thoughts etc. Mine was like a movie/ story. With each Hallucination/ voice etc unfolded more of this story that my psychosis was based on (institutionalised corruption, capitalism, an evil in the world) being played only to me. Anyway, any comments almost understanding what I’m trying to get across would be a help haha Xx 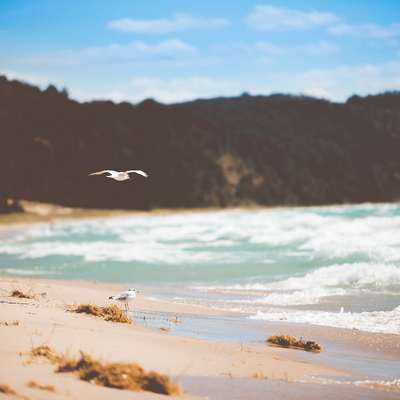 Isabella-2016
To view profiles and participate in discussions please or .
Read more about...
10 Replies
•

I don’t know if I mentioned this already but I did a post about 7 years ago and called it delusions of grandeur and religious experiences. Like you I was fascinated how as a non religious person I could become so obsessed with God, Jesus The Devil Heaven and hell and Armageddon of all things! I had had a nominal look at religion attending a Church of England primary school all those years ago.I did write to the professor about it and will try and find his response.

Strangely enough I did find my faith after the birth of my second baby. But that’s another story.

Good to have this site where we can share our unique yet similar episodes.

I'm sure you'd definitely find it interesting to read Isabella-2016

I also wondered if you watched the documentary 'Psychosis and me' with the actor David Harewood, or heard him being interviewed on a podcast? I listened to him being interviewed by Fearne Cotton on the 'happy place' podcast. He had a psychotic episode in his early 20's, it was really interesting to hear his thoughts, and what came out in his psychosis too.

Take care of yourself, as you say it can be quite triggering to research, and read and listen to others experiences.

Wiwa21 in reply to Ellie_at_APP

Hi Ellie, do you know where we could watch David Harewood: Psychosis and Me? I have Googled a bit but cannot find it anywhere. Only a few interviews he has done, but not the documentary itself. I suppose BBC will broadcast it again some time... Thanks!

Ellie_at_APPPartner in reply to Wiwa21

Oh yes, I see it's not available at the moment on iplayer sadly, it was on the BBC. As you say they will probably show it again at some point, so something to look out for.

He's definitely worth listening to - the podcast I mentioned in my other reply was a really good interview.

Hi, I can relate to what you’re saying. I’ve been so embarrassed by the thoughts I had during my psychosis it took me long time to even share them with my husband. I am not religious and he’s Christian. He’s perspective was very interesting and ultimately said perhaps God is trying to get my attention, I’m just not listening and taking it way to far.

I’ve experienced psychosis three times. However it wasn’t until the birth of my son (third time) that I learned that there was a name for what was happening to me and other people could relate. I can’t help but feel there is a deeper meaning.

Hi Isabella, I too find the content of psychosis really interesting and I find it odd that, in my experience, the psychiatrist and other professionals in the whole where not remotely interested in the content of the delusions. But of course if you are psychotic like I was too with PPp what you are is experiencing is everything and any strange behaviour could arguably be explained if one was to know what was driving it. I’m in a the camp that wants to know more about my experience and I am too interested in commonalities. I still unpicking my experience with the support of a therapist. And when you say dreamlike it was for me too a bit like a nightmare while awake some of the distortions appeared to be pinned on some kind of horrific real events in news. I didn’t experience hallucinations but was definitely delusional and paranoid and seen people as dark (like the evil) and also some as light (goodness and people of God). The experience definitely impacted on my spiritual beliefs longer term. I’m interested to see these links that Ellie posted , unfortunately I don’t know of others but would be up for discussing in future if that research was to be pulled together. All the best and take care with researching always good with some support and checking in. Big hugs xx

Thank you for putting in to words the questions that many women and families have about why and how religious or spiritual themes often arise during an experience of psychosis. I've been corresponding with a mum in the Netherlands who has let me know about this chapter in a recent book which looks in more depth into these questions 'Snakes in the Crib: Psychosocial Factors in Postpartum Psychosis' (Brown & Charles, eds, 2019, Women & Psychosis)

For me, it's definitely been important in my own recovery from postpartum psychosis to not feel afraid of looking at spirituality as a part of the experience of psychosis. It was worrying and scary for my husband I think in the first few years of recovery that I wanted to think about the 'religious' or 'prophecy' elements of the story I had experienced, but as the years have gone by we can talk more openly now about the symbolism and spiritual experiences that still remain with me as a part of my own story.

Wishing you well as you take this time to think about your experiences - reading around Transpersonal Psychiatry is interesting as this is an approach that looks at not just the medical causes of psychosis, but also how a person's psyche is involved.

Hi Isabella-2016 and others who commented in this conversation. I am really interested to read all your experiences, and also to read the ones in the old post by HelenMW so many years ago. I too find it fascinating how our brain takes us to religious experiences while some of us are not-religious at all. I am born and raised in the Netherlands in an atheist family with no religious schooling either and still I also found myself in purgatory, heaven and hell. I believed that I had to negotiate with the devil that at least my son could go to heaven and that, if really needed, I would stay in hell. I also vividly remember when a team of doctors came in to assess me (as I was being sectioned) that they were representatives of heaven to come check my suitability for that place. I remember trying to convince them that I, despite not being religious, would certainly be suitable for heaven. I kept telling them that I was a good person!

Aside from these believes about heaven and hell, I also had strong thoughts around doing research on PP and improving the NHS (especially care throughout pregnancy and for mothers who experienced mental health disease after they have had their babies). I was convinced that I could write a PhD in a couple of months time, and said that I had a puzzle in my head which simply needed to come out on paper and could easily be turned into PhD. I was writing sooooo much! But it all does not make sense when you look at it now.

I was admitted during the covid pandemic and that too played a big role in my delusions. I kept telling the nurses and my psychiatrist that I was convinced that covid was not a virus but actually a mental health disease trying to disguise as a virus. I really felt the need to explain this to people as I thought it would be vital in finding a cure. Just like some other posts I have read, I also believed that I would be in the news and on TV to explain more about this covid is a mental health disease theory. Really interesting that there seems to be a theme around being on TV or in the newspaper.

The latter two delusions make a bit more sense to me though than the ones about heaven and hell. After all, I am a researcher and I have a background in public health. But I am still trying to figure out why there was such a strong theme around religion.

That is totally facinating what you wrote btw

Rachel_at_APPPartner in reply to Lizzo30

Thanks Lizzo30 for your reply to this very interesting thread. Isabella-2016 has raised some really thought provoking questions.

The research on PP is still developing every year, but you can read about it on our Action on Postpartum Psychosis website here: app-network.org/research/

I agree, a fascinating post. My own experience of PP didn’t feature religion, but it did feature good vs evil, Jekyll and Hyde themes. So certainly similarities there.

Hope you’re having a lovely weekend.

feels like there is nothing in my days that really defines who I am as a person. It feels like my...
•
54 Replies

need be etc and recovered on them pretty quickly. So I’m not ruling it out as such. I’m really just...

Resentful of husband and medical staff

medication/sedative etc and my husband was hugely out of his depth as I got more and more ill...

Had a second child and no PPP

Hi everyone, I just wanted to tell you that it is possible to have another child without relapse....

How do you cope with work and anxiety during recovery?