Chest pains : For the past two weeks... - Anxiety Support

For the past two weeks (probably longer) I’ve been having chest pains off and on each day associated by arm and back pain!! usually happens after I eat anything, I’ve been too the hospital and they’ve done all the test and everything has come back good!! Idk what else to do or why this is happening! I need answers! The pain is usually in the center or up too near my neck, feels like a lot of pressure 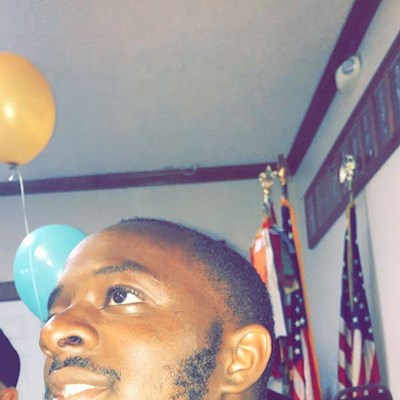 Caronshuler119
To view profiles and participate in discussions please or .
Read more about...
11 Replies
•

Hi Caronshuler :)That can be very painful when it happens. Once you have had it checked

out, we go back to Anxiety.

pain is felt, I would say it's most likely a trapped gas bubble.

I've gotten that myself when not relaxing when I eat. Air get trapped in the

esophagus and can go into a spasm, causing that tightness and pressure that

is felt in the upper chest as well as back.

heart connected as well as give you some advice in avoiding the pain.

Caronshuler119 in reply to Agora1

It’s definitely felt in the upper chest but I’ve been too the hospital 3 times and they can’t find what’s causing it!!! Thank you for the reply!

Agora1 in reply to Caronshuler119

I hope you get it re-addressed. It's a horrible sensation.

Go to your Dr and ask for an endoscopy you might have an hiatus hernia, that's how they found mine because I was having chest pain

I agree it could be food related. I get pain in my back , which is caused by trapped wind. I know no that I can't things like onions and garlic. Try looking into FODMAP, this was given to me by a dietician, its not to lose weight but has helped no end with my back pain, which was really bad at times.

I’ll try that thank you

I feel like we might be anxious Twins or something lol.. It sounds like you're going through the same things I experienced a few years back. I'm much better now, but it took a while for me to recognize and address my situation. I'll edit this comment to include my story and maybe give you some clues to help you improve your own situation.

Yes! I would like to hear your story! Thank you for reaching out

Pain around the neck.This right here👆🏾👆🏾 is how it all started for me.

Starting in Nov/Dec, I had a scenario with a literal pain on the right side of my neck. I thought the pain was coming from a swollen lymph node. Eventually, I found out that the pain was coming from the SCM muscle. I'm pretty fit and usually active (at this time I was about 5 months lazy and inactive), so I ignored it thinking it would pass. Eventually, the pain turned into a throb and the throb into a swell. The swelling and pain led to holding tension, anxiety and full on panic attacks. The panic attacks got So bad that I missed work for 2 weeks. Also, for some reason I couldnt drive without bringing on the panic attacks.

I had plenty of ER/doctor visits: MRIs, Xrays, Ultrasounds, and most doctors said I was healthy or they'd just run test and literally say "Leave, you're fine." Later on Some doctots prescribed antianxiety/antidepressants. I didn't want to take any medicine until I figured out if the anxiety and panic attacks were a result something I was allergic to or something else that could be addressed without taking medication.

Eventually, I was holding tension all over my body. It was automatic, I couldn't stop holding tension! All day long. Still I was not able to drive more than 2 minutes without nearly hyperventilating and having a panic atrack. So, back in January 2019 I decided to no longer drive and in February I accepted that I have anxiety disorder and I needed to take medicine. The medication somewhat helped with tension, but I'm a bit biased because I didn't believe it would address the root of my issue. This thought, along with its negative side effects caused me to decide to ONLY commit to meds as a final solution. So by the end of Mar 2019 I was off the medication totally.

In the beginning, I only noticed and complained about pain in the right side of my neck and shoulders, so that's what the doctors addressed. One day mid February I (my traps, shoulder, muscles and overall posture) got so tight that somehow the bloodflow to my right arm was slowed and my hand began to turn blue. I made it to the ER so they finally witnessed that these anxiety/panic attacks are not just and chemical imbalance, but also a physical imbalance within my muscles.

So, the ER doctor referred me to a cardiologist for somehting called Thoracic Outlet Syndrome (TOS) and physiotherapy. The cardiologist cleared me of TOS. So I went to physiotherapy. As I focused on what the physiotherapist told me to do to address the neck issue, the pain seemingly bounced around the right side of my body, almost in a triangle. It became a game that I did not want to play! For 2 days my neck would be tight, then for 3 days my shoulder would be tight, then for 2 days my chest would be tight (I don't have asthma, but when the tension is in my chest it feels as if I do have asthma[--according to Dr. GOOGLE it was COPD--I'm glad to say this self-prognosis was WRONG!]).

Around March 2019. At this point I was back to working, but still not driving. It was so frustrating. Once they helped me work through the neck and shoulders. If I was lucky, I would be amost totally relieved for 1 maybe 2 days after the physio-directed routine. But no matter how many times I continued doing the stretches/movements they showed me. Within 24-48hrs another muscle group on the right side of my body would be debilitating painful. I couldn't go to a physiotherapist everyday and I didn't want this tension anymore; so, I had to get back to research (Dr. GOOGLE). I searched information about the other feelings I had (of course I found a bunch of crap).

In Late March I had a moment of epiphany!! "My body wasn't trying to play a game with me, and maybe was trying to alert me to the real issues," I just failed to realize it for 3 months or so, that these pains, aches, and the tension was the result of an imbalance in my muscles groups, not just my neck, my shoulder or back. So instead of waiting on the doctor or physiotherapist I figured out that my chest and mainly my upper back was the culprit. Through Trial-by-Error and the realization that I SeVeRrLY overtrained my chest and undertrained my back, causing a ton of tightness.

As serious as anxiety disorder is and the effects I felt were I think for me its simply a case of the childhood classic:

The foot bone’s connected to the leg bone.

The leg bone’s connected to the knee bone.

The knee bone’s connected to the thigh bone......

Except instead of the bone-song, I was dealing with the connections and more so the imbalances in between my muscle groups.

I thought I was dealing with TOS, but that was incorrect. The closest thing I could get to an actual diagnosis was something called "Upper Cross Syndrome."

To treat this i incorporated a lot more stretches to my therapeutic routine. I used to do it 3 times daily (morning, mid-day, and night). That was Early-on in the battle. Previously though, the only solution I had to to deal with the panic episodes and tension was to lay down flat on my back and relax. So-far the stretches and light exercises have done the trick. I've had no tension headaches since March 2019. I'm winning and plan to keep it going!

I know that it'll still take some time to rebuild muscle in the proper places, but it works and I'm back to more intense exercises while maintaining a keen awareness of my muscle tension and my posture.

So, I think that maybe it's the same for you, maybe it's a tight group of muscles that are screaming out to you. You've just gotta find out which ones they are, and find the proper tools to take care of them.

Keep in mind that you will have customized your routine to your own liking which may be a long process. Also, some days you will forget which stretch you need to do for some relief, so it's good to write down your routine and what works for you. Mainly just remember not to give up. The amount of variability here is why I think the doctors commonly dismiss this issue as anxiety. Not saying they're wrong, but sometimes they take the path of least resistance.

I still do trigger point therapy with a self massage tool, a tennis ball and a massage ball. I rarely use it, but I have a foam roller. And I have a resistance band. As you research, you'll find a lot of vidoes/trainers/therapist use these items.

I can look up the list of websites I used to get me started, just let me know if you want to try them out.

Sorry for writing so much, but I think it'll help you with finding relief.

Me and you are the same brother I’ve had the tension headaches muscle spasms plenty of ER/doctor visits, the panic attacks while driving even while walking around the track just too exercise! But for some reason can’t find a explanation for the chest pain I’ll definitely have to try routine and see if that helps

Sphere are some routine stretches I did in the early days of this stuff.

everyone. I have been suffering really bad for the past 3 days... I have chest pain (not sharp) more

I been to er 3 times in 3 weeks ekg blood work and chest x Ray everything comes back normal so I...

months now I’ve been suffering with a sharp chest pain that comes and goes, I’ve been taking pain...

Chest Pain and shortness of breath

over me. My chest is squeezing, it's hard to breathe, my neck and back are hurting. I've been...

Chest pain and not anxious

Ok so you can still have chest pain and not feel anxious and have a normal Hart rate. That’s wired...

Hate being a wife and mother it's really wearing on me .