Confused about stuff: Hello, I need help in... - Anxiety Support

Hello, I need help in knowing if I have social anxiety or not. When I tell my mum about my inability to communicate with others in a normal way, she always says that it is just a phase. I don't know if I should trust her or not as I have had a panic attack at the hospital in the past and she has brushed it off as me being shy. Whenever I try to talk to someone it feels like an invisible barrier is keeping me at bay, and even if I do overcome the initial barrier, I will stutter, sweat and generally panic while talking. I also don't like to look people in the eye.

I think this might of been caused by bullying, one time in primary school the entire school was sat down for assembly and at the end when my class was asked to leave I got up but my legs were dead from the lack of movement so I fell and kept on trying to get back up all while the school laughted untill a teacher finally pulled me away. I was also segregated from the rest of the mainstream classes because of my dyslexia and put into a class of around 7 untill I was taken out by my mum and home schooled for around 3 months untill the end of year 6, this caused me to miss my sats. Then I when to the academy where I was put into a step up program because of my lack of sats results. I graduated from step up at the end of year 7. Then the beginning of year 8 began and this is when the bullying got really bad mainly because I had none of the friends from step up as I was in a different class and they were still there. However, it did get better because I met Micheal, my best friend. There was also alfie who was our friend but like a third wheel. We used to tease him (which I know is very wrong and I only did in an attempt to feel secure about myself) relentlessly. This was untill, about a year ago when people who had particularly high scores in DT got letters inviting them to go to a DT specialised school, I didn't get a letter but they both did and they both when, the funny thing is that they were the only people who when out of the entire year. The year 10 came and I was alone for weeks untill I leached onto a group of friends who where kind enough to let me follow them at break, I don't think I am really their friend even now. Then year 11 came and here I am.

Sorry this came into a life story but I needed to let that out. 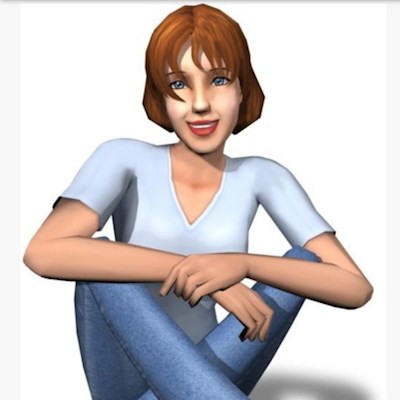 MorrowindMasterRace
To view profiles and participate in discussions please or .
2 Replies
•

I think most (I know I did) if not all people experience some type of bullying as people are VERY immature during school, although some bullying really can get out of hand. We learn a lot about social skills in all this. We learn what type of people to avoid so we can stay safe. We learn where we are most comfortable and with whom we share similar interests. It's really good that you recognize that you weren't cool when teasing your other friend. The trick is to learn from this and really treat others as you would want to be treated. It's a tough time in life but I bet if you are true to what you believe is right, people will really want to hang out with you because EVERYONE is going through the same sort of things. So social anxiety is way normal. Just do what you feel comfortable with. It sounds like the group of friends you said is kind enough to let you be around them aren't totally like you, but how cool is it to be with people different than ourselves. They can learn about you while you can learn about them. It sounds to me like you are out there trying and that's what it's all about.

And I know this is probably going to be very difficult for you, but don't take no for an answer from your Mom or any one else about getting help. Demand that you get the help you need, it's your life. Keep searching until you feel satisfied you have found the help you need. I was bullied as a kid and spent years needlessly suffering from social anxiety disorder because i didn't know I could get help or how. You don't need to wait.

started year ago when i got some big pain to chest and as they said in hospital.. my first panic...

Why can't i just get rid of this stuff?

I can't stand it anymore...it makes me want to end it all...i feel like im going to die everyday....

Can we just talk about disappointment?

kids who get everyone in trouble and were suspended many times last year except then they were...

I had an anxiety attack about the \"mandela effect\" ⚠️ TRIGGER WARNING ⚠️

breathed 3/4 times any who i dont want to discuss the mandella effect on this site because a lot of...

passed away when i was younger age 6 & 11, lived in foster home then bullying at school but got...