Clonazepam for Anxiety: So as I have... - Anxiety and Depre...

So as I have previously posted I have a heart condition called SVT that sometimes makes my heart go into panic mode around 180-220bpm which gives me GREAT anxiety.

I take Propanalol daily but recently I had a panic attack and at the ER it was suggest that I take a AS NEEDED Anxiety medicine.

My primary doctor chose clonazepam as the medicine of choice.

This would be my first time on a SSRI. I am really against taking anything like this so I would love some advice. 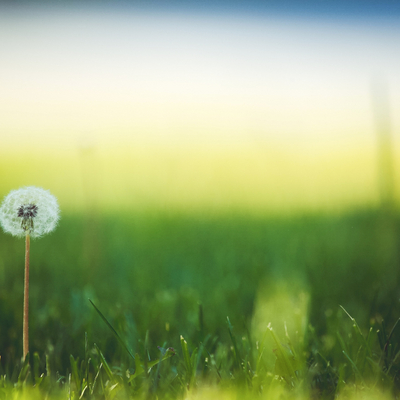 HelpWanted92
To view profiles and participate in discussions please or .
Read more about...
17 Replies
•

I love Clonopin. It helps so much with my anxiety. I can’t remember exactly how I felt when I first started it, but it’s definitely still something I like to take everyday. I just feel so much calmer after 20 minutes.

HelpWanted92 in reply to MariaLove123

Do you take it daily or as needed?? I hear allot of bad things about it and it just freaks me out.

With the Propanalol I’m taking, it makes me drowsy and I hear the main thing with this is that it makes you tired. Is that true?

MariaLove123 in reply to HelpWanted92

Any benzo is going to make you a little tired. I got used to it though and sometimes take half if I’m going out and have anxiety. But I always take a full 1mg around 6pm. What have you heard about it? I don’t know how it mixes with Propanol though. As long as your doctor says it’s fine. I’ve never really heard anything bad about it.

HelpWanted92 in reply to MariaLove123

I’ve read it causes mood swings, extreme fatigue, some people have even reported hallucinations. Of course I’ve read about it being addictive as well.

MariaLove123 in reply to HelpWanted92

Wow! I can totally see why you’re weary. I haven’t experienced any of those symptoms. I know a few people on it that also really like it. I guess you could try it and if any of these symptoms occur, stop taking it immediately!

ealissam in reply to HelpWanted92

I’ve only had issues with it when I got off of it. I learned to take it really slow but it was still pretty hard. If you take a lot of it, it can act as a depressant. And it’s habit forming so a lot of doctors won’t prescribe it quickly.

Whats the dose and how often are you to take it? Any idea how long you will be on it?

HelpWanted92 in reply to Blue333

I was directed to take .5 or 1mg, at most twice a day. But it is as needed so I can take it as long as I need I guess

I need only quarter of a .5 at stressful times, and I get very bad panic attacks. Less is best! Average about a .25 of a .5 once a week, if that.

Have you had any side effects?

Tiredness at times.. Can still drive

ealissam in reply to Jon1234

I agree with Jon. I am prescribed .5 three times a day. I only take .25 two times a day. Less is more with benzos I have found!

Hello there.,I’m sorry you’re going through this I do understand. I don’t have any other health conditions but I have been on clonazepam for anxiety for years now and it has really helped me. I take .5 mg just at bedtime. That’s how I prefer to take it. Good experience for me.. I hope it brings you some relief!

Must not have gotten my email.

If I were you I'd find another medical person to ask this question. And here's the reason why, every one of us on here may be taking clonopin for a different reason. Your doctor's decision to prescribe it for you sounds like his or her specific understanding of you. In my opinion, I think spending your time searching for a medical professional you feel totally comfortable around and that you can work with may net you more useful information that you can work with.

It’s not an SSRI, it’s a benzo so it works on the GABA receptors. This means you have to be extra careful if you consume alcohol (count 1 drink as 3, etc). Also if you do start taking it regularly you will build up a tolerance and dependence. Which means you will have to titrate off very slowly, never just stop taking it. I doubt you will have a problem since you’re taking it PRN. He/she probably picked this medicine because it had a long half-life so it will keep you calmer for longer but it is a sedative so it can make you sleepy. I’ve been on it for years but after 10 years I thought I didn’t need it anymore & had my anxiety all under control. It took about 9 months to get off of & it was pretty hellish. Consequently after all that I ended up back on it, on a lower dose. But I’ve done a ton of research & used to work on a psych unit so I’d talk with the doctors often. I had wished my doctor originally told me about the weaning off process when I had started!

I started it twice a day, a few months ago. I did not know it was "as needed". I already had exhaustion, do I can't speak to that as a side effect.

You said that your primary prescribed it. Do you have a psychiatrist or cardiologist you can check with?

Feeling Anxiety After Titrating off Clonazepam

My \\"new\\" neurologist said he would no longer prescribe clonazepam--2mg twice a day--as my...

Has anyone tried Clonazepam? If so, how are you taking it? Once a day or twice a day and how many...

have any effects on taking clonazepam neither positive nor negative i am taking that for 2 days i...

effect and my doctor added a new medicine along with these clonazepam 0.25mg for sleeping and to...

What can we do healthy for ourselves right now?

Overwhelmed and Mentally Exhausted - Where I am at - What do...

Something good about you