Duration of ADT: Just for a quick re... - Advanced Prostate...

Just for a quick re cap, diagnosed December 2020. RP January 2021 with Gleason 4+3, extra-prostatic extension, 1 node pos T3aN1. Started ADT and abiraterone then 4m later pelvic RT. PSA still undetectable and Testosterone <2. The original plan was for 2 years of ADT and AA. At ESMO 2021 Dr. Attard suggested that SOC should be 3 years of ADT for patients falling into this and similar locally advanced subsets. Anyone have experience with their docs recommending this longer duration?

ESMO 2021: Abiraterone Acetate Plus Prednisolone With or Without Enzalutamide Added to ADT Compared to ADT Alone for Men With High-Risk Non-Metastatic Prostate Cancer: Combined Analysis From Two Comparisons in the STAMPEDE Platform 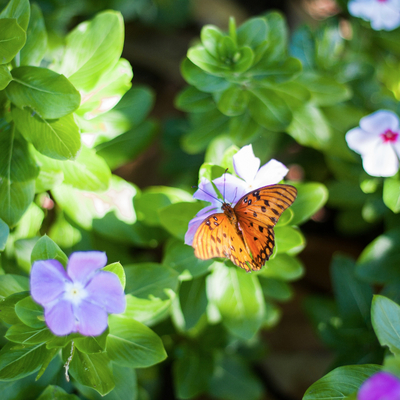 hg115pb
To view profiles and participate in discussions please or .
Read more about...
13 Replies
•

Attard's STAMPEDE analysis only included 3% of patients who had relapsed after prior treatment, so you shouldn't take it as applying to your case.

The trial used 2 years of abiraterone+ADT and compared it to 3 years of ADT in "high risk" cases. "High risk" in their definition was mostly newly diagnosed N1 (pelvic LN+) or 2 or more of (stage T3/4 or PSA≥40 or GS8-10)

Thank you. I do not fall into hi risk based on the second group of factors but dis have pos node. One learns to live with the treatment side effects but no great desire to add on more time

You were not newly diagnosed, right?

Radical prostatectomy 1/21. been on ADT and Zytiga now for 15 months. so fairly recent diagnosis.

Attard included patients who had had EBRT, so I can't say it doesn't apply, maybe it does. If so, 24 months was ADT+Zytiga treatment time -- 9 months to go.

You should not put a time limit on any ADT treatment. If it is working stay the course. Don't pile on other ADT drugs if the first is working. Save xtandi or other treatments if and when abiratorone fails.

I had the prostate removed 5yrs ago, Gleason 5+4 at one end and 3+3 at the other end. In 2019 discovered it had returned to the bones, ribs and sacrum, so started ADT on Zolardex, PSA immediately reduced to 0.06 within a month and 1 month later >0.01. It has been there ever since.Much as I would like to have a break from treatment and lose some of the side effects I am very reluctant. There are new treatment methods coming out on a regular basis and I would like to leave the decision to stop the Zolardex until it lets me know it's no longer working.

Thank you. I agree 100percent. New info seems to becoming available on a regular basis. Planning to review with my MO at next visit as well

My first injection of Lupron was May 3, 2004. My last on February 20, 2010. And my MO had to convince me to stop. My six month clinical trial had me on ADT for two years. At the end of two years, the situation called for a major extension. I would worry about two years or three years as your scope of disease will determine.

Topic to research and discuss is micro-metastasis. Unseen cancer cells floating around in your vascular and lymphatic system and new though is via nerve bundles. If known to be in one lymph node, then at some point there will be mitosis in other nodes and probably bone as well. Unless through systemic treatment, the unseen cells are wiped out. This is just pure logic.

I had Cyberknife radiation in February, 2016 that had the desired effect and lowered PSA to sub-1. Five years later, through regular PSA checks, PSA tripled to 2.1. Auxmyn PET Scan revealed spread to pelvic lymph nodes. Also, in the time it took to get multiple tests and the PET Scan, PSA rose to 14.1.

In October, 2021, I was put on ADT (Eligard + Xtandi) and it had the desired outcome - PSA 0.04, testosterone at 20. Told I would be on these as long as they were effective. However, I had a heart attack in Feb, 2022 that required a stent and chest pains in March, 2022 that required a week in the hospital and another angiogram. My Urologist/Oncologist, at the time I was due for my second injection of Eligard, moved me to Orgovyx because the chest pain/stroke side effects are less. Expectation is the same - I will be on this treatment as long as it is effective.

Thank you. My disease was locally advanced altho no one knows what the future has in store. In the absence of disease beyond the pelvis all the MO I spoke to had same recommendation of 2 years of ADT. I have an appointment coming up. I hope your therapy never stops working.

I have never heard my oncologist say that I could stop ADT. Ever. Good luck.

Duration of ADT until castration resistence

If you ask your doctor how long the ADT will work until castration resistence begins, he will tell...

Duration of ADT+Zytiga? Thoughts on when to stop or get another opinion?

Is it time to add Abi+Docetaxel to current ADT?

combination of ADT+ABIRATERONE+DOCETAXEL although early use it has benefits but we need to wait...