Zytiga, with and without food - Advanced Prostate...

There have been discussions on this group about taking Zytiga with a low fat breakfast and being able to reduce the dosage to 25%. Some studies reported that the results are the same as taking 4X the dosage on an empty stomach (the standard).

The potentially huge cost reduction along with fewer side effects are very strong motivators for considering that option. I expect my MO will not go along with that.

My question to this group is, how many of you have done or are doing the low dosage with a low fat breakfast? and were the results as expected (acceptable)?

Thanks for feedback on this. 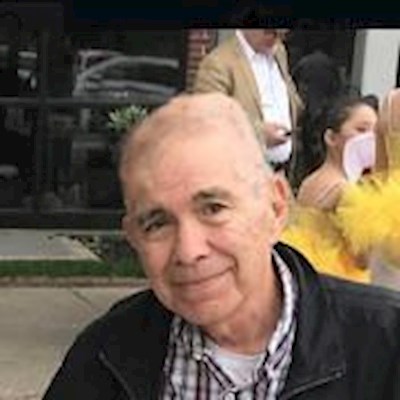 cbgjr
To view profiles and participate in discussions please or .
Read more about...
21 Replies
•

These were very small studies. Absorption is better with high-fat food. Make sure your Oncologist knows and monitors you closely.

with high fat, the absorption is increased 10X. But since the standard dose is 4 pills, one couldn't just take 0.4 pills instead. High fat content may also be harder to keep track of, more room for screwing up.

I don't think my MO will go along with anything other than standard dosage...

Here's what I've seen on the subject:

If financial toxicity is the issue, you should inform your Onc of the fact and TELL him you have to do this. I imagine that there is a lot of inter-individual variance in the abiraterone absorption rates (only the average effect on small sample sizes has been reported), so it is impossible to predict what the effect will be for you. I think this has to be closely monitored.

thank you! i wasn't aware of the second and third articles. There is general qualitative agreement on the effect of food among all three, but not quantitatively.

in the third report, this is especially puzzling :

In healthy subjects, abiraterone area under plasma concentration–time curve (AUC) increased ∼5‐ and ∼10‐fold, respectively, with low‐fat and high‐fat meals versus fasted state . In mCRPC patients, abiraterone AUC was ∼2‐fold higher with a high‐fat meal and similar with a low‐fat meal versus modified fasting state.

Why would the AUC be affected by being healthy or mCRPC?

I don't know why plasma abiraterone is so much higher in healthy persons than in men with mCRPC. Perhaps it gets pulled out of the plasma more quickly to affect the metastases.

tallguy2 in reply to Tall_Allen

Thank you for posting these specific studies. I will be taking them with me to my next appointment, which will determine how much, and when I am to take Zytiga each day.

I am right there with you, cbgjr! I finished Taxotere chemo on Sept 4 and will start abiraterone in late October, after all the Taxotere is flushed out of my system.

I have great group insurance, with a zero co-pay, so $$ is not the issue. My interest is: is there any significant difference in outcomes (QOL or LOL) by either method (1 vs 4)?

cbgjr in reply to tallguy2

the first two articles cited by Allen concluded that taking Zytiga at lower concentrations with food did not result in inferior results.

tallguy2 in reply to cbgjr

The maker of the drug does have a cost saving program if you qualify, my dad has just been diagnosed with stage 4 at 87. He and Mom are on Social security and are classed low income. Should qualify for a year supply free. Have filed the paper work waiting on the answer now. Fight the good Fight

thnx Larry. I did not qualify for assistance at this time.

best wishes for your dad.

Hello. My Dad was initially not approved for this drug through United Healthcare (AARP) part of Medicare. I called them and appealed their decision and received a positive answer in 72 hours. Then his med onc sent the prescription to US Bioservices and they requested funding through private organizations for his copay without him having to provide any financial information!

He received $3500 & that will cover approximately 3 months, then US Bioservices will request more funding and hopefully he’ll never have to pay for this med.

I would keep trying for assistance.

Best wishes to you.

thanks for that info, Ann!

I have been on zytiga for approximately 2 years. I take my zytiga on an empty stomach. I generally don't eat until around 10:30 in the morning which is approximately three to four hours after I take my zytiga. I generally just have a smoothie which consist of strawberries blueberries two Big tablespoons of yogurt one raw egg weigh powder with a lot of protein in almond milk mixed in a blender and drinking like a milkshake there is and it's that that is because the blueberries and strawberries are generally Frozen. I have been doing great on this regiment for quite some time now my PSA keeps down the highest it's ever been is a .75 . Which is well below. Good luck on your treatment

My MO was asked that question and he said to me which makes sence.

The medication works best on an empty stomach if you eat any kind of meal low fat ,high fat or other wise it should be the exact meal at the exact portion or you risk the reaction of the medicine being not as affective or too affective. I don't know about you but that makes sense to me. I take my Zytiga at 5:00 AM with a full 12oz. Bottle of Spring water and my PSA has dropped from 14.7 to undetectable in one month. I'm now going on 8 months with the same results and haven't waivered from the routine. If cost is the issue you should ask you Doctors to recommend some Cancer advocate groups they are out there and are life savers. Best of luck. Leo

thanks Leo. Glad to hear how well the med worked for you. My psa will be close to what yours was, when I start taking it.

The cancer center I go to looked into financial assistance, but I did not qualify. The cost of the med after medicare and supplemental plan copays is around 10K/year, even though I'm retired I could still afford that, at least right now.

But I'm still considering trying to reduce the cost and minimizing the side effects and risks without compromising the effectiveness. We'll see...

Isn't another factor being ignored? The original clinical trial used the higher dose and fasting. Consequently, that's the only protocol that can "officially" be recommended by NIH or used by Mds. Considering the shenanigans in the US govt concerning drugs, I would also note that the vendor makes 4x as much money, on an expensive drug (maybe $80K/yr at full price). So there's little incentive for the vendor to research lower doses.

cbgjr in reply to herb1

Herb, I couldn't agree with you more!!

" The original clinical trial used the higher dose and fasting"... that's the only protocol tested by the manufacturer way back.

It's not in their interest to find out if a lower dosage with food would work as well... Or any other way to reduce costs (and their profits).

Be careful Brother there is a very fine line between your health and the cost of keeping it.

The dr. In article recommending lower dose and low far meal is my first cousin , dr Ratain. He is professor of oncology at u of Chicago and wrote the book on clinical study procedures. He does not care about offending drug companies. They are worried about offending him. I wish about this when I was on zytiga.

35 Days Of Taking Zytiga With Food

regards to taking Zytiga with food. Best to all.

can I get zytiga/xtandi or do I need to find a trial?

Is there data that supports taking zytiga or...

and do not take with food. I came across a study on zytiga dosing and it stated to take fewer pills...

My husband has stopped taking ZYTIGA and is now taking Xtandi . I have 40 Zytiga pills all in the...