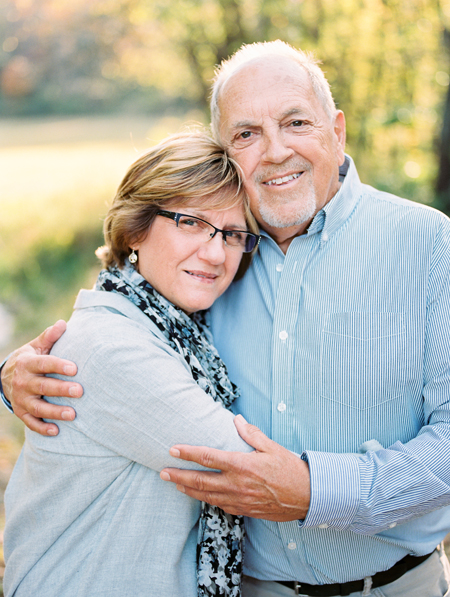 Hi guys! I'm a new member. I thought I'd take a moment and introduce myself and share my dad's story. It's a bit lengthy, so apologies in advance! =)

Three years ago, by the fault of a drug-using, drug-dealing doctor my dad's PSA was rising, unmonitored and unaware. My 74 year old dad had developed a severe back pain that he simple attributed to lifting too heavy boxes during his recent move. He went to his MD but was declared in "perfect health." (The DEA would later bust this doctor for his drug-dealing and determine that none of his patients had lab work completed as he had claimed. They concluded that he was probably tossing their blood samples rather than running them in their "in house" lab.)

It turns out that it wasn't lifting that was causing the pain, but rather that his prostate tumor had caused his kidneys to shut down and had sent him into renal failure.

His PSA was 257, his kidneys were shutting down and he had metastasis to a nearby lymph node. They tried to get a biopsy but because the tumor was so large, they were unsuccessful. He's never had successful biopsy, so we have never been given a Gleason score.

His doctors decided to give nephrostomy tubes a try, but doubted that they would work.. saying that he would have to be on dialysis for the remainder of his life and that we should start considering hospice care.

The nephrostomy tubes did work, though and after 6 rounds of chemo, Lupron and Casodex, my dad's PSA began to drop and his tumor began to shrink. He was able to have the tubes removed and his kidneys regained normal function!

This past June, was three years since they told us to consider hospice and his PSA continues to drop. His last reading was .05 and his oncologist (with the Cleveland Clinic) said that while we're continuing with three month PSA testing and Lupron shots, he doesn't need to see my dad but every 6 months unless something changes.

At this point in time, he's doing great. He deals with the side-effects from Lupron.. fatigue, hot flashes, etc. But otherwise he's enjoying life taking it one day at a time.

I was able to convince my dad's oncologist to set up an appointment with a genetic counselor to see about doing some genetic testing. My dad's mom died from ovarian cancer in the late 80s, my dad's sister had a run-in with breast cancer but is cancer free at the time and my little sister had a (benign) tumor grow so out of control on her ovary that they removed the entire ovary and tumor. So, we do have some family history. However, dad's oncologist doesn't believe that we're seeing an aggressive form of PC in my dad. He said that he believes my dad's is more low-grade and non-aggressive because of it's behavior and how it has responded to treatment. Still, I want to cover every base I can!

Anyhow, that is our story. I have enjoyed looking through other's posts and hope that I can contribute and learn a lot along the way!

Lynsi13
To view profiles and participate in discussions please or .
Read more about...
5 Replies
•

Here's a not-too-expensive germline DNA test ($250) his doctor can order;

So great to read, Lynsi! My daddy was diagnosed 2 days after Christmas at the ER with Stage IV, bone mets and lymph node activity. He saw the urologist on January 2nd, who started him on Casodex right away and then Lupron. His PSA went from 335 to 14 in 5 weeks. He is on Zytiga, Prednisone and Lupron and he shot back up to 24 when switching to Zytiga and is now back at 13, his ALP is at normal (around 95 I believe, or may be less). He went in for a CAT scan on Saturday, and a new bone scan on Friday. Praying to God it comes back reflective of his new numbers! He had his prostate removed in 2002 and in 2011 he saw a urologist who noted his PSA slowly rising, and "supposedly" talked to my dad about hormone therapy (of course he did not or my dad would have) and only to find ourselves in this situation 7 days later. It SUCKS! But I'm glad our father's found a great team!

Greetings. Remember God is on his side.

You are a great daughter to take time and hang out with all of us on behalf of your dad.

first exam he felt the tumor. Gave me Lupron, a catheter and scheduled a biopsy. Tumor comprised...

I’m new here. Does Carboplatin sound right for my next course of treatment?

scan. Currently on Lupron but stopped Zytiga because my PSA is rising. My PSA increased from 0.13...

Hi we are new to this site

the hormone therapy (prostrape 3) Lupron, stops responding, ie his PSA starts to raise ? . As you...

Should I be concerned? Trying to talk myself out of overreacting!

diagnosed, his tumor was so large that it had caused his kidneys to go into failure and he had...

The term 'Castration' resistant/sensitive is offensive

Is it useful to get a PSMA-PET scan with low volume cancer, ...