What to do about muscle soreness and pain caused by ADD meds. I've tried Vyvanse, Adderal, and methylphenidate. Same results-pain. Help. 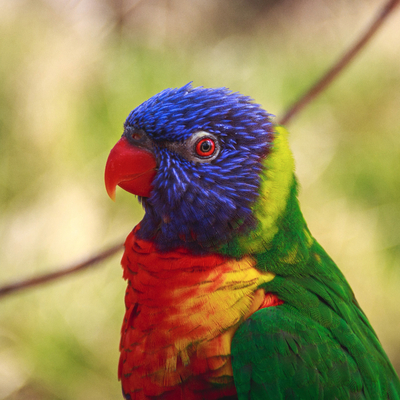 ptas
To view profiles and participate in discussions please or .
Read more about...
10 Replies
•

Hmmmm very strange I’ve never had any muscle aches from any of the meds you’ve mentioned.

Firstly what if any other meds are you ?

If you were say on med A&B plus your adhd meds,are meds A&B the same if so it could be the other meds if your on any not mixing well.

The only other things are have you enough salt in your diet or water.

As don’t forget there stimulants ie like speed which can rapidly dehydrate you.

Also don’t have grape fruit either

Hope this may help

Ps it could possibly be your just dehydrated seeing as our body is 75% water your muscles can get sore.

Also do you train or do manual labour ?

ptas in reply to Tiggerakafidgity

Thanks for the info. I only take spironolact. I've read it could be the extended release ingredients vs immediate release. Vyvanse doesn't make that, but Adderall does. I do yoga and make sure I'm not dehydrated. Tried a whole host of supplements and would love to stay on Vyvanse since its been the most effective for ADD and depression, but....that pain!!

Stimulants can make your blood vessels constrict, raise your blood pressure, and make your heart beat faster. In some cases, Adderall can cause further interference with your blood circulation. Your toes and fingers may become numb, or start to hurt.

ptas in reply to Tiggerakafidgity

Thanks for the info. Im gonna ask my Dr. to prescribe something thats not extended release. Read somewhere that could contribute to sore muscles. Or I may try brand name concerta. Also read that generic methylphenidate is nothing like the brand name.

I had some of that also and lowering the dose helped. It’s a compromise either way. Yoga and massage help. But all the meds seem to tighten me up all over. If I take as much as my brain needs to somewhat function, def side effects.

ptas in reply to Laurabb

Thanks. I lowered the dose of Vyvanse from 30 to 20, then to 10mg, but to no avail. Still sore muscles and not the kind you can just massage away like after an intense workout. So sad. Feel like a 95 yr. old body with a 25 yr old brain when I'm on it. A cruel joke.

laurent557 in reply to ptas

I get that too. I HAVE to stretch every morning. I do neck exercises and 30 min of yoga and that usually gets my body relaxed enough for the day. I also try to take a 30 min walk at some point or an hour workout if I can. That will definitely help.

Is yours in your shoulders and back like mine? I do neck stretches: look left to right, up to down, side to side, all 8 times each and repeat, then do neck rolls 8 times each side. Do shoulder raises and drops 8 times, then separate shoulder raises 8 times, bend over and stretch my hamstrings and let your head and neck fall. Walk out into downward dog.

This is necessary for me everyday or I am in excruciating pain because of my Extended release Adderal.

Also try to drown myself n water all day!

Wow!! Yes. Exactly in my neck and shoulders and it is excruciating. I actually stopped taking Vyvanse because of this and it broke my heart. That was the only med that addressed ADD and depression for me, after 20 years on bupropion. So if you do all those exercises religiously every morning after taking your med, you don't get any pain in early afternoon or evening? I just bought L-arginine and coq10 supplements to address vessel constriction, but I will def try all the exercises. Also read that its the extended release factor that causes the pain. You've been a big help. So weird that so few of us get this side effect.

Did you ever find an answer to this? I’m in the same boat. Taking Vyvanse has changed my life! I can’t go back to how I was before. But the pain has been constant for 3 months, neck, upper back, shoulders. Every song day I’m in so much pain it brings me to tears. I do 30 minutes targeted yoga at lunch time, specifically for this area. Each day I have to stop work 1-2 hours early because I just can’t sit at the desk any longer, the pain is just too intense. So I walk 4 miles but it doesn’t help. Nothing helps. I drink about 1.5 -2 litres of water a day. Has anyone found anything that works? I can’t bare this any more. 😞

Ive been having gradually increasing somatic issues since i started taking this beginning of the year, ending with scoliosis and a re-slipped disk, as well as extremely tight hamstrings, neck, shoulders and back, along with what feels like tense wires pretty much all over, but primarily in the arms and legs (even the intercostal muscles between the ribs are so tight taking deep breaths can be painful).

I guess i just didnt connect the dots until recently when I realized that i kept my jaw and fists clenched passively. I have since gone down in dosage somewhat (from jan starting at 30 and gradually increasing to 90 and now down to about 60, taken as 30 + 30 with about 5 - 6 hours in between) what happened was that I lost some of the benefits of the meds, the passive clenching has improved a little but I can definitely tell that there is constant tension in my muscles.

What i find works best is simply moving and doing light physical work and/or ointments like icy-hot or a hot shower / sauna, either constantly or at regular and quite frequent intervals.

Basically trying to counter the stiffness caused by the meds by keeping the muscles warm.

One thing that did help was that I got a standing desk with a high chair which allows for switching between the two should one become uncomfortable.

Sometimes even the lightest workout can do wonders as well, maybe get a balance board or rubber band for some light excercises that can be done while remaining stationary at your desk? Or go for a brisk lunge walk to the toilet / coffee machine every so often, if you cant justify doing squats at your desk.

I did however read a medical report on this recently where a patient had decided to stop taking the medication and 5 days later was well enough that he could resume physical activity (from being in so much pain that he couldn't, for reference, the patient was 12 years old).

Bar quitting vyvanse or finding a dosage low enough that countering it with lifestyle choices I don't think there is much to be done about the cause of the issues, unless its some complex chemical interaction causing nutrient deficiencies in the muscles themselves or something of the sort, but since I ate magnesium, iron and general purpose vitamin supplements with no noticeable change I don't think it's anything I could do anything about anyway.

I've decided to have a weeks pause to see if there are any improvements and try to weigh them against losing the benefits of vyvanse, and then simply try to decide whether or not id like to put the extra effort in a day towards being pain free or towards trying to remain organized mentally.

Personally I feel like the constant pain causes my adhd problems to magnify significantly as the pain tugs at my attention constantly, so should I find I can only get improvements by quitting vyvanse entirely I'm sad to say I would have to, despite feeling like you in that it has improved everything else significantly - but no amount of improvements to my calculus is worth feeling like a stiff 80 year old in constant pain and discomfort.

I have been on Vyvanse 40mgs for about a week and I do not feel any different. I was on Aderall...

age. It explains so much about my whole life! I tried my first dose of Vyvanse yesterday (20 mg),...

I've had to apologize to coworkers recently. What's strange is that before Vyvanse, I...

XR for about 8 years (the last two of those years were a mess). He then was changed to Vyvanse 70...

Vyvanse - First week, a bit of a rollercoaster?

with Adult ADHD about a week ago at age 27, this has been a long life struggle of trying to work...

New here, not sure where to begin