Has anyone conceived naturally with PCOS? - PCOS UK (Verity)

I recently asked my gynecologist what my chances would be of conceiving naturally and he said 'I won't say zero but very low' which made me think all this time has been wasted with charting my cycles and hoping for pregnancy month after month.

When I tell family members I have PCOS they brush it off and say it shouldn't impact my ability to fall pregnant... this annoys me that it's downplayed as clearly it's stopped me falling pregnant for all this time!!

Has anyone with PCOS conceived naturally (without ovulation induction medication, IVF etc.) and how long did it take? 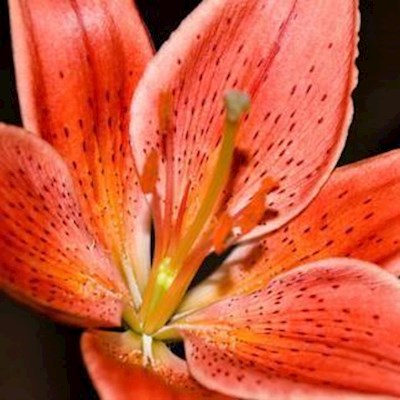 CoralCats
To view profiles and participate in discussions please or .
Read more about...
9 Replies
•

Myself and my sister did, and I've seen others also say the same on here. Have they checked whether you are actually ovulating? As that is a good indication you will fall pregnant naturally or not. How long have you been trying? It took me over year everytjme to conceive.Have you tried myinstol, it is supposed to help PCOS product such as Myova or Alpha infolic.

You may be offered fertility treatment to help release eggs, but then that comes with its on issues, multiple births which are more risky..

Then IVF, if you are desperate for a child and you have tried say 2 years to conceive, depending how old you are I guess..it might be your only option. I know people who have tried for 5 years..and now how children.

That's good to know that you & your sister conceived naturally - how long did it take you both?

My GP done a 21 day blood test and it showed I didn't ovulate. I've also tracked my ovulation using Clear Blue for the past 12+ months and some months I do ovulate but very late and I understand this means low quality eggs.

I tried Pregnacare which had Inositol for about 6 months but this didn't help regulate my cycles.

I've been trying for almost 18 months. I started trying when I was 27 and my partner's a similar age and we are both healthy weights.

My gynecologist is planning to give me Clomid or Letrozole and potentially Metformin which I understand can be risky for people with PCOS as it can cause more eggs to be released.

I don't know how long it took my sister but like I say it took me a year. I was told to have sex every other day. Have they tested your partner?

All I will say I have been pregnant many times and had many losses, I'm in my second trimester now, I am 37 though and I was first pregnant at 34. I've always conceived naturally, but if I hadn't IVF was my next step, as Clomid is too risky in my situation. So age maybe more on your side. My sister was 24, so age again may have been more on her side, her little boy is 5 now.

My brother and his partner tried for years, 5 years I believe with no luck, and were about to do fertility and got pregnant naturally. Their child is also 5 now. I don't know if the issue was PCOS, but I sometimes think if the situation is stressing you out it doesn't help conceiving..not that PCOS isn't a real medical reason to why you would struggle.

The good new is you are ovulating, although irregularly. I didn't realise that later ovulation meant bad eggs, I believe I alway got pregnant most the time after the ovulation window, so later and maybe why I've had so many miscarriages. But like I say I'm in my second trimester now, all looks good so far, so may worth just trying that week after as well and not just stopping if you think you've missed the window. My fertility nurse recommend not using the strips, as may you miss the window of actual ovulation.

As you say you still have the fertility drug as an option. And IVF if it gets that far. You have time on your side, although it may not feel like it. Good luck on it all!

It's been almost 18 months of trying for us, just feels like it's never going to happen naturally

as we've not fallen pregnant once in that time.

Yes, they tested my partner in January and he was all fine.

Do you mean to say Clomid is too risky for people with PCOS? I asked about OHSS etc. and my gynecologist said the risks are zero and only come with IVF apparently...

I try to minimise stress and anxiety generally and have been much better this past 6 months although still suffer from depression as nothing ever seems to go right for me, with jobs, health etc.

To begin with we were having sex every other day from when my period stopped to when my next one came but as my cycles were crazy (26 to 42 days) that became difficult (I either came on much earlier than planned or thought my period was missed and I might be pregnant!). Ever since PCOS was diagnosed I've relied more on the ovulation tests. I find they work for me, as when it says I ovulate my period comes early, and when I don't my cycles are 40+ days.

Because I had a late miscarriage, I'm too risky to put on Clomid, as multi births are a risk in pregnancy. I was to high risk for that. Had nothing to do with PCOS l, I would guess PCOS sufferers would be the main people using the medication.

I actually got pregnant straight away first time, couldn't believe our luck..as I have many friends who tried for months and years. But then a had a miscarriage. Each time after that had been a year for me. I have irregular periods, but didn't have periods for years. I think its positive you are at least ovulating and having periods, although irregular.

Good luck with everything. You still have options if you can't conceive naturally x

Hello, I am 38 years old, have PCOS (both ovaries), and have my period once a year, twice if I am lucky without treatment so do not ovulate much

I was prescribed Metformin which did not help at all and made me feel sick, then I took Clomid for 3 cycles and stopped in February 2020. I got pregnant in April 2020 naturally, before starting IVF (privately , NHS has been a nightmare for us and drove us mad for 3 years). According to the doctors, I got pregnant naturally, personally I think Clomid helped. I had between 0-5% chance to get pregnant according to doctors. And now I have a 5 months baby girl

I don't know what helped, Clomid or the fact that we were in lockdown, everything was shut so I gave up.

It has been incredibly hard but we have been very unlucky with NHS.

I hope it will work for you, I know how exhausting it can be.

CoralCats in reply to annouchka

I have PCOS in both ovaries too

so there isn't 1 that works well unfortunately.

I'm sorry to hear you ovulate so infrequently. I ovulate sometimes but very late in the cycle and I've been told this means low quality eggs

Yes, I can imagine Clomid helping to regulate your cycles and preventing more cysts forming in those months. So happy for you

We've had a poor experience with the NHS, they have been very slow and forgetting about us with appointments, making false promises etc. If I knew the NHS would take such a long time we would have gone privately, as money isn't an issue. But thought as we've waited so long we may as well proceed with them!

It took me 5 years to conceive naturally, the town where i lived never offered me any help, i was just told to get on with it, it wasnt till i moved and went for my scan on my ovaries that i found out i was 6 weeks pregnant. Me and my husband was trying again and i was put on metformin but after i had a sacre a couple of weeks back we aint trying no more.

CoralCats in reply to sweetchild1989

PCOS seems to impact everyone differently, some people have no issue conceiving and others it takes years or fertility treatments to conceive.

So happy you fell pregnant

Trying to conceive with PCOS

hoping for help! Have any PCOS sufferers had any luck getting pregnant naturally? My husband and I...

a period every 3 months(if I am lucky).

I use kindara on my phone to track my cycles but don’t do...

PCOS and trying to conceive

Hi everyone. I got diagnosed with PCOS over a year ago now. It came about as we were trying for a...

Pcos,metformin and not wanting to conceive yet

there. I was diagnosed last Jan with pcos and then fell pregnant whilst taking metformin and on the...

Getting fed up! Day 8 now on my period