Bit of background...I was diagnosed with PCOS in 2012 after not having a period for roughly 2 years (which was great, but obviously knew something was wrong!). I was on the contraceptive pill (& also tried the patch) from 2007 until about 2010 when I decided to have a little break hence why I noticed my periods weren't normal.

I went back on the pill after diagnosis, and stayed on it until January 2019. I am not planning a pregnancy and am in a long term relationship, but I didn't want to be on a the pill anymore as I suspected it was playing havoc with my emotions.

I expected not to have any periods for a little while as my body adjusted, but my first one came in January as expected and then thereafter came every 5 weeks (give or take a day). That was until about 6 weeks ago. I am currently 11 days late for my period. I've taken a pregnancy test just to check and it was negative.

My question is, has this happened to anyone else? I know due to PCOS my periods can be irregular, but they resumed so quickly after coming off the pill I just wonder if this is something I should go to the doctor about, or wait a bit longer?

Any suggestions on this will be greatly appreciated! 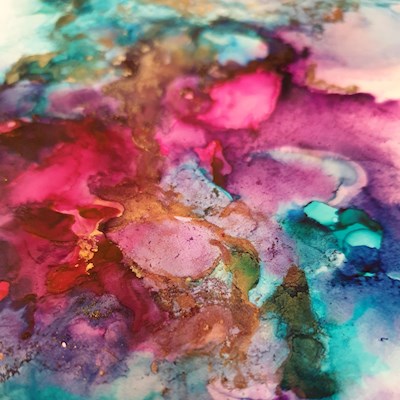 rach2207
To view profiles and participate in discussions please or .
Read more about...
9 Replies
•

It is quite common for periods to regulate a bit after coming off the pill but as the months go by the pcos can rear its ugly head again. They do recommend staying on the pill until you want a family as it increases your chances of conceiving. I presume you are using other forms of contraception currently? When did you do a pregnancy test?

Have you noticed any other symptoms returning, have you gained any weight or anything?

Thank you for replying.

Ah I suppose that makes sense that it can just resort back. I am currently not using any other contraceptive methods, apart from condoms. I did the pregnancy test 2 days ago.

I haven't gain any unusual amount of weight. My weight has been fluctuating over the past few years due to a decrease in exercise, currently being the heaviest I've ever been (previously 8-9 stone, but now 10 stone).

It could be that slowly the pcos symptoms are increasing - stick to low GI type diets, in my opinion white carbs are the route of all evil when it comes to pcos and just makes the symptoms worse!

Yes, I think I need to switch my diet around to see if that improves anything. Thank you for your advice!

Exactly the same happened to me! Very very similar story to yours in all respects - came off the pill a year ago, and had periods every 5-6 weeks for 5 months until they completely stopped in January. Had some spotting in April, and then an induced period after taking Noristherone (sp?!) so that I could have my fertility testing done. Keeping my fingers crossed this puts things back on track! Have you asked for anything to bring on a period? I must admit, my doctor wouldn't prescribe it but it was the first thing they did in the Gynae appointment.

Hi, it sounds like this isn't uncommon for PCOS sufferers then when coming off the pill! I haven't been to the doctor yet to discuss my options, because I'm pretty sure they'll just try to force me back onto the pill. Thank you for providing your knowledge on the situation, I'll have to look into things to induce a period and suggest them to my doctor!

GP's are weird sometimes, they seem to think that having no periods is great but actually can cause issues by not getting rid of the lining. You need 4 periods a year to keep it healthy. Sadly there is still a lack of knowledge when it comes to pcos so ask to be referred to an endocrinologist (not a gynae unless fertility). Also look at the NICE guidelines on pcos as it says what to expect from the NHS when it comes to pcos.

Going through same thing. Let me know your outcome!

rach2207 in reply to Healthyveggie

I'm glad to hear it's not just me (however I wish none of us had to suffer with this!). I'll keep you updated on what I find! So far, it might have to be medicines that induce a period maybe if contraception isn't something that's wanted? Norethisterone and Provera are two I've heard of so far so will be doing some research into those!

been diagnosed with PCOS. I've always had fairly regular periods (average 32 days) until I started...

PCOS no period in 2 years

Hi guys I have PCOS and since my doctor told me to take the pill my period has stoped and it hasn’t...

diagnosed with pcos 6 years ago. I don't have regular periods. Its been a year I don't get my...

LOSE WEIGHT! & after I've achieved that we will take it seriously or .. take the PILL 🤦🏻‍♀️.. I

New to pcos, trying to conceive for over 3 years-here for advice

over 3 years now with prolonged periods and months without having periods at all. I had sever...

Guidance and Support with PCOS

Is it possible to have PCOS without hormonal imbalances or w...