Has anyone any experience taking Propranolol wi... - Thyroid UK

Just had a very quick look at Dr Lowe's pages and read that Propranolol is a no-no,as it's a thyroxine blocker. I was put onto it when I was hyper to get rid of tremor. I'd been taking it for some years after RAI sent me hypo,not knowing. When "they" realised, they asked me to tryto come off it; I did butthe tremor returned with a vengeance and my GP rapidly put me back on it. Does anyone know of an alternative I could try? I do still shake markedly but I've learned to cope with it. It would be nice to get shot of the shakes altogether and get off Propranolol. 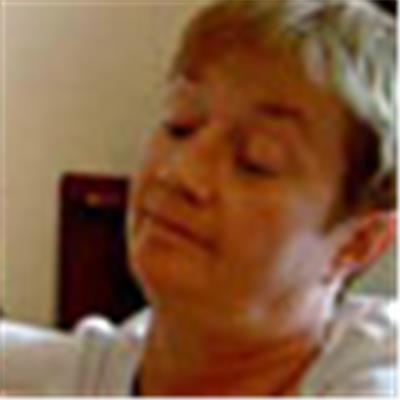 mumcat2
To view profiles and participate in discussions please or .
Read more about...
18 Replies
•

Maybe Dr Lowe was talking about propropanol being given to patients who were having palpitations due to levothyroxine. I myself was given propropanol but when on the right meds the palpitations stopped and didn't need it.

If you are taking it for tremors/shakes, I think you haven't much of an option but take it about 4 hours away from levo. If you feel well on your dose of meds, I think that's the best route.

Another member may have another solution.

Hi just to say that I am on it along with lossartin for high BP and I mean high, finally with this combo my BP is now text book perfect 120 over 80 its taken nearly 2 years to get it to this by trying other BP tablets...I am on T3 only and am no where near as well as I used to be, but I am able to function to a certain level, but have no idea if the propranolol has caused any problems... Best wishes D

Thanks for your replies. I've been browsing and found a study whose main thread says

This is from 1991. If anyone wants any more PM me as I'm reluctant to type email addresses in this app as it takes you straight to the link (anyone know how to stop this Android default?)

It does defeat the object of medications you have to take, if one of them interferes with the other(s) particularly if you are unaware of it and may wonder why. You are right not to type emails. Anyone can private message you if they want more info.

missdove in reply to shaws

It does make you wonder!!! But I know my BP was fine until I became unwell and was untreated for an under active thyroid, and now have so many health problems 4 years on!

Also just read that coming off propranolol can worsen your thyroid symptoms and even cause a thyroid storm! And it appears that it can change the results of thyroid blood tests by increasing T4 and RT3 and decreasing T3. Me thinks a little chat with one's GP is in order :-S

No doubt on that one. When I tried to come off pp I reduced it by one dose at a time - it took me three and a bit weeks,and as I said, didn't work. Bah humbug!

marmaris in reply to mumcat2

I was put on this some years ago, I believe it is classed as a beta blocker, my then GP said it would help as a relaxant as I was suffering from Anxiety. Stopped it ages ago, but it just goes to show you what the GP's dish out when they know that you are hypothyroid.

Shakes and tremors make me think adrenal. Have you had the saliva cortisol test done? There's a good adrenal questionnaire here adrenalfatigue.org/take-the...

mumcat2 in reply to rosetrees

I do have loads of symptoms which could be adrenal fatigue. When I saw my endo a few weeks ago, I was trying to tell her about the postural dizziness and low BP I had recently. She made the classic non-reply of "Hmmmm" and nothing more. I think I did manage to convince her that I mean what I say, as I'd gone in to her so quickly I'd not had the usual weight and BP done. I went and had them done immediately after leaving her. The administering nurse nearly had a dicky fit and galloped off to fetch the endo;my BP was 97/47. Endo required an immediate short synacthen but the only answer I've had about this is that my peak cortisol was 850. She doesn't say what the baseline reading was,and as you know,a single number is neither use nor ornament. I've written twice and asked for this and my other thyroid results, tested at the same time, and had no reply. I do wish people would at least have the courtesy to answer hand - posted letters!

To continue,I'm hoping to get my own GP to order me the saliva cortisol test,though I'm not sure the NHS has got this far.

rosetrees in reply to mumcat2

Order the saliva cortisol test from Genova UK or Blue Horizon (instructions on the main thyroiduk.org website). I self-treat with guidance from Dr P. It has made a HUGE difference to my cardiac symptoms - as in they've almost gone, and I've had them for nearly 40 years. If you want to know what I take, you are welcome to PM me.

Edit: Woops - I see we cross posted there re saliva test. You have B all hope of getting it on the NHS.

silverfox7 in reply to rosetrees

I sent for one and my GP glanced at it and said she didn't know what it was about!

rosetrees in reply to mumcat2

I seem to recall someone, somewhere, saying that Southampton University (do they have a hospital?) were doing the test for the NHS. Not sure if that's right, true or totally misremembered.

marmaris in reply to mumcat2

I had the same synacthen test done a few years ago, pretty useless really, just told normal. Right what is normal then?

HI, I have been on 20ml propanonal for about 2 years now. Taking one every morning as I woke up with palpatations.Also taking more if I get palpatations during the day. I have been lucky enough to find a Dr. who has treated me correctly an upped my thyroid dose and put me on b12 injections. Reading your post reminded me that I have not taken ppl for three days! Have not had the palpitations and forgotten about them. I know that one is meant to wean off them and not stop taking them completely. Will wait and see what happens

Hi It is a beta Blocker. all Beta Blockers effect the thyroid blood tests, not the thyroid themselves. They give a false result. it is very important to take them after the test on that day, like with thyroid meds.

There are varies beta Blockers, some suit the patient more than others, I find Nebivolol better, slightly dearer!

From my experience i coped fine on propranalol and my block and replace meds.Levo and Carb but i was only on the beta blckers for about a month and then my rapid heart rate came down and tremors started to subside.

I had a heart attacl and stroke plus O have angina. At first they prescribed Propranalol for my blood pressure (sorry I'm dyslexic) but it made me really ill so it is now on my notes saying I cannot take it same with beta blockers. There are contra indications that thyroxine and propranalol may not work right together but some people can take it without side affects even when they are on thyroxine it seems to be an individual thing.

should I take Propranolol with an overactive thyroid?

Has anyone experienced becoming sensitive to thyroid meds after years

Hi does anyone have experience of taking Natural sources Raw thyroid?

Has anyone any experience on myxodema

Any Ideas on my thyroid meds?

the time. I suppose I may be hyper but don't feel much different from when I was on a much lower...

I am really needing some help