Took Metropolol for 8 days and had horrendous side effects and was prescribed them due to high heart rate. Decided to put myself back on Propranolol as didn't have side effects when taking them in the past despite knowing how they affect thyroid conversion. Been back on them now for couple of weeks and guess what? They're causing insomnia, so having to experiment with daytime doses to try to avoid lack of sleep. Anyone's experience of this would be helpful to me as no intention of trying any other beta blocker after the Metropolol nightmare. 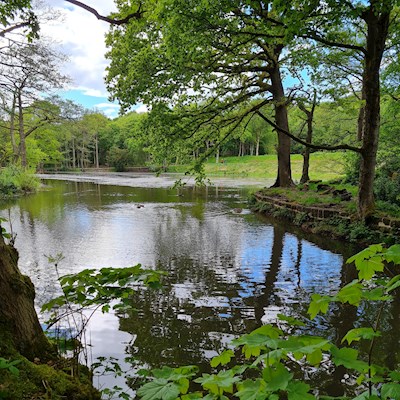 sobs1962
To view profiles and participate in discussions please or .
Read more about...
16 Replies
•

Propranolol has a relaxing affect for most, but it can also affect melatonin which is a hormone required for optimal sleep. this can lead to difficulties falling — and staying—asleep.

What dose are you taking? could you manage a slight reduction which might stop the insomnia.

Long term use can reduce magnesium levels. I take 400mg magnesium citrate powdered in drink a night. This can helps with sleep too.

I took them 8 hourly. I was told to cease them by specialist but this triggered migraines & GP put me back on them.

I very slowly reduced the dose now I take 2 x 10mg, but I seem to be quite sensitive to it and start to have symptoms if I take late. When I do start to get a migraine I tend to take a one off higher dose.

sobs1962 in reply to PurpleNails

Thanks for reply, am currently taking 10mg x 4 daily at 10am,2pm, 6pm and 10pm as effect apparently lasts,3-6 hours. Don't want to take more than 40 mg daily unless it's absolutely necessary, due to it's affect on thyroid hormone conversion. So have decided to take 2 10mg tablets at 10am and then 1 10mg tablet at 2pm and 6pm so not taking a dose late at night to avoid insomnia. My psychiatrist put me on melatonin tablets about 2 years ago as was,taking high dose (160mg) prolonged release propranolol at the time, have been taking 2 melatonin tablets each night since then but may have to increase to 3 if propranolol is affecting my ability to sleep. I wish the doctor had never ever put me on propranolol as they cause so many problems and I had come off them completely over a period of 14 months but they say my heart rate is too high (90-120) and they are pretty much blaming my thyroid for it. Honestly the off label use of propranolol for anxiety causes more problems than it helps.

PurpleNails in reply to sobs1962

When do you wake & go to sleep?

Have you taken evenly and found that is when you are kept awake. I was also going to mention the difference between standard & sustained release. Surely a sustained release is better for over night.

It’s interesting you already have prescription for melatonin already.

sobs1962 in reply to PurpleNails

Yes, it is although psychiatrists have much better knowledge of how drugs affect the brain and mental health and the impression I get is that GPs don't believe that the effects of beta blockers cross the blood brain barrier, when clearly they do, must be how they're trained or the fact that they don't make any attempt to update their knowledge. We appear to be fighting a battle with a medical profession who only think they know it all and are doing us more harm than good.

Hello, my daughter used to take proprananol for anxiety and always made sure she took her doses before about 3pm or she said it interfered with her sleep. I take it for migraine prevention and take my last dose at 5pm.Any later and I've found it disturbs my sleep and I have hallucinations. Hope this helps.

sobs1962 in reply to Cavapoochonowner

Thanks for that, didn't think propranolol was a problem in the past however, my psychiatrist put me on melatonin tablets as wasn't sleeping, so clearly it was a problem but was on a much higher dose 160mg , back then and don't really understand why a quarter of the dose can cause the same side effects,honestly, it's all a bit of a nightmare and most days,I wake up feeling exhausted and very grumpy and don't know if it's my hypothyroidism causing it or side effects from beta blocker and the GP isn't much help as doesn't seem to have much of a clue and happy to use me as a guinea pig for new drugs.

Unfortunately, I'm well aware of this ,but they want my heart rate down and having such horrendous side effects from taking metropolol has put me off trying anything else and have tolerated propranolol well in the past. Seems to me to be a toss up between having a "normal" heart rate or extremely sluggish thyroid. Am seeing doctor next week and will voice my concerns. However I was talking to someone on a Facebook group last week,who told me she has both Hashimotos and Graves disease,it's very rare but can happen and maybe I have the same problem as my TSH has been suppressed the last 3 times blood tests have been done. I honestly don't know anything , anymore and feel like they are experimenting on me and I'm not happy about it.

I have been told this by someone else on here, but am very reticent to try another beta blocker or calcium channel blocker after the headaches, extreme fatigue and terrible confusion and disorientation that Metropolol caused. Don't know what the solution is but I'm feeling like most of it is experimental and hope they realise that we are living breathing human beings and not lab rats.

I take propropanol at bedtime - due to levothroxine causing immense palpitations when first diagnosed - the most high pulse was during the night.

I had many heart tests but eventually the cadiologist who was puzzled by my overnight palpitations was considering puting an implant in my heart to 'see what was going on'. Just around tha time, the endocrinologist added T3 to a reduced T4 which resolved my palpitations.

T3 alone was eventually prescribed and I have had no heart palpitations any longer. No implant was needed.

I think that proves that both high heartrate and palpitations are symptoms of being undermedicated. Try getting most doctors to believe that as they are stuck with the idea that hypothyroidism only causes bradycardia. Sometimes I just feel despair when I think about what future doctors will have been told during medical training.

shawsAdministrator in reply to sobs1962

I wasn't undermedicated - it was just that my body couldn't cope with levothyroxine and it was levo alone that caused them. All symptoms resolved with T3 (Liothyronine ) alone.

mauschen in reply to shaws

T3 resolved my palpitations too

I take propropanol when I go to bed and I swallow it with one glass of water. I have no problems with propropanol but did when I was given other betablockers. A cardiologist prescribed this for me as he was puzzled as to why I had palpitations.

Well, on the subject of self diagnosis, my husband tells me frequently not to do it and that's why we have doctors. Unfortunately he just doesn't understand how woefully poor the knowledge of most GPs and endos is. So unless we get the knowledge and treat ourselves obviously without prescription meds as only doctors can give us those.

That’s very interesting, can you please point me in the direction of scientific research which supports this conversion issue

lowest dose of propranolol that can slow heart rate without interfering with t4 to t3 conversion...

has anyone taken Propranolol while taking levothyroxine and if so what are thee effects, good or...

of taking them as i dont want to become hooked or suffer nasty effects. He has prescribed 10mg at...

for a while regarding taking propranolol with Hashimoto's and the effect it has. After reading a...

Is Propranolol Safe for Hypos.

SSRI'S are sometimes prescribed for PPPD, but my GP suggested propranolol. At a low dose. I'm very...