Buying in Levothyroxine from abroad, some help ... - Thyroid UK

Hi, thought I understood this totally when I left the Endo earlier, now I realise that I possibly don't...brain fog me?..nah! Right, he explained the difference between Eltroxin and Mercury Pharmacy's brands - despite the compound being identical, it's that Eltroxin is a slow release and that is what makes the difference for some of us. However the brands that may be suitable for me (i.e. slow release) aren't available in the UK, so he says go ahead and see what I can buy in from abroad. He mentioned some producers GSK, Novartis and Senofi but having looked at their sites, I am none the wiser. I currently take 100mcg of Levo and 20 mcg of T3 but have reached a plateau and symptoms are returning. He is loathe to up the dosage on either as he feels that I will eventually reach another plateau and so on and so on. I think if I pushed he would have increased, but I have total faith in him, so will agree. Any help/direction please? Thanks. P.S. He was very encouraging of this site by the way! 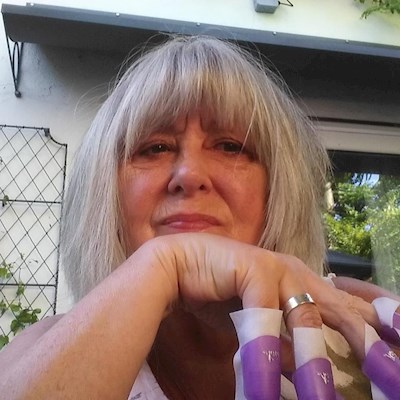 liz1952
To view profiles and participate in discussions please or .
Read more about...

What a pleasant surprise - an endo who seems to care about, and know about, thyroid patients and their treatment. Wish my endo was like this. Interesting to hear about the difference between Eltroxine and other Mercury pharam levo as since changing a couple of weeks ago I find myself in trouble again with heart palps.

Will be keeping a close eye on this questions to see if anyone has any answers for you as unfortunately I don't.

He is delightful and yes, such a pleasant change. He has said if I can find anything, run it past him and he will check it out.

Ooooo - can I pick your brains if you find something and your endo gives it the o.k. please as I am really stuck since they have withdrawn Eltroxin.

I will do some research tonight to see if I can find anything.

He said that about 10% of his patients had reported issues since the removal of Eltroxin, guess that's just from all he has seen too..hmmm. Will update as soon as I have anything to share. x

Fruitandnutcase in reply to liz1952

Is Eltroxin more expensive to the NHS or do the drug companies not make as much profit from it? Does anyone know why it is difficult to get in the UK?

How good to have an endo who is encouraging about this site. Lucky you

Marle88 in reply to Moggie

If you're in the UK you can buy generic levothyroxine here without a prior script with an easy online medical consultation reliablepharm.com

Clutter in reply to Marle88

This post is 3 years old. Eltroxin used to be available in UK.

Eltroxin is definately not a slow release formulation if that was the case levothyroxine would be taken more than once a day I think the endo needs to go back to medical school!

There seems to be some confusion going on here. I can make no sense of this:

the difference between Eltroxin and Mercury Pharmacy's brands - despite the compound being identical, it's that Eltroxin is a slow release

To my knowledge, there is no such thing as 'slow release' levothyroxine. Definitely not in the UK, nor in the US, nor any European country. If anyone knows differently, I hope they'll speak up! Of course it might be possible for a 'compounding pharmacy' to make such a medication, but this would have to be done as a special order and would I'm sure, be extremely expensive.

If you mention “Eltroxin” and “abroad” you could be opening a can of worms!

As I posted the other day, there are many products on the market around the world with the brand name Eltroxin. They vary considerably from one to another.

I believe UK Eltroxin is NOT slow release. It is listed with two names:

Name of the medicinal product

That is, a prescription for levothyroxine can be (and often has been when available) fulfilled by a pharmacist with UK Eltroxin. If there were a qualitative difference, I am sure that would not be permitted.

That is not to say Eltroxin gets from tablet to bloodstream in exactly the same time as another product such as Actavis or Wockhardt. There might be some modest difference one to another. Some such difference might be why Eltroxin has been felt to somehow be “better” than other products.

Moggie in reply to helvella

I knew something wasn't quite right but am so desperate to find another form of T4 that will stop my heart palps.

There MUST be something different about Eltroxin as, on here alone, there has been several reports of heart issues once being switched to the mercury pharma generic brand.

I am going to contact me endo to inform him of the return of my heart issues and see what he suggests.

I can see that a particular tablet formulation can take longer to dissolve and therefore release the hormones at a different rate into the body. That might be what Liz1952's endo actually meant.

That doesn't answer the question of why people are reacting differently to MPharma generic versus MPharma Eltroxin though, when MPharma themselves have been insisting that they are the *exact* same thing. Are they telling porkies? I *really* wish we could get to the bottom of this. <sigh>

Moggie, do your heart palps occur at a similar time after taking your T4, and do they subside after a certain length of time?

No pattern to them I'm afraid - although they are more likely to occur after eating, which could mean adrenal/blood sugar levels? My blood cortisol came back low so endo did a short synacthen test, which came back o.k. but we all know how that really is down to the endo's interpretation don't we.

The palps have calmed down an awful lot lately but I have had to reduce my levo a few times in recent months as they started up again which I am putting down to iron supplements - the more my iron levels increase, as they where very low at 12 and are now at 40'ish - the better I am converting hence the need to reduce.

My endo did write to my GP stating clearly (bold type) that my levo must be of a consistent type i.e. Eltroxin or Activis etc so there must be a reason for this and now I have had to change, and my palps are back, I can see why he insisted on this.

Both he, and my GP, keep talking about beta blockers, which I am refusing to entertain, as there is nothing wrong with my heart (he has done heart scans) and both have agreed with my views and comments of beta blockers being a "sticking plaster" approach.

I have just had another full set of bloods done (not thyroid) to see where I am with my VitD, parathyroid, calcium, iron etc so will see what these throw up (endo's secretary now posts them automatically to me.lol.).

Think endo's input needs to be more that once every 6 months now the palps are back as I am now no further along than I was 9 months ago (as far as the palps go) and my operation will now be unable to go ahead, which was the main reason I was referred to him in the first place.

I think you are probably right to refuse beta blockers. What seems to be so often totally overlooked by medics is that beta blockers are given to people with hypERthyroidism, to protect the heart from the effects of too much thyroid hormone. The beta blockers do this by inhibiting the conversion of T4 to T3. Given what you've said about your rising iron levels helping, inhibiting T4 to T3 conversion would not seem to be a good idea for you!

Generally speaking, medics have become increasingly aware over recent years that it is important for a thyroid patient to stick with the same make of levo, rather than being given different makes each time the prescription is filled. It has become evident that changing the make of thyroid medication can lead to the need for more frequent testing, because of the way an individual reacts to one make versus another. Consistency is a win/win situation. Good for the patient, and good for the NHS finances

So that will most probably be why your endo insisted on you being given the same one each time.

But, the *theory* is, that if you now stick with the MPharma tablets, you will eventually find a stable dose of that make. Which may not be the same dose as you might need on a different make such as Actavis for example. This of course still doesn't answer the question of the difference between the two MPHarma make of tablets, that are *supposed* to be the identical product.

I can see why you say the endo needs to have more frequent input in your situation. The problem is, the medics just don't seem to have the answers we need

Have you tried the German lactose free levothyroxine tablets? If not, it might be worth getting your endo/GP to agree on a trial of those. Not because of the lactose free aspect, but because they are a different formulation to any of the UK tablets.

Thanks Red Apple - very helpful info, especially the German lactose free levo. Could you PM me with some details i.e. name and if I can buy them without a script as my endo just puts my medication back in my GP's hands and she keeps refusing alternatives due to budget so buying them myself would be easier - if they work I can then go back and tell him so and ask him to recommend that my GP allow them.

Details of the German tablets are on the main website. Look under 'Special Order Levothyroxines Obtainable in the UK', where you'll see purple bars saying 'European Lactose Free'.

Thanks Red Apple - I did realise that the main thyroiduk website had the info after I had asked you (sorry) and have spent a while googling but with no joy - didn't think of the private script though - will be phoning Boots later to see how much they will cost. Thanks for your help.

Can I add a sorry to Liz for hi-jacking her question but maybe she has found the info that Red Apple has kindly given me useful as well.

Am buying ndt and t3 from abroad are these good prices or not please advice.!!!!

Some advice on changing from T4 to T3 please

they only do one brand hence the exorbitant, totally immoral cost, I think it’s Mercury Pharma? The...

Why are FT4 and FT3 stuck at the bottom of the range despite...