Worrying upper abdomen pain: Hello, this is my... - IBS Network

Hello, this is my first post and I am a little nervous about it. Where do I begin? I was diagnosed with Diverticular problems 20 years ago. I had upper abdomen pain and urgent diarrhoea at the time. It settled down and I got used to it and carried on as best I could. 8 years ago it changed and saw the doctor again who thought it sounded more like IBS D and gave me Mebeverine. At that time I only had to take it for a day or two and the sore tummy would get better. I still had the episodes of explosive diarrhoea and always took Imodium before I left the house. I have had a few disasters over the years but I managed .

Now it has changed again. I am having the stomach (?) pain more often accompanied with bloating and nausea and also pain in my back just above where my bra fastens. I always though this was due to over breathing as I also have Hyperventilation syndrome due to anxiety.( I always get anxious when I am ill.) The back pain always seems to accompany the stomach pain and now I don't know what to think.

I contacted my doctor in April when this changed again and was given Omeprazole and told to take Mebeverine 3 times a day. I have had blood tests and Poo tests and an upper abdomen ultra sound, all came back clear and now waiting for an appointment for a Barium swallow test. I was offered the Endoscope thing but I know I couldn't cope with that...

I am so worried about the pain. It is bearable, probably a 3 out of 10 but it just won't completely go and always comes back. I thought initially that it may be an ulcer but I had a negative test for H pylori. The symptoms for an ulcer are the same as early stage stomach cancer. This is of course my main worry.

I would appreciate any thoughts 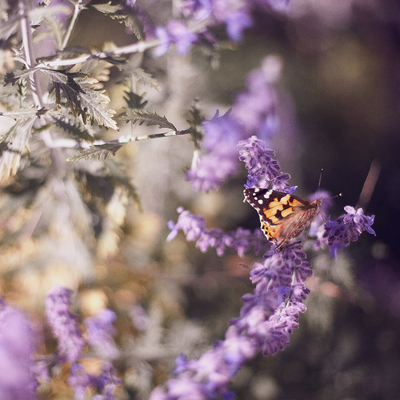 MrsG5
To view profiles and participate in discussions please or .
Read more about...
28 Replies
•

Hi, you don't have to be nervous, we're all in the 'same' boat. My first thought is that you don't have a proper bm, that your colon isn't emptying properly. Did you try a gentle laxative, maybe several times a day? When my colon is not emptying properly I also feel discomfort, mostly in my right lower abdomen and right lower back accompanied with overflow diarrhea. Do you feel a difference, is it feeling better when you skip your meals for a day or so?

Thank you for your replies. It is nice of you to take the time to read my long first post. Yes, I had an ultrasound and my gallbladder was fine apparently, no stones . Liver showed up slight infiltrating fat but the doctor told me that was okay as I am overweight and not to worry. Pancreas was fine as well. All the things I thought it might be are coming up normal.

That’s good now I know you’re worried about having an endoscopy if it’s the one down the throat I’ve had that a couple of times it’s a doddle felt nothing and it takes a few minutes ! Whereas the camera the other end I wasn’t a fan !! From experience anything that goes awry in the digestive system can cause pain lower middle and upper stomach the large and small intestines are quite long , don’t be afraid of having the tests to find out the cause as being in pain isn’t fun x

Thank you. One positive thing is my IBSD seems to be improving, now I am taking regular Mebeverine. Stools seem to be more formed and less often and I have lost 18lbs since April though I have stopped eating as much and am being more careful what I eat. It is the pain, bloating and occasional nausea that worry me as I have this even though the IBS is improved.

Last Sunday I was feeling okay and after my gardening I decided to have a drink with my husband in the garden as the weather was nice. I had 2 small pernods with lemonade and ice (Very rare , only about 3 times in a year) About an hour after I could feel my stomach starting up... I cant drink wine now either as it makes me very flushed after even a half glass.

I will have to, I know. It will probably be months to wait anyway... Thank you

I have considered that but how is it diagnosed? I have had this now for around 5 months on and off

Oh gosh, looks like I have got to have this upper endoscopy. Is this why I am reacting badly now to any alcohol?

Really, thank you so much for your messages. They have helped me greatly xx

Upper endoscopy is really easy. No pain at all and they numb your throat so no gag reflex. The throat numbing wears off in a minute or so. Don't worry about it.

Thank you. I will have to pluck up the courage and have it done. The wait will be a few months yet...

Hi. Just joined this post. But I had the endoscopy last year. To be honest I wasn't looking forward to it. I decided not to use pain relief at first .But at the last minute I decided to use the gas n air and to be fair it did ease the anxiety of the thought of having it at the other end. I had to go without food and drink for 24 Hours and I had to take this mixture of laxative s and it tasted horrible. But I just wanted to say that I was wary of it but if you get asked if you want to have it done then my advice is think about it. You only feel a push but with the gas n air you won't take much notice its happening.

MrsG5 in reply to Oxygen_guy

Also I forgot to mention that you will feel abit giddy n dizzy from the gas n air but it does ware off. When I had it done last year they gave me a copy of the tracking as they called it which is the photos of your bowel. In a way it was interesting to know what your insides look like. But in another way it was like disgusting seeing it. Apparently its a way of looking for any inflammation etc or bleeds. But after you've took this laxative mixture make sure your near a toilet because believe you me if not take extra undies just Incase you don't make it.

MrsG5 in reply to Oxygen_guy

Well I am used to the extra undies anyway... Thank you

It sounds like a gall bladder issue - I had scans and was told that my gall bladder was fine with no sign of any gallstones. Six months later I had to have my gall bladder removed as it was chronically inflamed. I'd recommend asking for another scan. And don't worry about the endoscopy, it's not painful or even uncomfortable, hope you feel better soon.

Hello. Can I ask where in your upper abdomen the pain is please? I have been having pain for the last 8 months, mainly but not always upper right abdomen. Same as you, not unbearable. More of a dull ache normally, but then the occasional sharp stabbing pain triggered by movement. Bloods normal, and liver and gallbladder normal on ultrasound. I'm trying to figure out if it could be my bowel as one GP suggested, but it is really high sometimes, just under my breast. Has been very bad this week; and last week drank more alcohol than usual as it was my birthday. I would be interested to see how this compares with you?

MrsG5 in reply to BlueYear

Hello, I have this dull achy pain that comes on with lots of burping that doesn't seem to clear anything. Sometimes I have nausea. For me it is in the centre, high up. I have had various blood tests and poo tests, all normal and the results of my ultrasound were normal as well. I was hoping it might have shown up something in my gall bladder but apparently I don't even have any stones... I am 67 and overweight and really expected some stones to be present.I have diverticular disease and also IBS d. I don't drink much but last weekend I had 2 drinks sitting in the garden in the sun and within an hour I could feel my stomach ( or something) becoming sore. I no longer drink wine as it makes me very flushed and uncomfortable. I guess my body can't tolerate alcohol now. I have also been tested for H Pylori (stomach ulcer) again the test was negative. I just want to know what is causing the soreness. I think I will have to have an upper endoscope or something similar..

Hi I get that as well today I’m in pain with it right side back up to my neck and back passage . I no that I’m constipated so will do laxido . I’m like patsy about the endoscopy ive only had one but it was a bit unpleasant but ok . It was 2years ago . I just had another scan for my gallbladder . But I think its more my stomach . So I would say go for endoscopy it will rule out anything .

MrsG5 in reply to Readmeastory

Upper abdomen and back pains? Movement a trigger?

was my liver but I've now had several liver blood tests, a full upper abdomen ultrasound and a...

constant pain? If so, what have you done to resolve it? I also, because the pain doesn’t change...

get a recurring pain lower right abdomen. It's not always quite the same, but it's always around...

New, in pain and worried

but for the last 5 days I've had diarrhea. I have severe bloating, my upper abdomin is distended...

convinced i had a gallbladder problem, but all my tests have come back normal. I've had to fight and

Getting annoyed with ‘I have IBS too’