Horrified: Hubbies been in hosp for nearly... - PSP Association

Hubbies been in hosp for nearly 7 weeks now due to a fall that broke his hip and other issues he is on the mend though.He was on a lot of meds in there which where fed through his peg line, after a while his line became blocked and well disgusting looking so I asked to have it changed. To remove the line from stomached apparently consists of it being pulled out (under no local ) and the new one put in! I was completely horrified at this and hubby was crying so much in pain (he is non verbal) as if the poor guy doesn’t go through enough this had to happen! Felt so bad for him!! Has anyone else had to have there line or partners line changed??? And how was this done. 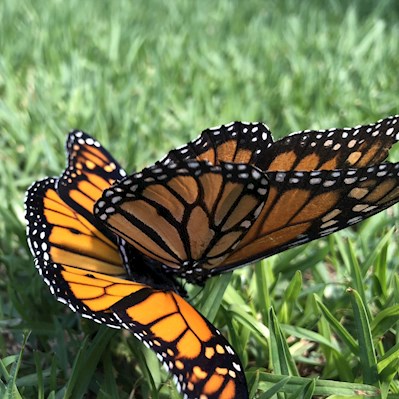 demlac
To view profiles and participate in discussions please or .
10 Replies
•

Hope that helps with your question

If they were flushing the tube before and after meds and in between each med this shouldn’t have happened but I know from experience that in hospital this isn’t done thoroughly enough. If I was you I would get fully trained on caring for the PEG so that you can keep the next one free from blockage etc. I used to be horrified by how grotty they would allow Steve’s PEG site to get when he was in hospital so eventually I took over keeping it cleaned daily, I did extra flushes which stops blockages and gives extra hydration and I took over the turning and pushing in and out of the top bit that needs to be done weekly at the very least. It is almost as though nobody wants to take responsibility for the PEG when your loved one is on a ward in hospital. Good luck and I am sorry that your husband and you are going through this.

demlac in reply to Hiking13

He’s had the peg since August, I’ve always made sure that it is well flushed and clean, hosp staff are extra vigilant now after I told them it needs to have extra flushes because I’m not putting him through that again, he was so upset just was whaling in pain lots of tears, mad me so sad!!!

Because he can’t speak the sounds that he makes when he’s in pain are extra heartbreaking to me!!! Grrrr

Hiking13 in reply to demlac

Poor you it all sounds horrendous. Take care Sx

Marie_14 in reply to demlac

Demlac that has to be one of the saddest posts I have read. Your poor poor husband. How dare they put him through that. As you say he is going through enough! They should know what they are doing but doesn't sound as if they do. Glad you are keeping an eye on things now but if he needs to have that done again make sure he has a relaxant if a local is not an option!

Don't blame your daughter by the way I would have been with her!!

Hope he is alright now?

The old bag has had a peg for three years, but it now has a hole and is to be replaced at the end of January. This a different type of peg but it works well for her. Yes hospital staff are crap at keeping a peg clean, therefore I always do this myself when she is in hospital. Her peg is changed by using an endescope . My best to your master and make sure to tell him he is still the boss. She has just laughed at me when I read her the previous line.

demlac in reply to Javan

I always laugh when I read your posts

Javan in reply to demlac

The posts on this site by me are factual, true and totally honest .The old bag is now suggesting I am not using my mouth to speak , how dare she!

Mottsie in reply to Javan

Laughter is one of the best medicines. . .

Sure is, that’s how hubby and I deal with this we try to laugh a lot together

YESTERDAY OR OPEN HIS EYES. FORTUNATELY HE HAD AN APPOINTMENT TODAY WITH HIS CARDIO WHO PULLED A...

Laughter is the best medicine

Barry was confused today and changed his mind a million times.

passed through the wheelchair stage and has been totally bedbound for two and half years. His...

A week of WILD DREAMS!

There have been no changes in meds so there is no reason for such a dramatic change. I phoned my...

months he has asked me twice if I was in his bed, he is on his own in a hospital bed, and of course...