Help me understand this? LOL: I belong to Kaiser... - PMRGCAuk

I belong to Kaiser in the US. I wrote an email to my Rheumy yesterday about tapering. This was my email to her.

"Today is the first day of my next taper, down to 11. I'm a bit concerned because I think I'm fighting something. Have had a stuffed right ear for bit which has gotten worse, a dull headache in the afternoons and an irritated throat. The allegra which worked well in the spring has not handled this. Feels like some kind of cold or sinus thing. Not surprising since my husband has had a bad cold and cough, and both grandsons. I've tried my best to isolate myself, but can only do so much.

So question: Do I taper to 11 or not? I don't feel a flair. But I don't want to provoke one either. I don't really understand how stress on the immune system might cause a flair. I guess I should go for an ESR/CRP today. It's about time iirc."

Bless Kaiser's messaging system. It turns out my Rheumy is out of the office until Monday. So they have another MD who covers and answers email. She checked my labs and this is the reply I got today:

I am covering for your Dr. as she is not in the office today. Your labs showed no inflammation. You should decrease the prednisone down to 1 mg daily.Please let me know if any questions or concerns. "

I have no idea what she means by tapering down to 1mg daily. Really.

I had already decided to go ahead and taper to 11. I too was reassured by the labs. Today is day 2 and I'm feeling OK. I'll stick with it unless something unforeseen occurs.

The system in general is remarkably good. Prompt replies, analysis of labs by a covering MD, but this reply about tapering doesn't fit any pattern I'm familiar with. My Rheumy's notes are .5mg per week until my next visit. And that's as fast as I can go even at these levels. I'm hoping it was a typo.. I've given up trying to parse the reply. What do you think she meant?

I have an appt with my Rheumy on Monday in any case. 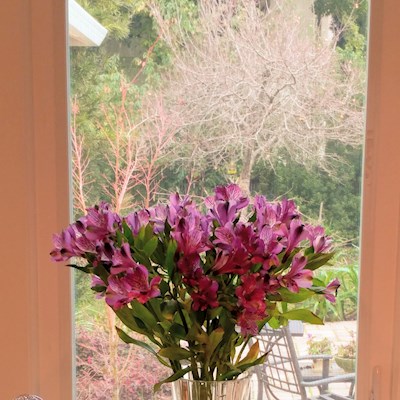 Hindags
To view profiles and participate in discussions please or .
Read more about...
10 Replies
•

Well, I replied to the covering MD, telling her I'd be following my Rheumy's plan and that I had tapered to 11 mgs. and would continue at 11 until I see my Rheumy on Monday. I also asked if there had been a typo.

I have to give her credit. She replied and apologized for the typo. Said she meant 11mgs. Still doesn't explain the sentence. Taper to 11mgs Daily? Really? Ah well, at least she was conscientious.

Talk about having to be careful and self advocate. Even more now with all the different forms of communication.

Crikey that would be some taper. I agree sentence still doesn't make sense even with typo. I have got to say I was only doing 0.5 every 3 to 4 weeks when I did initial taper. At 8mg I felt dreadful and crp and esr were higher than at diagnosis. You hopefully will manage a taper that you can cope with but please take care. Hope rheumy has clear discussion on Monday!

Today it looks like a typo - Pred head, dangerous!

None of it I feel makes sense- perhaps she hadn't read your notes , looked up what you've got, what your previous instructions were etc. I feel more and more do we have to be vigilant and do a bit of a "do it yourself" checking on information and advice where needed. Glad that your taper has, up to the moment, gone well and that you will resume seeing your usual Rheumy soon.

Sounded like a typo - meaning BY 1mg daily (or as it turned out "to 11mg) . And 1mg at a time is the sort of taper a lot of doctor would agree to - not many would approve of as slow as 0.5mg. The daily is referring to your dose being 11mg per day.

Ah, thank you for that bit of clarification. about daily referring to my daily dose, not a daily taper which made no sense to me at all. In the context of the typo though, all bets were off for me.

So far so good despite whatever is going on with sinuses, ears and throat. This is prime allergy territory and I'm thinking now, since nothing has progressed, that maybe allergies.

I am ashamed to say how many times a day those "ear worms" occur. I should set them to music, at least I might enjoy them.

I think the above three lines would make a good chorus.....the final line of the chorus....could be

Any takers on verses?

I would endorse what PMRpro has written, in the great scheme of PMR and reductions, there is no hurry. You know yourself better than anyone else so take your time.

Thank you. It was a typo..but very strange. Talked to my cousin last night. She had gotten specific instructions from her dermatologist on how to use two new medication, one topical in the morning and one in the evening. The pharmacy instructions contradicted those. A call to the medical assistant revealed that the doctors notes agreed with the pharmacy. It took insisting that the MA check with the MD for it to be resolved. The MD agreed that his notes were wrong, and my cousin's version was the correct version.

I find that so scary! Mind you - I'd probably have sided with the pharmacist if in doubt!

Can any one please help me understand these dexa scan readings?

prescription I am now being questioned when I phone up every few weeks for it. She said I can put...

Help understanding what it all means

unknown rheumy today and since beeing rather nervous I had written my arguments down to taper...

Help - is this right?

what'. This I did, thankfully. She still said I don't need either a rheumy or a DEXA scan but, as...