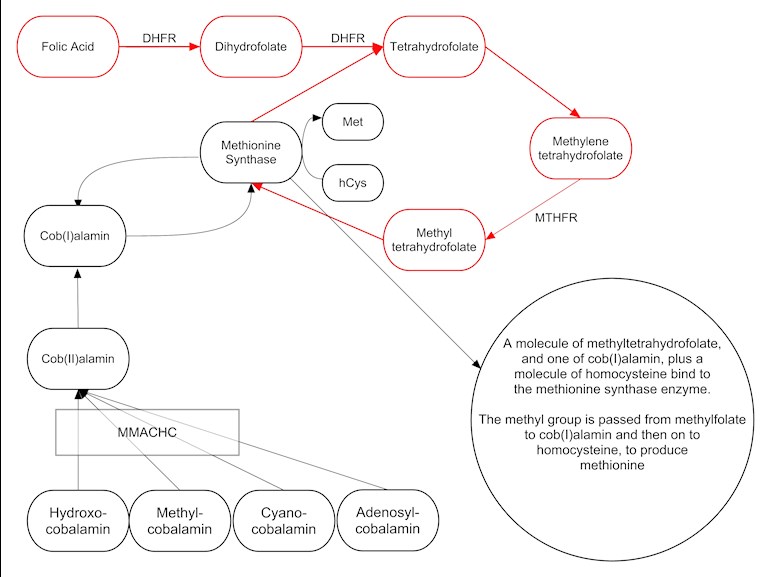 I thought I would summarise the role of B12 and folate in the conversion of homocysteine to methionine.

As you can see in the diagram, methylcobalamin plays no special role. It, like other forms of B12, is converted to cob(II)alamin as soon as it enters the cell. For this reaction the cob(II)alamin is further reduced to cob(I)alamin. It is this that binds with the enzyme =,

So methylcobalamin is formed, but fleetingly.

It should also be clear that taking methylcobalamin if you have a faulty MTHFR enzyme would be pointless. 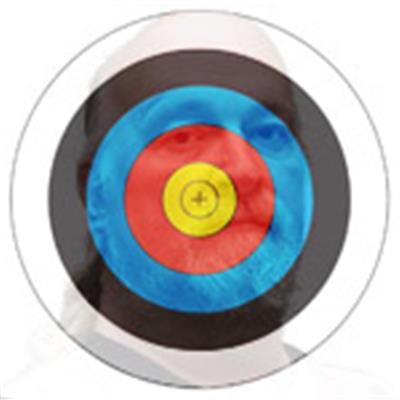 fbirder
To view profiles and participate in discussions please or .
Read more about...
11 Replies
•

fbirder in reply to Gambit62

Thanks for that fbirder . I can’t say that I understand it all , but I’ve printed it out and will give it great attention . I had my homocysteine tested before I started self-injecting B12 (Hydroxocobalamin ) and supplementing with folic acid , and it was 15 . After a few months of weekly injections I was pleased to see it was 7 .Unfortunately an expensive test , so I won’t be doing it again in a hurry .

Want to say that when I told my doctor about the two results , she said it was no use telling her , as she knew nothing about homocysteine readings . I couldn’t believe it .

fbirder in reply to wedgewood

Yes, it's a shame there isn't a better test available. It seems to me that routine testing could catch a lot of problems before they manifest.

Thanks for this fbirder. Very useful indeed.

Any objections if I pin the post so that it's easily accessible in the future?

Thanks fbirder. Fairly new post so will leave open for a week (ish) then turn off replying ...or else you'll be responding to replies for, well...possibly decades 😳.

If you take (or inject) methyl B12, what happens to the methyl group that is removed?

fbirder in reply to Martin_12

There are lots of other biochemical reaction that will remove methyl groups. I suspect it will initially be removed as methanol which would then get further oxidised to formate and then to carbon dioxide. CH3-O-H -> O=CH-O-H -> O=C=O

Methanol is fairly common in the human body. It’s only dangerous in very high amounts (grams rather than micrograms). Here’s some info researchgate.net/post/What_...

helps me feel empowered to understand the biological process

Homocysteine Reduction via B12 and Folate results?

Why is homocysteine low with B12 deficiency?

elevated but my homocysteine is low.

Before these tests..I was taking...

Recent conversations about B12

1) Found out that one of my cousins also has B12 deficiency recently diagnosed, has had 6 loading...

Updated B12 and folate results

given me B12 and folate results over the phone but will request others and update in due course....

This article claims High dose if B12 doubles lung cancer in ...