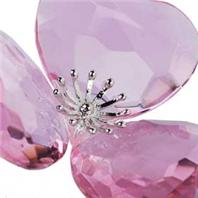 Hi, very glad to find this page. Have received diagnosis of AS for past 10 years although have had symptoms since age of 20. I am now 50+. Have been through many long avenues to find ways to manage condition. Have been taking Amitryptiline for past year which has helped me to get back some good nights of sleep. Thanks for reading my blog.

I get so confused about how my diet may affect my condition. In Ankylosing Spondylitis (AS for short) it is believed by many that it is the bacterium Klebsiella that is a major culprit. It is therefore advised not to eat resistive starch as this is the food that the Klebsiella feed on in the large bowel. It has also been suggested to go gluten free and sugar free. Eating becomes so restrictive and I find it so difficult to stick to.

The diet gets easier, just stick with it. You'll feel better, and that makes it a no brainer!

There are several foods that cause inflammation in the body. Sugar is the biggest culprit (I also eliminated white flour as it turns to sugar when eaten.). Saturated and Trans Fats, Omega 6 Fatty Acids: in some oils and salad dressings, Other Refined Carbohydrates: white flour, white rice, white potatoes, etc., MSG, Gluten and Casein: proteins found in some grains and dairy, Aspartame, and Alcohol, which is processed as sugar in the body.

I've also read your question about glucosamine etc. It's really difficult to make quite drastic changes to a diet. I have migraines as well as chronic pain & managed to cut out cheese, red wine & chocolate for 3 months. It made no difference whatsoever. It did help to keep a diary of what i ate & did, to try to find out what triggered the migraines, but it can take ages to do this sort of thing & I got fed up with having to be so obsessive! If you can cut out certain foods without it being detrimental to your overall health, & get some benefits then that's great, but I've come to the conclusion that trying to eat small amounts of sugar / fat etc rather than cut it out entirely is better for my sanity!

I've never tried glucosamine or chondriatin. I did try things like evening primrose & agnus castus for PMS - I sympathise with your dilemma because there isn't the evidence to say that they help relieve the symptoms, but I thought it was worth a try just in case. It was expensive but I decided to do it for 3 months and have now decided to stop because it didn't help at all. But I know other people who swear by certain alternative & complimentary treatments. We're all different.

I think that when you're faced with a condition and pain you want to try to do anything to make yourself better. The more you read and understand about it, the better. It can give you some sort of control. It's also good to study the evidence (or lack of) & be objective about it.

Hi dear teadrinker, thank you for your reply. Yes, the issues of expense, obsessiveness and sanity are all very real! It is reassuring to be reminded that I am not treading this path alone, with best wishes from Daisy

I was diagnosed with AS 12 years ago but I think I had it for many years before this. I am currently

Hi I'm new on here and have Ankylosing Spondylitis...

Lauralee and I'm 26yrs old. I have been on crutches for nearly 4 years now as I cannot walk without...

everyone, I'm 50, symptomatic for 10 years, diagnosed 2 years ago and I have a question about itchy...

Hi Lavender26 I have recently been diagnosed with spondylitis. I am constantly in pain with that...

this site last week. I have a question about something a rheumatologist told me years ago. I've...

Why my Dr is reducing my pain medication which is effecting ...

Should I still be taking Omeprazole when the only pain kille...

Bladder kidney infection symptoms but no bacteria when teste...