No chemo today - blood transfusion instead - an... - My Ovacome

Real downer yesterday (I had it in my head that my last chemo would be in 2016 and 2017 would be all about recovery) to be told no chemo today (no. 5 of 6) as am severely anaemic. Instead am having 2 units of blood. Does anyone else on Carbo have experience of anaemia? And do blood transfusions help a lot (the fatigue has been bad for 2 cycles- turns out I've been anaemic for quite a while but they had adopted a watch and see policy to see if it remained at a 'doable' level.) Any tips on fighting potential anaemia myself over my last 2 cycles? Ali x 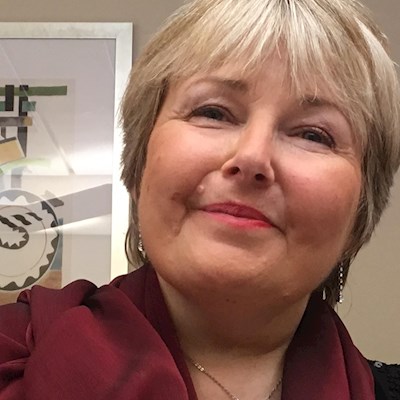 Alibee2
To view profiles and participate in discussions please or .
Read more about...
11 Replies
•

I had a transfusion after my debulking surgery, as I too had anaemia and very low on iron. Eat red meat l had calf liver. But you should feel better after having the transfusion. Hope you have a great 2017 I'm hoping to. Xx

I had three blood transfusions over the 18 weekly chemos I had, once you have the transfusion your levels will be back up it's the quickest why to get iron levels up. I'd have a transfusion on a Monday and back on chemo on the Friday, I was just advised to eat green leafy veg, but they more or less said it would take a long time to get the levels up naturally and iron tablets were not recommended when on chemo as they have their own side effects. I was on a trial though and I think they were keen to get me through, I was also given injections for white cells that also struggled. You will feel a lot better after the transfusion as well it gives you a real boost!

Good Luck with the rest of your treatment

They help a lot!!! You should feel quite turbo charged within a couple of days.

Only just looked into this myself as told I was mildly anaemic before 2/6 of carbo yesterday. So dietary changes needed for me.

dark-green leafy vegetables, such as watercress and curly kale

dried fruit, such as dried apricots, prunes and raisins

Also make sure you get loads of vitamin c as this helps absorb iron and cut down on tea/coffee especially at meals times.

Alibee2 in reply to Lynne65

I had anaemia however my Onc decided to go ahead with chemo without a blood transfusion. I was told it would build up again on its own over about 6 - 7 weeks. I was a bit puzzled that nothing was done about it for me! Mind you I also had about 14 blood indicator results that were all below the lower limit for chemo (including WBC and RBC) but chemo still went ahead! I started on Carbo and Taxol and ended up with chemo 4 and 5 as Carbo only - that was worse than dual agent for nausea - for me anyway.

I do understand that your blood transfusion will help you and hope you feel better soon and that you soon have your last chemo.

My mum had 2 pints before last chemo (session 4) although she was lucky really as it did not delay her chemo at all (well by one day!). She was due to have her semi-permanent drain out anyway so they did the blood transfusion first, they did say if it wasn't for the minor op they probably would have left her.

Mum said she felt much better, less breathless ect by a couple of days later.

You'll feel much better after the transfusion and it probably will make you realise how under par you've been.

It infuriates me that they take this wait and see approach and don't even encourage us to do what we might to help.

I too had to have transfusions with carboplatin on its own.

The previous Ovacome nurse, Ruth, recommended Spatone supplements as more palatable than some and it was very good advice, but make sure to take them with orange juice.

I now have a "chemo diet" which includes an egg for breakfast. It starts off as a treat, but, like most things chemo related, it gets soooooooooo boring!

Yup 'wait & see really annoys me too - why not do something Before it gets bad enough to delay chemo? I've had mild anaemia, getting steadily worse, for 3 cycles.

Hang in there Ali-I also had low hemoglobin the last three cycles and I managed until I had to stop chemo for 10 days. I too wanted to finish as quickly as I could. I dad have 1 blood transfusion and I felt like a new person. My hemoglobin went from 7.9 to 12! I sailed through the last of chemo. your body needs time to make new RBC's. My team said let your body recover, eat right, but no one food is going to do it. I did read that Pomegranite juice helps.

Have you Needed Blood Transfusions?

that it would be three years without any drama. Little did I know! I'm on my second round of...

Just had last cycle of third line chemo and told I need a blood transfusion as my haemoglobin is...

why would it happen on the 2nd treatment, not the first? Also, her labs came back with her blood low

yesterday but had fluids instead. I’ve got to go next week for a blood transfusion. Then hopefully...

walk about 100 yds. I am having a blood transfusion on Saturday as blood tests show low readings....