JAK2 came back negative and the doctor seems to think that an MPN or any type of congenital polycythemia/marrow condition is unlikely. She also said that my high basophils were probably a fluke, but that we will watch them, and that the polychromasia is “not necessarily abnormal.” She wants me to start taking iron to increase my low ferritin. Any thoughts? Should I get a second opinion? I’m so confused because she seemed so sure I had PV prior to the JAK2 test. My concern is that my husband and I are trying to conceive and pregnancy is already a high-risk time for blood clots, I want to make sure everything “blood-related” is OK before I get pregnant.

Most recent labs showed RBC, hematocrit and hemoglobin just slightly outside the high end of the normal range. All other blood counts/platelets (except high basophils on manual differential) were pretty much normal. All other labs were normal.

My blood counts have remained virtually unchanged since 2011. 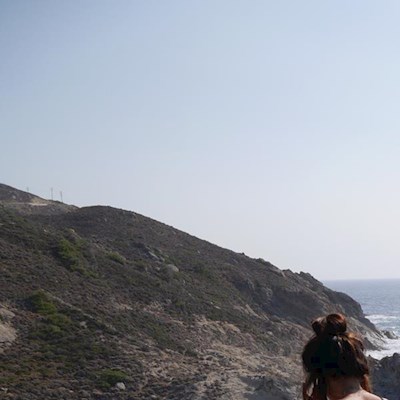 Kdfotigr
To view profiles and participate in discussions please or .
Read more about...
24 Replies
•

Question...how high are your basophils?

Basophils were all within normal range on the automated complete blood count, but on the manual white cell count (where they look at your blood under the microscope and count all the cells) it was 4%. Normal range is less than 2%. My hematologist said that the manual one is more accurate since they count them by hand. But on all my automated panels going back to 2011 basophils have been within normal range.

I agree with the others that if you aren't feeling comfortable you should get a second opinion. Elevated basophils can suggest a MPN among other things.

Have your RBC, haemocrit & haemoglobin changed much since you've been having tests? In MPN you would see them increasing over time without any intervention so if they are pretty static or have dropped without treatment of any sort then your consultant is possibly correct however if you are concerned then you could ask for a second opinion.

Kdfotigr in reply to Chaz1

They pulled my blood tests from my pediatrician and looked at results from 2011-2020 (probably about 12 complete blood panels) and they were all nearly identical - red blood counts have always been high. RBC has hovered around 5.2-5.4. Hemoglobin around 14-16. Hematocrit around 44-46. But I’ve had these symptoms for as long as I can remember - probably since I was about 18. The only thing that was new was the steep increase in basophils. And the EPO of 3. They ran a bunch of other panels and couldn’t figure out why my EPO is so low - which is why my doctor had been convinced I must have PV. Prior to the JAK test she had told me that this genetic testing was “just a formality” to finalize the diagnosis of PV.

Chaz1 in reply to Kdfotigr

I would expect in that period to see an increase rather thann them to stay static to be honest. Have they offered a bone marrow biopsy or testing for other genetic markers rather than Jak2 as there is more for MPN, although some patients can be negative for all. It would help rule out mpn or not then. If they are suggesting iron & are monitoring it would possibly be worth trying & making sure you have plentt of monitoring. But you can seek a second opinion, they are likely to do the additional tests if nothing else.

Chaz1 in reply to Chaz1

This is the criteria for diagnosis which might be useful. It does suggest your consultant could be correct and that there are further investigations required.

Have you had a B12 serum blood test?

Kdfotigr in reply to jointpain

Yes, it was within normal range

Hi l would suggest if your unhappy get a second opinion from another MPN specialist.

I spent the best part of a year knowing that something wasn’t right and felt that doctors thought I was complaining over nothing because I look health and well. I found out I have MPN ET in April (Jax2 +) with a clot in my portal vein which they picked up on a CT.

Hope you get some answer.

My dad had some sort of clotting disorder (not sure what) and he tried to tell the doctors forever that something felt wrong and no one would believe him until he ended up in the hospital with 4 golf ball sized clots in his lungs. I asked my doctor if checking me for various clotting disorders would be pertinent because of my family history and she said no. I think it’s time I found a second opinion, she has been pretty all over the place. Just three weeks ago she told me she was sure I had PV and the JAK test was “just a formality” so we could begin treatment. Now she thinks there’s absolutely nothing wrong. Quite lost

It is definitely time for a second opinion. Definitely get the second opinion by a MPN-Specialist. Most docs, even hematologists, have little to no experience with MPNs. Here is a list mpnforum.com/list-hem./ .

Note: 95% of people with PV have the JAK2 mutation. That leaves 5% who have PV without the JAK2 mutation present. You need a doc who really knows a lot about MPNs if you turn out to be one of the rare parts of a rare disorder. It is worth travelling and doing whatever is necessary to make this happen. In this day of virtual medicine due to COVID - you may not even need to travel.

Hope you get answers soon,

Kdfotigr in reply to hunter5582

I was able to find a specialist right down the road from me and have an appointment with her in August. Thank you for sharing that list!

Hi there, I absolutely agree with some of the others that you should seek a second opinion, preferably from an MPN Specialist.

15 years ago I was diagnosed with PV jak 2 neg and a 8 months ago I was told that I had markings of ME, so being jak 2 neg does not necessarily mean that you do not have an MPN. By getting a second opinion you would at least know either way.

If you are found to have PV please believe me it is not the end of the world so please don't be frightened by it. With the proper treatment it can be kept in check very well.

I hope that you can find a resolution soon.

May I ask, if you were JAK2 negative, how were they able to confirm your PV diagnosis? Did you have to get a bone marrow biopsy?

They could not find any secondary reasons for my symptons, initially I was diagnosed before the jak2 test became a normal part of diagnosis, it was not found out I was negative until 3 years or so into treatment.

I have had 3 bmb's the first at the beginning of my treatment 15 years ago at which time they diagnosed PV, the second was about 4 to 5 years ago which showed no change and the third last year, it was on foot of this that I was told I had markings of MF.

Great advice on here - there are other gene variations tied to PV beyond JAK2 - presumably you should explore those tests.

I would definitely push for a second opinion with an MPN Specialist. Knowledge is power and this uncertainty will only heighten any anxiety you’re experiencing.

As Hunter has already mentioned 95% of PV cases have the Jak2 V617F mutation. A further minority have the Jak2 exon 12 mutation. Has your haematologist ruled that out? This leaves a very low percentage who are diagnosed with ‘idiopathic polycythemia,’ it’s quite possible the mutation in these cases has not yet been discovered.

I think it's also important to remember that there are two types of polycythemia. One is cancer and the other form is called secondary polycythemia. Secondary polycythemia can be caused by various things such as smoking, sleep apnea, living at a high altitude and other conditions. So even if you do have polycythemia it may not be cancer...and if it is secondary polycythemia you can potentially cure it by figuring out what is causing it. Also, I agree with you...considering what happened to your dad it would seem that you should definitely be tested for various clotting disorders.

I suggest you run, not walk, to an MPN specialist, or at least a Hematology Oncologist!

Myeloproliferative Neoplasms are a rare form of blood cancer. Not all Hematology Oncologist have experience with MPNs. The MPN Research Foundation has a global patient recommendation list of hem/oncs who are MPN specialists.

terribly heavy menses, unexplained fevers and fatigue, I have just been tested for the JAK2...

Have I got PV?

passing that my red count was high and they needed to keep an eye on, come for another blood test...

Doctor thinks I have PV

Is anyone else bothered with leg and foot cramps? I have PV Jak 2 negative.

venesection for about 2-3 weeks I get bothered with leg and foot cramps, particularly in bed at...

following a routine blood test where my platelets, red blood count and Haematacrit levels were...

How do we get our 3rd primary vaccine in the UK. I'm banging...