How long SHOULD it take for the foreski... - Men's Health Forum

New member here and my first question so I apologize for any mistakes.

I have yet to get it checked out, but I believe I may have phimosis. With that said, after sexual intercourse, the foreskin was forcefully retracted, which i now know this was a bad idea. It was not fully over the head (glans) for almost an entire day. I was quite scarred and almost believed i had Paraphimosis. However, as the day went on, I noticed the foreskin was slowly going back to normal and by the end of the night it was back to its usual state. Is it normal for it to take that long or was it because the foreskin was forcefully retracted?

Hope I can add another question along. Is it a bad idea to have intercourse with phimosis without a condom? The foreskin should not be forcefully retracted every time during intercourse I assume? 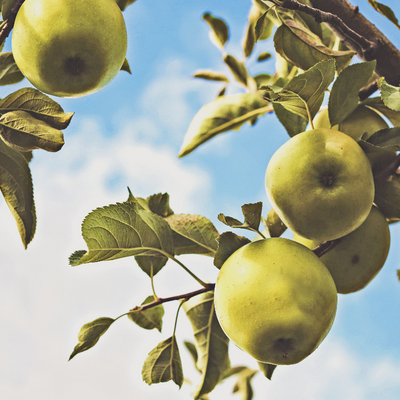 miami1031
To view profiles and participate in discussions please or .
Read more about...
9 Replies
•

You were on the edge of having paraphimosis. It happened, not because of retraction but because your foreskin is still tight.

1. You can try using lots of lube to see if you can have intercourse without your foreskin retracting.

2. You can start manual stretching to widen your foreskin so that it will glide smoothly back and forth.

When your penis is erect, gently pull your foreskin back against the head of the penis. As the head attempts to pass through the foreskin it will stretch the skin a little. Do this several times every day and in a few weeks or months your foreskin will widen and you will be able to retract your foreskin. Do NOT force retraction. Do NOT cause yourself pain.

It works by tissue expansion. Stretching skin induces “mitosis”, which is a word that means “division of cells”. New skin cells are formed and the skin grows but it takes some time. The increase in size is permanent. Be patient and give mitosis time to work.

The important thing is to put the skin under tension several times every day so that it will grow wider.

Betamethasone valerate ointment, a topical steroid, which is available by prescription may help, but it won’t work by itself. Manual stretching is still required.

In adults, the normal foreskin should be loose enough to glide smoothly back and forth.

Since the swelling resolved on its own, your condition is not terribly bad. However, you really should fix it if you intend to forego a condom. For now, wear a condom with foreskin forward. In the event of retraction, immediately take action to return foreskin to covered position.

Solving the tightness should become your priority. It’s an easy, permanent solution. You may get expert, confidential personalized coaching at willywellbeing.com. The essential element is frequent execution of exercises. Basically, your target is the tight ring at the opening. Your daily routine should minimally include four, five-minute sessions of applying tension to the ring without causing pain. Stretch six weeks after achieving easy retraction. Forget that you’ve ever heard if circumcision.

miami1031 in reply to jimfromfresno

Alright. I'll definitely be doing the stretches. Appreciate the help.

I used silicone stretching rings to give constant tension and the phimosis resolved over some six weeks. Pulling my tight foreskin over my erection was painful and not advisable since the erection sometimes hardened quickly. I found it necessary to use the large ring for additional stretching until retraction occurred naturally, including during sex. Insertion of the larger rings was easier with an erection.

I discovered that paraphimosis must be avoided. I had retracted my foreskin over my growing erection without pain, but sensations and anticipation quickly caused full erection. The partly retracted foreskin moved back from the glans leaving me in extreme pain with restricted blood flow. After what seemed like ages things abated and I was left with a sore penis and considerable fluid retention in the foreskin. It took a couple of hours or more for my penis to recover.

miami1031 in reply to JamesMS

I ordered those silicone rings about 3 weeks ago and I’m still waiting on them. Even emailed them about a tracking number and got nothing. But I did hear they work really sell so I’m excited to try them out.

The erection stretching is actually working but it does hurt as well, like you said. But it’s just something I’m trying until those damn rings come in.

JamesMS in reply to miami1031

During insertion of one ring the phimotic band slipped over the ring and the ring was suddenly inside the foreskin pushing against the glans. Extremely painful and difficult to remove, but afterwards I made sure the same thing did not happen.

I found it easier to insert the ring if a little lubricant is smeared just inside the foreskin along the phimotic band. I contacted the supplier and learned they do not recommend use of lubricant, but nevertheless they agreed it made insertion easier.

My foreskin now does what it is supposed to and shields the glans. During sex it provides much increased sensation now that it moves back and forth as it is meant to. When retracted over an erection there is no pain and my penis is not distorted.

I would not try to move to larger rings too quickly because I found it made me sore and I had to wait until the foreskin recovered before continuing. For me, stretching was a far better solution than circumcision. I wonder if people who recommend circumcision have experienced the foreskin moving as it is meant to during intercourse.

Good luck and I wish you success.

Great! This helps a lot. I really appreciate the help and advice.

Also I was going to ask about the insertion of the rings with an erection. Thought it would be a bad idea. Sadly, I get erections easy for no apparent reason so I thought the rings might not be as affective.

But again, I appreciate the advice and help!

21 and have never retracted foreskin past glans. Uncircumcised and wish to see how to solve it.

learning that by this age my foreskin should be able to retract behind the glans without problem, I...

have had tight foreskin for as long as I can remember and always thought it was normal until around...

have Phimosis (I had never tried retract my foreskin), and have been slowly stretching my foreskin...

Tight foreskin - should I get circumsized?

16, Foreskin still attached to the head of my penis

streching exercises on the foreskin to slowly be able to retract my foreskin bit by bit.