Good morning, I’ve had some of my blood test results back and to be honest it’s left me more confused then ever!

Moving on another Dr then told me something completely different he said when I had my blood taken last Monday If I have lupus I could of been In the middle of a flare up and when that happens those 2 results would remain low ?

Still waiting on the important ANA results to confirm things

I’m so confused about the different answers on the ESP and CPR, does anyone know about this ? Xx 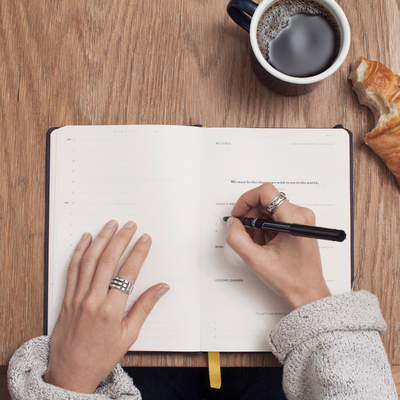 Sarahb_70
To view profiles and participate in discussions please or .
Read more about...
20 Replies
•

Fredhouseboat in reply to Sarahb_70

Well I just have to respond to this one. I was diagnosed with SLE and Sjogren’s disease in February this year. For 12 years it seemed so probable I had lupus. But because my inflammation markers We’re always low CRP1 and ES are two, though I knew I was in a flare because I was diagnosed with pancreatitis at the time which is inflammatory in nature though again all my blood markers were low so I was left in agony. Even now When I debate this with the consultants they shrug their shoulders, because my argument through the years where I couldn’t possibly not be inflamed as I was already diagnosed with five autoimmune disorders which are again inflammatory in nature.

The reliance on blood test results being positive In the face of overwhelming clinical evidence results in us as patients being harmed on a physical and mental level because we are not believed. There needs to be greater awareness that there are significant numbers like you and myself who repeatedly show inflammatory markers not just low but very Very low. I still haven’t had a satisfactory answer as to why that is the case because I have repeat bouts of pancreatitis and other flares but still the bloodwork would indicate the opposite. I positively share your dismay and frustration.

However - there are 2 flaws in her argument! If you were actually in a flare they might not yet have increased - and a number of people simply don't "mount the acute phase response" as it is put. I have an autoimmune condition that raises ESR and CRP - mine runs about the same as yours when I have no inflammation but has never been out of normal range although the ESR ran at 16-18, still normal range but raised for me when I was having a really bad flare and could barely move. Another possibility is that it can take a long time for those figures to rise - they may be a very different if left for a couple of months.

Do you have symptoms? Symptoms should always trump lab values. They can be wrong for all sorts of reasons!

Sarahb_70 in reply to PMRpro

Thank you for your reply, last week I was told I had a butterfly rash but yesterday I was told it could be a shape of a butterfly from where I wear sunglasses and the sun has caught my face and cheeks!

I’ve had bad sunburn on my hands which last week I was told was a lupus rash but yesterday I was told it’s bad sunburn which has made my skin stretch and peel!

PMRpro in reply to Sarahb_70

The butterfly rash is not specific to lupus - it is just one brick in the wall of evidence and must be taken together with everything else as an overall picture. The ANA result is the most conclusive - just be patient.

Sarahb_70 in reply to PMRpro

This is interesting Pro 🤗Thank u for posting these ranges. I've just checked last rheumy letter n my ESR is 31 CRP..8..n yet I feel reaonably well at the mo 🤔Any thoughts? These bloods were from Feb 💜🌈😽😽xx

They are very non-specific markers - there is inflammation SOMEWHERE, but who knows where! Your CRP can shoot up with a chesty cold!

The most important things are

1) how do the levels compare with your usual readings? What is the lowest you get to? Normal range isn't a range of readings for a single person - it is the range found in 95% of a large population of subjects, 10,000 is a usual sort of number, that means that 5% of the population can be low or high and still that is THEIR normal. Knowing your lowest level is useful - if it is above that there may be something going on. And if you then check it to see if there is an upwards trend that may suggest it is the lupus rather than a cold or the like.

2) Have you got symptoms?

It would help if the average doctor understood normal range ...

It’s very hard when things are wrong but you’re waiting for a diagnosis.

As PMRpro says some people don’t show the results expected but with ESR and CRP there is a more common pattern in lupus that patients will tend (but not all) to get a raised ESR in a flare but NOT a raised CRP. CRP isn’t usually raised in active lupus but many doctors expect it always to be raised in inflammation. It tends to be raised in us in infections rather than flares.

But everyone is different and will have different blood results. So it’s putting everything together. I’d say. no fatigue is possibly more evidence against it being lupus than anything to do with bloods - as you say almost everyone with lupus has some level of fatigue. But your symptoms clearly need looking into. Hope you get some answers soon x

Amakura in reply to Melba1

Very interesting. My ESR is higher than unusual and my CRP is the majority of the time very low/out of range. Notably, when the ESR is like this, I am unwell. I believe I'm having a flare but my rheumatologist always reports back that ALL of my bloods are fine. (At present, my ESR is you touching the higher end of the range - of that makes sense)

Thank you for sharing

Look at my reply to KrazyKat above.

Having ultrasound can check for inflamation if ESR not being raised. eg of a joint. Think some depts are doing this more.Eg to check for GCA, if symptoms of vasculitis, but bloods normal

Hi SarahI have been tracking all of my wife's blood results for 2 years now (when she was first diagnosed with Lupus). In Nov 2020 she had a dsDNA of over 1000, an ESR of 60 and CRP of 13 she had infections of the oesophagus, lungs (pleurisy) and stomach -- very poorly indeed.

The good news is that she has been treated with hydroxychloroquine (300mg/day) and her readings have slowly decreased to the present 179, 18 and 8 resp. She is much better but still has some way to go before we can say she is back to her pre-lupus state of health ( that is possibly a forlorn hope?)

I say this only to show that blood results can be very high indeed in some people depending on the state of flare and the amount of infection. It is a long road. I just hope that you do not have Lupus and it turns out to be something that can be fixed more easily. Good luck.

If you dont have a fatigue, what symptoms do yu have that they are thinking it might be lupus?

Hi Sarah, good question! My (limited) understanding of ESR and CRP tells me they do not have to be high for you to be flaring. They are just two of many markers of inflammation, so you have to take them in context of the rest of your bloods. If they were high, it could be seen as a confirmation of current inflammation, but low ESR and CRP does not necessarily mean you DON’T have inflammation! Clear as mud? 😜

As an example, my complement C4 is currently low, which is usually a sign that lupus is flaring. But my ESR and CRP are totally normal. My doc and I interpret this to mean I am ‘probably’ flaring and any current symptoms are ‘likely’ the result of lupus. It’s always a bit of guesswork, though, as lupus is such a tricky thing to nail down!

Raised ALT now have low WBC high CRP and ESR could all but the ALT be from cellulitis?

since then had second vaccine - day after arm flared up ended up with cellulitis had bloods taken...

discover the lupus and fibromyalgia. Just wondering if gallbladder problems are common with lupus...

a normal CRP level and at what point would it indicate a flare? I know everyone is different and...

Hi. Does anyone know about CRP levels please

The only result I have had that has been substantial proof of something wrong was this. My CRP...

have negative ANA they both think it cannot be lupus. My dad had lupus and died of lupus-related...

Eye sight loss left eye could this be lupus or Connective ti...