Has anyone had neck gland scans to check if a dry... - LUPUS UK

I have an appt to go to the Dept of nuclear medicine later this month to have some kind of scan to check for physical reasons for my very dry mouth and throat.

I googled what this involved and one version has it taking up to a hour with my head in a box, and a contrast dye injected to show up the various glands. At some point I'll be given a lemon sweety to see if that gets the saliva going.

Has anyone had one of these? What is it like? 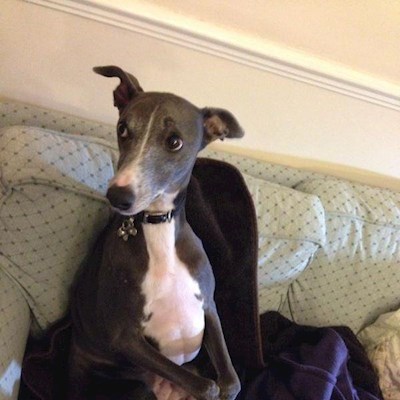 Lupiknits
To view profiles and participate in discussions please or .
Read more about...
12 Replies
•

I have inconclusive results for sjogrens but I had a full body bone scan. I have early o.a. in right hand and right foot but not had any result for my whole body. hands and feet are done separately. xx

I do have Sjogrens and swollen glands daily. I haven't had this nuclear test but I did have Lymph node nuclear testing. It was scary but only painful with injection into the nipple. It's sounds much scarier than it actual is. So try to be comforted to know it should be painless, other than the dye injection. It sounds much worse than it is.

I had salivary gland scan 2 years ago . Dye is put into gland inside the mouth from very thin tube , it a bit un comfortable but not too bad. The lemon liquid i was given was VERY bitter but helps stimulate the saliva. I wasnt on a box , just lay on the table in radiography lasted about 45 minutes or so . My scan wasn’t so good showed quite a bit of damage so have to massage gland most days to relieve blockage. I hope it goes well for you , its not too bad 😀

Lupiknits in reply to weathervane

Well I’ve had a full trunk CT with contrast, ultrasound of parotids and lip biopsy all done around the same time in 2016.

The CTs and ultrasound showed no sign whatsoever of Sjögren’s in my lymph glands or parotid glands.

However the lip biopsy - most invasive of these tests but also most definitive - showed 100% positive for Sjögren’s at the same time as the others showed nothing whatsoever. The criteria for diagnosis of primary Sjögren’s is either positive lip biopsy or Ro/La positivity along with compelling symptoms. The diagnostic criteria for secondary Sjögren’s are less rigid so I guess this would be you?

Hope this helps a bit x

Hi, I had a scan last year, nothing like others mentioned. It was a simple scan on my neck, gel put on as you have when expecting! then a simple hand held scan around my neck. I did think about asking what sex it was but refrained from that. Charles Clifford dental hospital Sheffield were seeing me for very dry mouth, they did the test, result inconclusive! Hope your test has some results

am glad you posted...have been expecting something like this myself...here is a link to what i guess i am expecting...maybe this is different from your scan, though....am wondering how my hyperreactivity to iodine based contrasts etc will affect this...still haven’t got my date at allergy clinic for contrast agent testing...but not sure whether this lymphoscinitgram radioactive nuclear IV stuff is considered a type of contrast:

Hope you’ll let us know how this goes

Hi Lupiknits, I read your post with interest, I have never been diagnosed with Sjorgens but I have had experience with salivary glands! I have had Lupus for six years (diagnosed) but probably actually been affected since teenage years. I have had both my parotid glands removed, (10 years apart) they kept getting infected which caused my face and neck to swell similar to mumps. The actual X-Ray procedure was slightly uncomfortable especially the squeezy lemon used to clear the saliva after the X-Ray had been taken but apart from that not too bad. I don't know whether this is a side effect of Lupus, but whenever my medical history has been taken the doctor/consultant seem to always nod sagely as if to indicate no surprise on their part.

Thanks blackjack. I do not have a formal diagnosis of anything except Secondary Raynaud's. I'm Ana positive, and have a marker for systemic sclerosis. The dry mouth and throat used to be a mild side effect of various meds, and I used my optician's eye drops. The mouth has got a great deal worse over the last six months or so (I once sat in the GP's surgery forcing myself not to race to the sink and get my mouth under the tap!) I've been using biotene etc to moisten my mouth, but it really doesn't do much.

I'm glad for the scans (arranged by the doctor conducting the research I take part in) it could be something or nothing really.

I didn't have my head in a box! But I've had two tests like this, one they inject dye into the gland under the tongue, the other they just put lemon liquid in my mouth. I warned them that anything acidic triggers my mouth inflammation. The next day that's exactly what happened! The procedure is painless. I was told at the time my mouth didn't appear dry & even though I explained the Hydroxychloroquine gave me saliva, they wrote to my Rheumatologist saying I didn't have a dry mouth & didn't need dry mouth substitutes. I said, you should have seen me before I started my meds when my cheeks were sticking to my teeth/gums!!

That was only a year into being unwell when my ANA was negative, it went positive shortly after that. Also had a lip gland biopsy which shows inflammation & a neck ultrasound which shows Intraparotid nodes in my parotid gland, whatever they are. No check up scans arranged mind.

has anyone had an infected parotid gland?

I don't have any bad taste in my mouth, but it has been really dry for a couple of weeks. My rheumy

Has anyone experienced a dry persistent cough?

Hello. I have been suffering from a dry persistent cough with breathlessness for a year now. The

Has anyone had problems with Azathioprine?

throwing up, upset stomach all night. Yesterday I took one at 10 am and was not sick ( probably...

Hi all, has anyone had a scan involving dye and felt bad after?

scan involving dye being injected.I have been feeling exhausted since then and wondered if the dye...

Has anyone had a lumbar puncture?

pain all across the back. Expected some tenderness around the injection site but this is...