Received recent blood results from rheumatologist today... Ana has now come back negative and they also say the anti dsdna is negative but I wonder whether they never tested for anti dsdna as no level given and from my understanding once you have anti dsdna you will always have it? Sooo confused! The rheumatologist is still recommending taking hydroxichloriquine for three months due to the soreness in my left foot to see if beneficial as still diagnosing uctd.... I'm not sure I really need to do this if bloods are clear.... Any thoughts welcome.... Need some guidance here 🤔😳 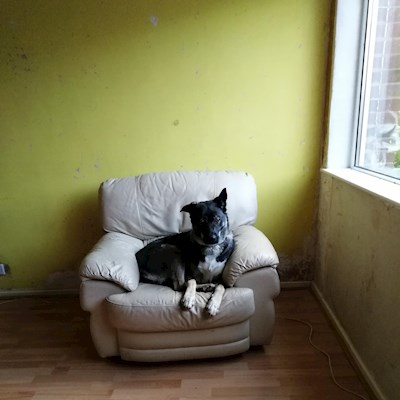 Wunder53
To view profiles and participate in discussions please or .
7 Replies
•

My ANA has done this too - well it’s gone from clear positive 1:320 to 1:80. Once you have been formally diagnosed with a CTD or Vasculitis I don’t think it’s that significant.

But for me I’ve noticed that my Rheumatoid Factor and ANA are most positive when my synovial joints and tendons are most painful and stiff.

But I still have the same active inflammation in my bloods regardless so I have a suspicion that, for me anyway, the antibodies are related to just one aspect of my autoimmune diseases.

The thing to maybe observe is how your symptoms are and whether they change with negative ANA or not. Otherwise it’s just a matter of these antibodies helping to determine whether you have autoimmunity or not. If you’re offered a chance to be trialled on Hydroxichlraquine then your rheumatologist clearly thinks you might have autoimmunity regardless of ANA readings.

I wouldn’t feel too concerned about this negative ANA if I were you (although it’s worth tracking and working out for yourself I’ve found!). Hydroxy is the most normal, least aggressive/ toxic med anyone with CTDs is offered so it may well be worth a try if you’re still symptomatic.

Wunder53 in reply to

Thanks for your advice. I contacted the lab this morning to clarify if they had tested my level of antidsdna and they stated that Ana is cascading test and if negative they do not do further tests - annoying ad my levels were high again last time so I find it difficult to believe would suddenly dissapear! Therefore have started hydroxychloroquine as planned as precautionary measure as he suggests for three months to see if my foot stops swelling xx

in reply to Wunder53

That’s so daft isn’t it? I know there are some with anti-dsDNA, anti CCP or anti Ro or La who have negative ANA. It’s less common but definitely happens.

When my synovial joint pain started my Rheumatoid Factor was clear positive but then later found that my ENA panel was negative. So the rheum told my GP that on strength of this negative ENA panel he was unlikely to offer me Methotrexate.

Then 2 months later he saw my hands himself and diagnosed me immediately with seronegative RA, put straight onto Hydroxy and Methotrexate together. 6 years on another rheum undiagnosed everything as all my bloods were normal but I did find out that my ANA had been equivocal when first tested ... the previous year.

Then a year later under another hospital it was significantly positive so I was given lip biopsy which confirmed Sjögren’s. If my ANA hadn’t been positive they never would have ordered that definitive lip biopsy.

My Rheumatoid Factor has been negative ever since that first 2 years.

But looking back my RA symptoms were actually due to Sjögren’s and yet no one even ran my ANA back then?

I think that we need testing for all these ANA and ENA antibodies as soon as a rheumatic disease is suspected - so they have a baseline to go by.

But after that our bloods can often be skewed by meds- even over the counter ones such as Ibuprofen. So if they don’t have a baseline then it’s fairly meaningless. And some healthy people have raised ANA anyway so I really have decided that too much store is put by these markers - it’s symptoms, inflammatory markers, immunoglobulins and compliments that count - basically the bigger picture is the one they should be guided by. This ANA is just one piece of a much larger jigsaw.

Hi Wunder53! 👋 ANA tests for the collection of autoimmune antibodies, so if it's negative, there are no dsDNA antibodies (dsDNA is automatically done if ANA is positive).

I'd been told once you have positive dsDNA, the antibodies never go away (sorry if I've added to the confusion), but this paper from 2015:

says 13% of folks in their trial became dsDNA negative.

The BSR Guideline says at least one of the 4 from 11 criteria* needed for SLE 'diagnosis'* has to be immunological:

BSR says 'An abnormal titre of ANA...at any point in time' so that's One.

I'm guessing they're holding horses to see if 4 immunological and clinical criteria (Table 5) come along for you before they label it SLE again, and they're suggesting Hydroxy because they expect it will, given dsDNA.

As Hidden says, the treatment for all CTD is similar, whatever the label.

*BSR also says 'The...classification criteria are not diagnostic criteria but may be helpful when considering the diagnosis' 🤷‍♀️

Wunder53 in reply to eekt

These antibodies come and go. Depending on how positive the tests were and what your other symptoms are is what convinces the doctor one way or the other. As an example, if you have a low positive ANA only and widespread muscle pain it is likely fibromyalgia. You are ANA positive plus have DNA antibodies and likely other signs the doctor has noted. Rheumatologists are the diagnosticians of last resort — get the cases that stump everyone else. His speciality is inflammatory disease. In my experience, a rheumatologist would never say it is a likely systemic connective disease without evidence. Try not to be concerned about a specific diagnosis at this time. It seems to me he is saying you likely have UCTD. These diseases take time to evolve. The better your relationship with your doctor and keeping him informed about your symptoms, the easier the process will be. Wishing you well.

Wunder53 in reply to KayHimm

Thanks kayhimm... have started hydroxychloroquine as per his advice - boy to they taste bad if sat on the tongue too long!! Taking each day as it comes as you say it's a waiting game for either symptoms or positive bloods... seeing him again in four months unless anything develops before then 🤗

bad in my foot now that it really hurts to walk.

He told me my ANA test was now negative, which...

confused. GP will not refer me to rheumy because of negative Ana

always show up on Ana and and gave the impression that blood test don't matter.as you can be...

Hi my ana was positive and recently had I checked privately through medichecks. It's came back...

all. Just back from my rheumatology appt feeling quite disheartened 😢 I had a positive Ana test...

speckled pattern. My ENA assay was negative however. I am wondering if ENA needs to be positive in...