I stopped taking Hydroxychloroquine seven weeks ago when I had a severe skin reaction, flushing of skin, itching and eczematous type patches on skin. I had actually had the flushing and darkening of skin for weeks before I stopped. However, as I had much less RA pain, I was encouraged to persevere! Big mistake, in hindsight!

It's now controlling my life and that's no exaggeration!

I've had numerous antihistamines and countless skin creams, none of which have worked more than 25% of the time.

I'm now on three weeks of Prednisone and Fexofenadine (antihistamine); I ve been on the latter for a month.

Has ANYONE experienced a similar reaction to Hydroxychloroquine after this length of time? If so, could you kindly tell me what treatments you had to resolve this discomfort?

Thank you for reading this post and for any responses! 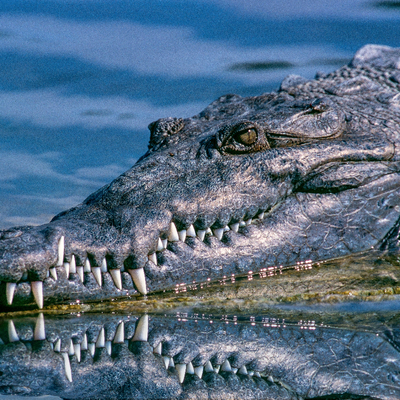 Izzy123gym
To view profiles and participate in discussions please or .
Read more about...
9 Replies
•

I haven't had that reaction to Hydroxy,...but have you had a Biopsy to confirm it is the Hydroxy?

I had a horrendous rash & was terrified it was an allergy to my meds, but my Dermatologist did a biopsy & it turned out to be a Post Viral Rash, which resolved after 4 months.

Speak to your doctors if you haven't seen a Dermatologist.

Do hope it resolves soon.....it's horrid to wake up & see it every morning isn't it?

Thank you, AgedCrone! I haven't seen a Dermatologist; I am seeing my Rheumatologist next Tuesday. Appointments areime gold dust; it's taken this long to get an appointment! Is she likely to suggest a Dermatologist?! My GP has not suggested it either.

Coincidentally, I have a 'cold' every ten/ twelve days; maybe the frequency of viruses is significant!?

Strangely, my lymphocyte count has been elevated since I started Hydroxychloroquine; this makes the GP think there's a correlation.

As you say, it's horrid, day after day! Thank you!

My rash followed the flu,so the cold virus could be involved.

It would be worth asking your rheumatologist's opinion wouldn't it?

After 20 years of auto immune disease I now work on the premise of " if you don't ask you don't get"!

My GP looked at my rash and said she had no idea what it was 'so let's wait & see'! I'm too old to wait & see......so when I saw my Rheumy I just said it had gone on long enough I want to see a Dermatologist & he agreed. Just say it as if you mean it. Your rheumy's more likely to refer you than your GP as Consutants don't seem so budget conscious.

So sorry to hear about your symptoms. I can't offer much advice but I will be following this conversation because I'm going through something vaguely familiar.

I have CNS Lupus (2 years) and been on hydroxy and all my other meds for 18 months - 2 years. In the last couple of months I have started having severe itching. It started after having a shower then grew to any time of day, some days good and some days bad. My GP is convinced it's my hydroxy and wanted to reduce them but my lupus nurse said no to reducing because the effects of coming off would be worse than the itching. Had blood tests for liver, kidney, blood count etc and all came back fine. Like you tried many creams, prednisone and fexofenadine and all didn't work either so now I'm starting Gabapentin and going for a chest X-ray and stomach MRI. There has been no mention seeing a dermatologist and my lupus nurse said she was out of ideas.

If I have success then i will let you know.

I hope you get your symptoms managed. It's frustrating enough living with Lupus.

Hi, I had Steven Johnson syndrome after having taken hydroxichloroquine for 2 weeks. I was admitted to hospital and put on IV steroids, antibiotics and antihistamine. The rash lasted about 4 weeks and then cleared up.

Am just awaiting results of blood tests and ultrasound as after 2 years on Hydroxychloroquine I have developed severe eczema on my hands, armpits and inner elbow. My inner thighs are now red and bruised looking. My hair is falling out again too. I was tempted to stop Hydroxychloroquine but lovely new Rhuemy asked me to hang fire. First person I have trusted in 2 years. I don’t take any other drug but Sertraline for the anxiety !!

Daisychain12 in reply to Cas70

CAS what’s happening now? What was the outcome??? Xxxxx

Cas70 in reply to Daisychain12

Oh just the usual, more blood tests and a referral to dermatology- she has actually slightly increased the Hydroxychloroquine but I am nervous to start - feel ok tho so that is good.

Thank you to all the above; you are all warriors and I salute you!

The rash hasn't diminished yet; I've been on Prednisolone for four days but it IS less itchy!

I will go to the Rheumatologist on the 15th, armed with the necessary photos and log of symptoms.

Thank you again; this site is SO helpful! 😀

at A&E as my face and lips had become extremely swollen and the skin had become very leathery.

issue has now been resolved and a new supply was sent to wholesalers in the week commencing 25th...

SLOW RECOVERY ON HYDROXYCHLOROQUINE- ANYONE ELSE FOUND NO IMPROVEMENT AFTER THREE WEEKS?

Hi all, thank you so much for all of your kind comments over the past week. You have definitely...

Retailers last week confirming the full availability of their hydroxychloroquine tablets. You can...

For anyone who needs a little smile today 😊