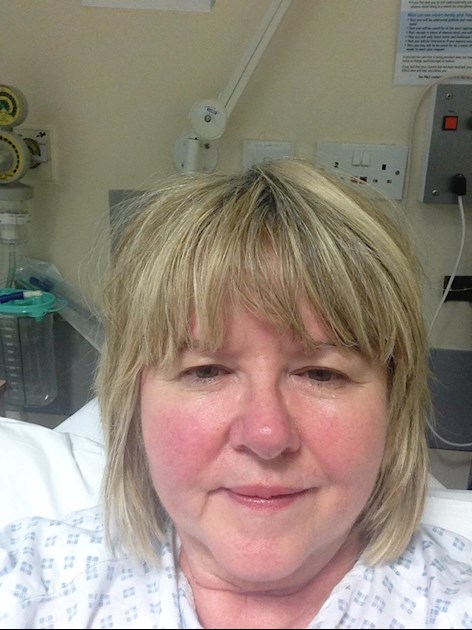 UPDATE - I can safely say this was dehydration, once I started drinking again it went, though I once had it for weeks, very bad in the morning and they called it urticaria and my CRP and ESR were high, I was given a cream for rosacea so, not lupus on this occasion.

I've a rash over nose and cheeks, this is how I look without make up, does it look like lupus? I've not been diagnosed with this but feel I've got something along those lines. I should add I am awaiting an op on my back so haven't drunk since 7am and because I have awful dryness/dehydration issues I know it could just be that. 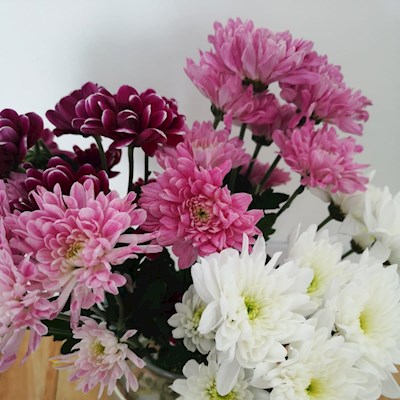 Krawlins
To view profiles and participate in discussions please or .
10 Replies
•

I find it hard to tell from that picture Krawlins, because i don't know what you look like without the rash! Mine gets very dark and contrasts a lot with pale skin. Keep your selfies to show to your GP or consultant because that will make it easier for them x

thanks lupiknits, on this occasion it was dehydration, I do have my other photos though and if I ever get referred back to rheumatology I have a few things to show them now, something I didn't used to do. I have one of my incredibly red feet, that I am sure indicate something too, who knows, I expect it to be a long road, long as I don't have to physically walk it I will just have to play by their rules x

Spot on Krawlins. Your last sentence sums it up very well. There is sometimes a faster route that you can learn from here, and even the occasional rule to bend , but on the whole we just have to keep on keeping on x

Have you spoken with your doctor about your concern that you may have some form of autoimmune/connective tissue disease? Do you know if you have had any autoantibody blood tests?

We have a blog article about getting a diagnosis of lupus which has some helpful information and advice. You can read it at lupusuk.org.uk/getting-diag...

Hi Paul, yes I have, they referred me to rheumatology in 2015, my hair was falling out in handfuls and GP was shocked when I ran my fingers through my hair and showed him. My blood tests when checked for ESR and CRP are always high, in the 20s anyway, still were when rheumatology did their full blood test and I had negative ANA so that was it, from that point I asked about sjogrens and CTD and polymyalgia, but he said no to all of them. I've pain in my feet and toes (go really red and burn) and this last week when very cold pain in hands and fingers? Even if it is just arthritis then wouldn't the specialist area be rheumatology? I saw one man the first time then the next twice another one and he didn't examine me, because of the embarrassment of it all I didn't insist, so the next time he literally just put his hands down my trousers to press around my hips and lower back, it was all very awkward but when I flinched he ordered an MRI, I'm now getting my back sorted, however I have pain all over when my skin is pressed, it is the soft tissue that hurts not the surface of my skin? I will read your link now, thank you

It does sound like rheumatology should be investigating your case. Has the ANA test been repeated at all following that negative result?

No, I was dismissed after 3/4 visits even tho he was originally concerned by the high esr and crp. I read the article though and very interesting, I will pursue this. I think he blamed everything on my lower back once he had the MRI result so I was passed to pain management and orthaepedics instead.

Ghostriders in reply to Krawlins

It sounds like you have Raynauds. That is an early symptom of autoimmune diseases. However, the doctor didn’t diagnose me until three years after that. It’s a waiting game, and if you have one symptoms will eventually get worse, and you’ll know for sure.

Just a thought when you go in - ask about psoriatic arthritis which is also an autoimmune condition. Your feet and toes as well as the touch sensitivity sounds like early symptoms that should be looked into. Especially if your back and other joints bother you.

As far as the face, I found best thing to do is keep taking photos and show them to a Rheumy and a Dermatologist if you can. This pic it’s hard to tell.

Thanks for your advice katidid, I checked my records and my ear is generally high 20s, last year I had a crp of 35. I will keep pursuing till I'm given the diagnosis I can't help but to need, probably because it will provide me with the proof my mind needs and most importantly the care/medication

Is this a Malar rash?

I get this rash usually after a shower. Is it a normal trigger for a malar rash (a shower) and does...

Is this a mild malar rash?

Just wanted to know if this looked like malar rash. I know the color difference isn't...

Not really sure about that really as I never get a rash anywhere else. I'm sure I have read...

Question is - does any UV light on any part of my skin lead to a malar...

much this rash affects me.

I have had it for some years now. I am not diagnosed with lupus. I was...

Taken ill at the dentist