Prednisilone - how long do the effects last? - LUPUS UK

I'm only 20mg a day, but, at my consultant's instruction, had a go at tapering down to 15mg by first taking 20mg, then 15mg on alternate days.

Does anyone know what the half-life of prednisilone is? Could I expect to feel any difference between 20mg days and 15mg days? How long before my blood levels settle down to a new concentration? 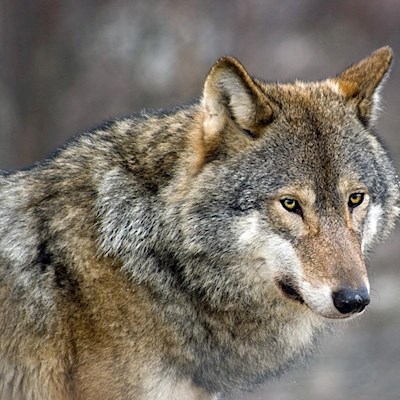 whisperit
To view profiles and participate in discussions please or .
6 Replies
•

It usually takes about 2 days to settle down into the new dose but the lower you get, that period might increase a bit and the withdrawal symptoms might become more pronounced. Particularly going under the 7.5 mg mark. That's why slow reduction is advised.

whisperit in reply to Purpletop

That's really helpful. I posted something on tapering on the BLF site here and got similar replies about the difficulty of reducing that last bit - i wonder why that is?

The half-life of prednisolone is 2-4 hours as it doesn't have to be processed by the liver, it reaches a peak in the blood after 1 to 2 hours so the peak will change immediately. Prednisone has a half life of 18-36 hours because it does have to pass through the liver. So if it is prednisolone you are on you will have got rid of most of it by the next dose - but the antiinflammatory effect lasts for 12-36 hours.

Depending on which end of that spectrum you are you might have a return of symptoms before the next dose but when you have only been on pred for a short time you probably won't notice too much difference as you drop. The longer you have been on it the more difficult it becomes to drop without steroid withdrawal symptoms at the change of dose. It also depends on the person - some people struggle with discomfort even at 1mg drops!

How slowly you need to drop below about 8mg where the body has to make its own steroid, cortisol, is also closely linked to how long you have been on it. The first time I was on pred it was a 6 week course of 15mg/10mg/5mg, each for 2 weeks and then stop. That is perfectly OK, but if you have been at the higher doses (20mg for example) for more than a few weeks then you will need to go more slowly to give the adrenal glands time to wake up again.

whisperit in reply to PMRpro

Briliant reply PMRpro, thank you! I was confused about the difference between prednisone and prednisilone, but your answer has helped clarify that they prednisone gets converted to prednisilone by the liver, right? So that's why the half-lives and peak levels are different...it's all starting to make sense!

I was given no advice on whether to split my dose through the day. Since I have been taking the 20mg of prednisilone in a single dose, that might explain the daily cycle of symptoms and symptom relief I get....

Meanwhile, I will be giving my adrenal glands some encouraging messages about how much I appreciate their cortisol input and please don't pack it in entirely just yet....!

PMRpro in reply to whisperit

A lot of people on the PMR forum who find it doesn't last the full 24 hours split their dose about 2/3 and 1/3, mostly taking the bulk in the morning and the rest at a time that fits them best. Again, everyone is a bit different. The received wisdom is that taking it all in once in the morning suppresses the adrenal glands less - but how long you are on pred also has a bearing there. If it is just a few weeks, yes that applies. If it is more like a couple of months it probably won't make a lot of difference.

whisperit in reply to PMRpro

Thanks, that's handy to know. I might try that sort of split

How long after finishing a course of steroids do they continue to have an effect?

How long does a steriod injection last :)

as i normal have around 19 in a month..come thr first of jan bang, and i had three bouts in a week...

How long until Hydroxychloroquine takes effect

control my life again. I want to get back to work, exercise and enjoying normal day to day things...

Has anyone had pleurisy and how long did it last?

How long on steroids?