What happens if your anticardiolipin ... - Hughes Syndrome -...

My anticardiolipin antibodies tested positive 3 years ago after I had a staph infection on my legs and a clotting in my foot. Blood tests showed the antibodies increasing for 18 months but then they started falling and my most recent test shows they are now negative. Will they come back? 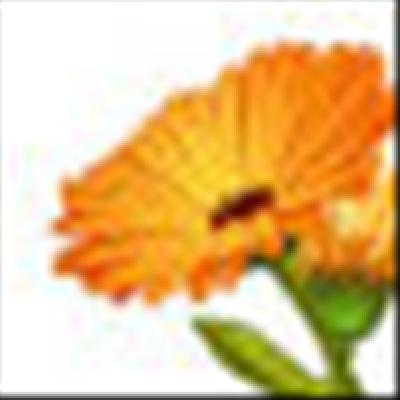 viv112
To view profiles and participate in discussions please or .
Read more about...
6 Replies
•

viv112 in reply to london-lass

I have an appointment every 6 months with the rheumatology consultant so I will be able to discuss it with her. She wrote to me with my blood test result to say it was very good news. I have been taking 75mg enteric coated aspirin every day on her advice. I decided myself to try herbal medicine and I take 100mg pycnogenol daily. In September 20I0 I went to see a herbalist who is a member of the National Institute of Herbalists. I had a monthly appointment and took a herbal tincture for 8 months. The daily aspirin helped considerably and I didn’t feel as tired, my feet felt less cold and looked more normal, but the blood tests showed that the antibodies were still increasing. It wasn’t until November last year after I had been taking the herbal medicine that they started going down. I haven’t discussed the herbal medicine with the rheumatologist because I know she has no time for it. No-one can say what triggers the auto-immune reaction but I would like to think that maybe there was an infection which lingered in my body and that now it has gone, and maybe the herbal medicine saw it off. Having said that, I still have the blotchy skin round my knees and on my arms so the livido reticularis hasn’t gone and I still get white fingers with the cold weather.

Welcome to the group viv, Reading the information we have the infection would of raised your antibodies and that would of also lowered them when the infection was treated reaserch shows that your antibodies fall depending on things like infections, stress your general health and Ann is right Doc can diagnoise you via two ways or a mixture of bvoth see the below

The diagnosis depends on the history, the examination, and special tests. The doctor will ask about clotting problems in the past (any history of clots in the leg or lung), previous strokes or heart attacks (and whether they occurred at young ages), less specific clues such as headaches, migraine, memory loss, and confusion. Women will be questioned about past pregnancies, and whether there were any complications. They will be asked specifically about any miscarriages, and at what stage of pregnancy they occurred.

A lacy, net-like, red rash known as 'livedo reticularis' (some patients call this corn beef skin!), is often found in antiphospholipid syndrome, particularly over the wrists and knees.

A simple blood test can detect the 'antiphospholipid antibodies'. Other blood tests can check for underlying conditions, such as lupus. The doctor may also assess other risk factors for thrombosis - by measuring the patients blood pressure to rule out hypertension, checking their glucose levels to rule out diabetes and measuring cholesterol levels.

The blood tests for Hughes Syndrome have complicated names but are essentially simple and universally available through your doctor/GP. There are two tests – anticardiolipin antibodies and the confusingly named lupus anticoagulant.*

positive in 80% of cases

Cannot be used if patient is on warfarin

* The confusing term ‘lupus anticoagulant’ should be done away with. It is NOT a test for Lupus and is NOT an anticoagulant. But it is a historical term, and so far has stuck. Confusion is added to by the variety of clotting tests used in different laboratories with abbreviations including KCT, KCCT, DRVVT and so on. A topic best left to the haematologists.

Of these two tests, the first is far more important and more frequently positive – but because nature can be awkward, some patients have only one or other test positive – hence the need to test for both. Having said this, we do see some patients who appear to have Hughes Syndrome in whom both tests are negative.

It is usually advisable to repeat the blood tests on more than one occasion – especially if the results are ‘borderline’ or ‘doubtful’. One positive test for antiphospholipid antibodies does not mean that a person has Hughes Syndrome. For this reason, the test should be repeated after 6-8 weeks. A positive test on two occasions is much more important for doctors making the diagnosis than a test that is only positive once.

Tests that are only just positive and that are present on only one occasion may not be significant. This is because harmless antiphospholipid antibodies can be detected in the blood for brief periods, occasionally in association with a wide variety of conditions, including infections and certain drugs (e.g. antibiotics and certain blood pressure pills).

In making the diagnosis, the patients history is often more important than the actual test results – for example, a 40 year old with a DVT and lung clot may not link it with the teenage migraine she suffered, or the two previous miscarriages. These points may seem pedantic but Hughes Syndrome is a diagnosis, which if made early, can totally turn around the prognosis from a potentially life threatening disease to a relatively normal life.

viv112 in reply to paddyandlin

paddyandlin in reply to viv112

I agree i would follow up with your GP

viv112 in reply to paddyandlin

Hi, yes, although my anticardiolipin antibodies tested negative my rheumatologist tells me I am still testing weakly positive for lupus anticoagulant and she doesn’t expect that to change. So I still have antiphospholipid antibodies and still have a risk of experiencing a clot, stroke or thrombosis.

Hello After 5 years of symptoms (initially thought to be MS) I have finally had two positive IgG...

Negative Anticardiolipin but told I have APS

I had elevated anticardiolipin and whatever other test shows positive for APS. On my second set of...

understanding.  I had a positive anticardiolipin IGM test and then 6 months later it was...

I have tested + for anticardiolipin antibodies - is this related to Hughes Syndrome?

apparently positive for these antibodies. I had to attend the recurrent miscarriage clinic about 7...

How often do you get tested for your antibody levels?

when I had my second positive test result and my APS was confirmed. That was about 2 years ago.