I have tested positive for the above for the second time now and with unexplained bruising, years of migraines my GP wonders if I might have APS.

all other bloods were negative, cardiolipin( I think) and the lupus anticoagulant.

GP has referred me back to rheumatology where I was referred to joint pain 2 years ago and diagnosed with Undifferentiated Inflammatory ARthritis after scan showed synovitis. It was at that appointment that I first had a positive anti beta 2 test but it was never followed up (even thought they said it would be).

Does anyone else here have similar blood results? If you had migraines did diagnosis and medication help? 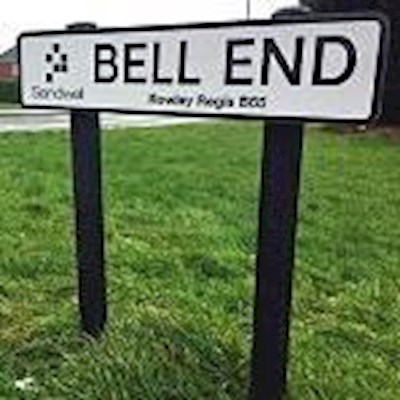 Brychni
To view profiles and participate in discussions please or .
Read more about...
9 Replies
•

I don’t have migraines , but had a DVT in my calf in 2009, put on warfarin for 3 months and then 325 mgs of aspirin. Was not diagnosed with APS at the time but after a second clot in 2017 I was tested by a hematologist and the only thing I was positive for was the anti- beta Glycoprotein IGA @ a level of 150- quite high.Have been on warfarin since 2017.

Hi, sounds similar to me maybe... I had the same tests positive and 4 miscarriages, but never had other blood clots or problems. I had ten years of migraines but what fixed it was not blood thinners - those actually made it worse. Allergy medicine (specifically Zyrtec) gave me major migraine relief. Vitamin D gives me joint pain relief. You need to talk clearly with your doctor because if you need blood thinners, don't listen to what I do. But here is my experience if it helps.

It is important that you now see a Specialist of autoimmun illnesses and especially one who works with APS at a daily bases. There are many Rheumatologists who do not know APS very well as it is a rare illness and a rather new one also (1985).

So that is the most important thing for you to do now so you get a correct diagnosis and the correct anticoagulation if you need that which you probably need in some form or another.

We may have one antibody (they test three for APS) positive or three and get a diagnose all the same from a knowledable Specialist.

Good Luck with this job.

Also to your question we have too thick blood (too sticky blood) and need to thin it. Anticoagulation will help with the symptoms if migraine is one of yours. That is a typical neurological symptom. You can read "Sticky Blood Explained" by Kay Thackray to better understand this illness. Kay has got APS herself and it is one of the best books written about APS (said by prof Graham Hughes himself).

I can tell you I live in Sweden and I have all three antibodies positive since several years.

Brychni in reply to Lure2

I tested positive only for the anti beta 2, not the other 2, LA and cardiolipin.

Thank you all for your replies.

Like you I tested positive for this antibody x3 and was having terrible chronic migraine and all kinds of other symptoms. Migraine had been almost life-long but had worsened to the point of disability. I'd begun to have weird very long aura-type events which might or might not have been TIA (still don't know).

Short answer is that anti coags (Apixaban) did not stop the migraine although I feel I'm less likely to have a blood clot. MIgraine is less severe and overwhelming but I think that's the sum of many things (see below) not just the anti coag alone.

Yes, it definitely helps to get a diagnosis. I'd hoped it would help more than it has with my GP practice.

History - I realised with research I might have APS, MS or B12 deficiency. It then took a long time to be taken seriously with the first GP calling me a liar re. my symptoms. Fast-forward to the positive test results and referral to a rheumatologist by a 2nd GP (changed practice).

Seeing a rheumatologist was brilliant because they deal with these symptoms all the time and take them seriously. I had lots of tests and scans. The first suggestion was mini aspirin but I have a bad reaction to that (and NSAIDs in general). Then they would have tried clopidogrel but in the meantime I was diagnosed with Afib by a GP and given Apixaban.

I also saw a headache specialist during this time. Having established via scans that it's safe to take a low dose triptan as he suggested, I use that for the migraine several times a week as Apixaban didn't stop them. Also suggested supplements (moderate effect) and a trial of a neuro stimulator (didn't work). The headache specialist didn't know about APS unfortunately, although excellent in other ways.

I stopped eating gluten about nine years ago and that helped the nausea and vomiting part of the migraine. I did get B12 treatment too and that has helped a lot of the weird unexplainable symptoms I was having. I don't drink alcohol and eat a careful diet.

I have just now skimmed through your migraine posts .

I see topirimate did not help cluster migraines. ( I’m on split dose 300 mg total for epilepsy plus added benefit of help with cluster migraines- does nothing to help. Diagnosis off epilepsy predated APS by 4 yeats by tried about 3 anti epileptic meds in combination without full control. Only warfarin has truly helped.)

Yes- this is the only thing that has helped me. I have migraines when blood is too thick- but also puzzlingly, when it is not. It’s obvious to me there may be many mechanisms of action at play when it comes to migraines in the APS patient.

I did use nurtec as an abortive ( with Aimovig) but it does not work. Now trying Ubrelvy.

I may have 3 -4 break through migraines a month- but they are not as dibilitating on the Aimovig.

Also- for me… follow a MCAS diet. Don’t worry whether not not the tests show you have it. Treat it as a “migraine free diet.”

I use rice in place of pasta. Easy!

No dark meat when eating poultry.

The idea is bacteria causes our mast cells to over react- and “degranullate”, releasing histamines. ( this is one reaction- it’s the basic, straight forward one. We react to medicines this way when we have MCAS- can often be excipients- GI read you do this with some meds. Makes me wonder about MCAS. Use dye free Benedryl( with your doctors approval) during next episode of migraine and see if it helps.

Dr Tina Peers in England is a MCAS specialist. ( my specialists in USA is Dr Jill Schofield in Denver, who is an APS specialist. She told me approximately 50% of her APS patients have MCAS, and they usually also have Sjögren’s syndrome. The link is also with the Sjögren’s. ( which I have.

I do have labs which show MCAS- like elevated chromogranin A, others I can’t even remember… but tryptase was normal. is hard to catch unless you are in an acute episode- then it’s hard to get out of bed…

I have had a letter from hospital that says the beta 2 glycoprotein levels are elevated at 21. Can...

Can anyone advise me how test results for Beta 2 Glycoprotein 1 Antibodies IgG (and IgM) are normally reported?

this year. (I have since been referred to a surgeon re having my gallbladder removed as I have at...

ALONE being positive plus recurrent miscarriages but has NO history of thrombosis ?

where I have had 2 positive Lupus Anticoag results, but my rheumatologist has dismissed it as I...