3 weeks ago, I joined this group following TIA or a hemiplegic migraine, the jury is still out on that, either way, I was sent home packing. Following that, I've felt really groggy, almost feeling like I've a permanent hang over.

Forward to last Tuesday, I was feeling quite good, I went to work. In the evening though, I was helping my wife run her Slimming World Group, when out of the blue, I started feeling sick and dizzy, next thing, I was on the floor unable to move. Found myself in recusitation room, could move my arms, legs, and my mouth and eyes were drooping, apparently, I was in that room for 4hrs, having all sorts given to me, injection of something in my stomach, some ghastly dispersable aspirin and a drip. They kept me in, everything went back to normal over night, apart from slurred speech. Once again I was sent home, it was a migraine again!!

The last couple of days, I'm sooooooo tired, my body feels like I done a few rounds with Mike Tyson, I still have my 'hang over'.

Can anyone recommend something for these pains in my joints and these chronic headaches? I'm already on aspirin.

Sorry guys, it sounds like a rant, but who else is there who will listen? 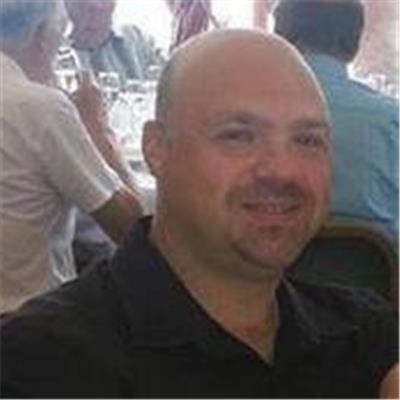 Simon_james
To view profiles and participate in discussions please or .
Read more about...
10 Replies
•

If I were you, considering the diabolical and ignorant attitudes to Seronegative Hughes, I would consider a very urgent appointment to London Bridge, or to somebody private off our list local to you, this way you could find out one way or the other.. as if it is Hughes you will need more than Aspirin, you need to get to the bottom of this swiftly and while you wait for appointment stay on the maximum aspirin suggested, (full stomach please), and write a list of your medical symptoms from birth until now, in bullet points, including infections etc etc. Also if any other close relatives have had similar incidents or other autoimmune disease or miscarriages...if I were in your position I would be doing this, and did do! Seronegative Hughes Syndrome does exist, hence the book to be written and collated soon.

You could also purchase the transcript of our last patients day at St Thomas' with clear speaking advice about Seronegative Syndrome, and also there this paper: ard.bmj.com/content/62/12/1... Mary F x

Poor you - Simon! I think I said to you that I've had both TIA and hemiplegic migraine and they can both leave you feeling wiped out. Have you tried getting in touch with the National Migraine Centre: migraineclinic.org.uk/ - they are really helpful and know their stuff about hemiplegic migraines.

I think it's important to understand that these are not your run-of-the-mill migraines and you will feel ill afterwards - I was in hospital for four days after a severe one and didn't really recover fully for a month or so. If you could work out what's triggering them, it could help you prevent them - APS doesn't help but there may be another underlying cause.

Yes important to distinguish between the two or both, however seeing a neurologist about Seronegative Hughes Syndrome might put things back a bit, but if you are reading this Simon, you could self refer to the National Migraine Clinic, it is by donation on the day.. and at the same time go to London Bridge, that way you have it covered! Mary F

in reply to MaryF

Yes, totally agree Mary - the National Migraine Clinic really are good and it's only by donation rather than upfront fees

I used to get similar events to what you describe and these were diagnosed as TIAs/Migraines by Prof Hughes and I was put on Warfarin and 75mg Aspirin. Subsequently I have been switched from Warfarin to Fragmin (Low molecular weight Heparin), which is a tummy injection.

I agree with Mary's advice to get an urgent private consultation at The London Lupus Centre, London Bridge Hospital, with one of Prof Hughes team. I also agree with Kate that you should have a word with the people she suggests too.

Thank you all, I think the answer is to self refer. I've just opened my mail for the day, the earliest a consultant can see me is Jan 14th. It's time to start looking.

Does anyone know how much it may cost to see of Prof Hughes' team?

Hi Simon...how awful for you!!

Yes it sounds like you were given Heparin injections & you seriously need to be seen by somebody who knows about Hughes Syndrome just to have the relevent checks & to listen to your stories of what has been happening....migraines have been known to knock you down & cause stroke / Tia like symptoms.....but they can also mean....as most of the men on here know could be a sign for Hughes Syndrome? better off getting it checked off the list?

All the best, let us know how it goes, Sue

Hi Professor Hughes diagnosed me as having Hughes Syndrome. He witnessed me having several episodes and he said they were TIA's. Now I am being told that they are Hemiplegic Migraines, they do wipe you out and leave you absolutely fatigued. I saw a top consultant at St. Thomas' who said that I should consider taking myself off Warfarin. I still have several auto-immune conditions Hughes being one of them. It wasn't my choice to take Warfarin and it shouldn't be my choice to come off it, no one will take responsibility. Good luck and rest, do what is right for you. CaroleJ

Hi Carole - that's a really difficult situation for you. I found the only difference between the TIA and HM was the onset of symptoms - the TIA was all of a sudden, sight loss, blinding pain etc while the HM came on slowly with speech problems then paralysis - it lasted longer than the TIA too.

I had one doctor at the Stroke Unit who was insisting I'd had a stroke and wanted me to go on warfarin while another believed it was HM. As I'd had experience of both, I also believe it was a HM and was happy with the MRI results. I personally will avoid warfarin while I can as it's a very powerful anticoagulant - only necessary if you have clearly had a thrombosis.

I think only you can now decide what to do about your warfarin. If you've been on it for a number of years, with no ill effects, it would be tempting to stay on it, but the consultant will be concerned because it can cause dangerous bleeds which is an unnecessary risk if you're having HMs and not TIAs.

Maybe you should have another chat with the consultant at St Thomas' to help you decide? Good luck.

Recommendations about the flu vaccine?

APS, pregnancy and getting the flu shot?

threat? Or because I'm on treatment (cleaxane and aspirin) would this flatten any response i may...

may I make you aware of the information that follows, that has just come out in the HSF newsletter...

about the tetanus vaccine I remembered my teenage migraines and fatigue starting almost immediately...

The flu vaccine for APS patients in the UK

﻿Another positive beta-2 glycoprotein but numbers have dropp...

Has anyone experienced Renal problems with APS