Help : I get really shaky when I haven't... - Healthy Eating

I get really shaky when I haven't eaten for a few hours my diet is mainly carb based is there anything else I could eat other than bread rice and pasta? Not really sure where to start I struggle mainly with lunches because sandwiches every day are really boring 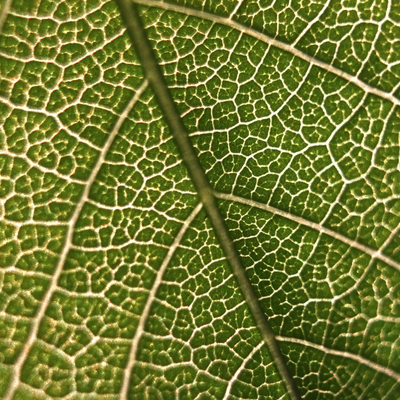 chalky96
To view profiles and participate in discussions please or .
8 Replies
•

Hi Chalky, we'd always recommend seeing your doctor if you have symptoms like this, as it's wise to rule out any medical issues first of all.

For lunches, would things like soup or salad be an option?

Has your doctor suggested having a snack between main meals? Did the doctor test for Hypoglycemia (low blood sugar)? Did they say how many carbs. to eat each meal/snack? Do they have you counting carbs.?

I eat Greek yogurt with breakfast and lunch depending on the day (yogurt at lunch on weekends with another item with fewer carbs. in it).

The raeason you feel shaky is because your diet is carb based. Carbs all metabolidse into blood sugar. If you eat foods with a high GI your blood sugar will rise quickly and this will induce a large release of insulin to control the blood sugar but these high GI foods only produce a short spike in blood sugar and the body has released a large ammount of insulin and hence you will have more than you actually needed and will suffer low blood sugar a litte while later which is the cause of the shakiness.I suggest you change your diet to avoid these high GI foods especially. Things like wheat based products in particular as the gluten intensifies their already high GI

Not a dietician, but have studied nutrition for personal gains: change as many of your carbs to complex carbs as you can. So if rice eat brown or wild rice, bread eat rye, or whole wheat bread, pasta eat whole wheat pasta. Try to avoid over processed white carbs. Eating carbs in their more natural state or in complex form will ensure you have lasting energy in addition to delivering you greater nutritional value. Also try to add in fruit and or a veggie with each meal. The shakiness is usually because of low blood sugar, hypoglycemia because the carbs you are ingesting are quickly turned to sugar in your blood causing a spike in insulin then the effects wear off rapidly as well causing the shakiness. If you are ingesting complex carbs they are a slow release version of the above scenario and better for you as a result.

Hi... it sounds exactly like the thing I had when I was a teenager, so I'll just share my own experience of this. I often got it when I'd been running around a lot, and at the time found the answer was to eat lot's of sugary snacks - usually chocolate! Later, I found that a small lick of salt at the onset of the symptoms had the same beneficial effect. Hope that helps!

For lunch I have home made soup (I have a soup maker) or a baked potato with baked beans or tuna mayonaise. Although the potato is high in carbs they are complex carbs which take time to break down and does not spike insulin levels excessively. For rice, just substitute brown rice for white rice, you will get extra fibre/less carbohydrate and a more slowly broken down carbohydrate. For pasta I'm afraid there is no real option as it all contains gluten which speeds up the absorption of all carbohydrates. .

I'd also advice you to have snacks between main meals. These could be nuts, seeds, nut butter, some fruits like apples, blueberries, and strawberries. As for the lunch meals, there are plenty of products you can include. Like, quinoa, oats, buckwheat, sweet potatoes, beets. I know it's easy to suggest, but when it comes to your own nutrition, there is no imagination. I have the same problem. When I came across with betterme.world/articles/7-d... article, I've found some helpful suggestions, where snacks were mentioned as well.

I am the heaviest I've ever been and I'm really feeling it and seeing it in the mirror. I recently...

regulate my eating or able to trust anything that goes in my mouth as being ok. Im really...

been doing really well with my weight loss start and so he said we won’t bother and will eat at...

it is for my question. I've tried all types of diets to reduce the pain but I've found none that...