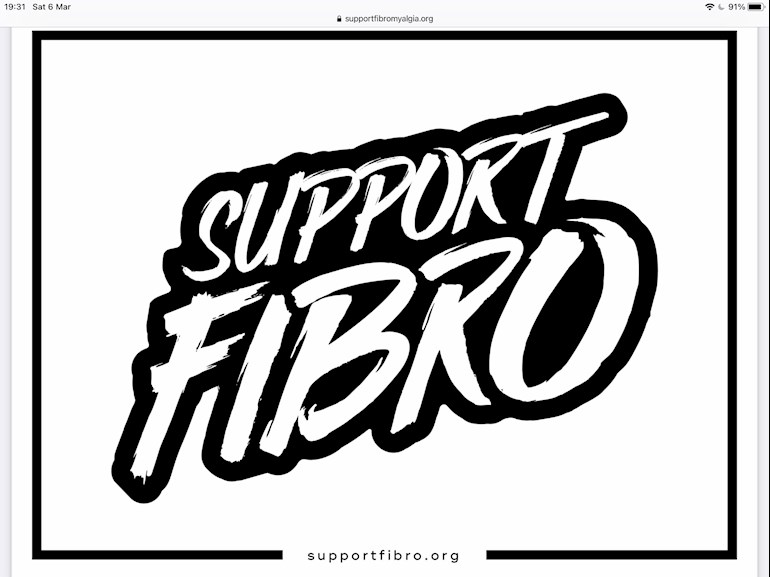 This week it is Fibromyalgia awareness week please see our events on the home page as it is listed and starts today until the 12th of September.

What interests me is that foods that affect me badly as a coeliac also seem to affect those with FM like gluten and the dreaded polyols (sugars made form refined starch) as I avoid gluten like the plague and I avoid artificial sugars. These are known triggers for IBS too.

Here's a link with some excellent dietary advice for those with FM:

And here's another interesting link exploring connections and similarities with FM IBS and sjorgens syndrome:

When I was a teenager I was diagnosed with fibrositis which's now classed as Fibromyalgia but because I was young and fit I quickly learnt to use exercise and relaxation to keep the pain in my shoulders under control. Then everything changed after a bad bike crash where I injured my shoulder badly when I started using magnesium by dissolving Mg flakes in boiling water allowing to cool and then rubbing it on the affected area as MG is absorbed through our skin and is a natural muscle relaxant. Also lots of people are deficient in Mg so this is well worth investigating I feel.

As I know that we have many members with FM it'd be great if you could share your eating tips for reducing inflammation and improving your quality of life.

And lastly for any new members here's a link FMA-UK:

Thanks for adding this post and supporting FMA UK and more importantly awareness of fibromyalgia especially during awareness week. A little bit about me first of all

As chair of FMA UK I am responsible for ensuring that we set long term goals while ensuring that the day to day operations of the charity keep getting done. With my previous role of keeping the IT operations like the website and social media running properly, I am still involved with these and step in as required to help out.

I became a trustee in August 2008 after a short time of helping out as an advisor to the board. In this time, I have concentrated on promoting communication and using any methods available to increase awareness of fibromyalgia. More info here: fmauk.org/23-des-quinn-1

In regard to Diet lets start with the good news:

A healthy diet is healthy in relation to your general health and well-being. Less weight means less strain on many body functions such as joints or even simplistically on your bum and thighs when sitting down which can cause us fibro pain. But less weight does nto equal better fibro as it is a very complicated condition.

There is no specific diet that will help fibro. Although the internet has many people that say there is and are willing to sell. However, the evidence is very inconclusive on the contribution of diet to fibro with the Mayo clinic in 2015 I think concluding there is no evidence out there that suggests that evidence is good enough for any course of action.

Ah but.... intolerances or sensitivities

This is where it is complicated. Some people will sue wine/alcohol as a therapeutic. This is obviously a bad idea on the risk / benefit side of things but also on general health. Many other people will find alcohol as an irritant that makes them worse or reacts with meds. So best treated with caution.

Gluten, carbs, sugar and many other things are cited as similar irritants that set off individual fibromites flares off. Hard to measure or justify in large populations but those with an allergy or are celiac for example have to pay attention to how body reacts. Others can adjust their diet is under their control.

Your body, your diet, your control and someone is listening to you i.e. you!

Having agency or control over your choices and influencing the output is a powerful tool and worth exercising. Check what you are eating and control it and see if it helps. Your body however has a mind of its own and can go through periods of balance (homeostasis) as is seen in diets where initial reaction is positive and body gets used to it and balances out so short term conclusions are not a good idea.

There is a lack of good evidence for diet relating to fibro but there is research going on to move beyond anecdotal data. Gut biome and such is and area that is being looked into but still got to say that a heathy diet is going to be better for you. Stay away from the Fads and the internet gurus and see what works for you.

Have a good awareness week and any questions then please let me kow or jump over to fmauk.org.

Hi desquinn thank you for this as it’s very interesting and informative.

I think that you made some points that were very good, like our weight and general fitness and I really like us taking as much responsibility for ourselves and our well being as possible by making the right choices for us.

One things for sure a healthy balanced diet with adequate exercise is a magic formula for everyone.

Hi, I'm the office admin for FMA UK at their head office in Paisley. Thanks Jerry for the invite to contribute to this post.

I have a few food intolerances which affect my IBS /Diverticular disease rather than my fibromyalgia directly, but can affect it indirectly

I follow a wheat, gluten, dairy, egg, tomato free diet and also try to limit sugar, soya and corn. These are all foods that I know will trigger IBS symptoms such as bloating, stomach cramps, nausea etc as well as several trips to the toilet.

As a result of my IBS symptoms flaring, I will usually find that my fibromyalgia symptoms will also flare, especially pain levels.

While cutting out these foods did not result in any noticeable improvement in my fibromyalgia symptoms, it has reduced food - related flare ups

in reply to Hazel_Angelstar1 year ago

Hi Hazel_Angelstar thank you for this as it’s so interesting the same foods come up time and time again as triggers for adverse reactions for many.

We have many members with IBS and FM so I’m sure that they’ll be able to relate to this and it’s great that we can help with Fibromyalgia awareness week.

I had rls which I suspect has similar if not identical causes, namely chronic inflammation of the nerves. I would suggest that an anti inflammatory diet would help, they're invariably low carb and avoid processed carbs as found in bread which has the added problem of containing gluten which speeds up the absorption of the starch. Many diets avoid refined grain oils and other oxidative foods which cause chronic inflammation.

desquinn in reply to Eryl1 year ago

RLS is a frequent comorbid condition with fibro and a frequent subject of discussion. However, chronic or just inflammation does not appear to be a factor in fibro and often ruled out during diagnosis to eliminate other conditions like arthritis.

Eryl in reply to desquinn1 year ago

As it is so often comorbid doesn't that suggest that it has similar causes? Maybe inflammation should not be discounted so easily. After all I've completely eliminted my RLS by sticking to an anti inflammatory diet.

desquinn in reply to Eryl1 year ago

no comorbid does not mean related but could do. If 20% of healthy population have X but 25% of fibro population have X it suggests we are more likely to get it and this may mean it is related but does not actually mean it is. Is the underlying body weaker, are the meds compromising us, are our disease induced deficiencies part of it like lack of activity, poor diet, poorer socioeconomic situation or other factors.

Irrespective our current measurements on inflammation do not show it as significant in fibro. Science does not tend to discount things but awaits for it to be ruled into the conversation on the basis of evidence.

Woodhouse16 in reply to Eryl1 year ago

My diet helped with rls too but also a supplement called vein vine helps with circulation heart health ect and has taken away my rls completely plus much reducing my varicose veins which is the main purpose of me trying them in the first place. On my second pack now and wouldn't be without them blood flows through my body much better

As a sufferer of Fibromyalgia and also diabetic I would love to know the things I should avoid etc as I have found I have quite a lot of flare ups but never even thought it could also be impacted by my diet.

Plant based has done me wonders cutting out dairy gluten ect has made my pain fatigue memory loss ect the world of good but has took trial and error and a year on from starting this after having pain management clinic appts cancelled through covid and still not up and running also not being able to tolerate strong medication I decided to take matters into my own hands read up and study things I've finally turned a corner!. Wether this will continue I don't know as with fibromyalgia you can never tell as it's so unpredictable but it's certainly worth giving it a try with plenty of frest fruit and veg daily too. I eat at least six various types of veg a day including kale and spinach which make you feel stronger more energy ect. Have to stress this has been a long journey for me to get this far though but was determined to keep on with it. Now a year on I'm much improved still have bad days but not as frequent and intense. I also take a supplement called Vein vine through health span which have to say has improved my circulation greatly and no longer suffer from restless leg syndrome and my legs and feet are not so painful and tired!. Hope this can be of some help to you but it does take time and perseverance.

The latest research does indeed point to this being an ‘immune’ disease. IMO Auto-immune conditions (and the associated flare-ups) can be addressed with an anti-inflammatory diet.

The best artificial sweeteners for people with diabetes 💚

with diabetes. I avoid artificial sugars but am still interested and was interested in what...
•3 years ago
11 Replies

What is a balanced diet?

elements in proper proportion and is it a balanced diet?

How to live longer? The best Diet proven to increase life expectancy!