I take 100mg of Tramadol at night to ease the fibro pain so I can sleep but it doesn't work. Doc has suggested taking two tablets instead of one. Can't take codeine as it makes me constipated. Do any of you take any painkillers that really work for you? 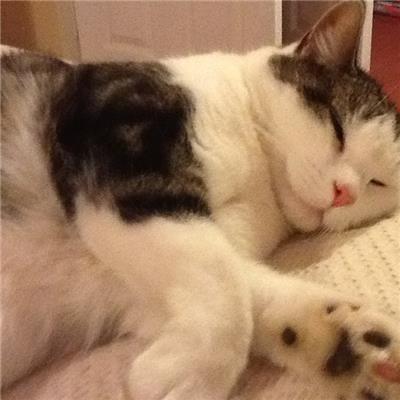 Gill48
To view profiles and participate in discussions please or .
Read more about...
18 Replies
•

I have tried almost every pain med for fibro going as far as Gabapentin. I have found some do work for a while but in my case not for that long. I have terrible side effects so have to manage without pain relief. My GP gives me sleeping pills to betaken only when really shattered so I can get a couple of great nights sleep to help me cope.

pain meds do work for a lot of people but from my experience you end up with higher and higher doses and then combinations and your quality of life suffers,

I hope you find something that works for you. Your best bet is to see gp and discuss other types of pain meds.

Hi Gill48, I have tried most of the pain killers , though i find them all to much for me. in that i cannot stand the zombie effect they give... I have morphine slow release, these work for me when i am very bad, however, I was in such a bad flare up a couple of weeks ago, my doctor gave me 7 days worth of diazapam 3mg three times a day and zoplicone a sleeper for the night... I have to say it worked, the spasms stopped the pain eased and i slept..... this week, for the first time in a month i got into my garden... so i suggest you chat to your Dr. again,,, it is all about trial and error with our meds honey.. I hope you get it sorted gentle hugs HC x

Do you take the extended release Tramadol? I did better with it once my GP changed it over to the extended release version. The Consultant at the pian clinic also recommended taking it twice a day and getting it to stay in the system which gave me better pain coverage than when I just took it at night.

Gill48 in reply to jillylin

Yes, I do take the modified release Tramadol plus paracetamol at night but find that the pain wakes me about three hours later. The doc did say I could take a Tramadol tab in the morning so I will try that, thanks

I was on Tramadol for awhile and my Dr said I could take 2 Paracetamol with Tramadol that will make it stronger without the side effects than if you take two 100mg instead. Hope this helps you? Aisha x

Gill48 in reply to Aisha

I have always taken 2 paracetamol tabs at night with the 100mg modified release Tramadol tab but find that the fibro pain wakes me about 3 hours later. After that I wake up every hour with pain and have to change position. The doc has prescribed Zopiclone, which helps me sleep much better but it is only prescribed short term.

I have excellet results with Tegratol I take 400gr three times a day the evening one has the added benefit it helps me go to sleep. I hope you find what suits you good luck xgins

Sarah-Jane in reply to Ginsing

You are the first person I have heard that uses Tegretol for FM. I use it for Epilepsy and have heard it helps Migraines too! I take Amitriptyline and Lyrica at night and usually sleep well. I have had to raise the Amitriptyline for the sensitivity in my skin to the night things.

Slow release 100mg Tramadol plus 900mg of gabapentin and four of those tiny 30 mg Amitriptylene, just before bedtime usually gets me to sleep, (but then the IBS and prostate have me out of it for the rest of the night!)

But what the hell, life could be a lot worse.

I take Tramadol slow release at night and also wear a 7 day slow release morphine patch, plus I take citalipram and 2 paracetomol, but still wasn't sleeping through the night. My doctor recently gave my Amyltriptiline aswell, which I also take at night, I am finding that really works for me.

I take 100mg Tramadol 4 times a day plus 100mg Gabapentin 4 times a day, 25mg Hydroxyzine at about 8pm and as soon as I start yawning its up to bed. I also now take 10mg of Methotrexate per week (but thats to help with the Psoriatic Arthritis) it does help slightly with the Fibro pain, but yes most nights I wake 6 or 7 times, if I can't get back to sleep then I get up, have a cuppa, a couple of paracetamol (not allowed any other NSAIDS cos of Methotrexate) watch some mindless tv then back to bed. I find either the Fibro pain or arthritis pain normally is what wakes me, and if the pain doesnt then the fibro 3am alarm does. Can someone tell me what the difference between slow release tramadol and the ordinary stuff is;?

My doc told me the slow release Tramadol should last up to 12 hrs but it doesn't.

Gill48 in reply to sianikb

I used to take Amitriptyline but I put on over a stone in weight so I asked to be taken off it.

How about slow release zomorph which is over 12hrs twice a day or quick release oromorph which can be taken every two hours.

I used to take Tramadol before the were more widely used, I changed Doctors because i moved and he refused to let me have them saying they were too expensive!!!! Now everyone is one them! That was back in 1999, I had to change doctors again and was allowed them, but over time they had very little effect on me. i took the two types, the slow release and ones you can take as and when you needed them, but in the end they didn't touch the pain so went back to Dihydrocodiene and paracetamol. Although even though don't get rid of the pain they do take the edge off, mixed with gabapentin, amitriptyline and Diazepam and a whole load of others for other problems too. I'm sure we are doing our bodies in mixing all these chemicals. I often wonder how I would feel if i didn't take any! I have never tried and am now too scared to!

Can anyone explain why Tramadol can work amazingly well on one day and another time my husband has...

side is the pain is almost away and I slept last night . The best sleep in almost a year any advice...
•
30 Replies

to, is tramadol any better or worse? my new GP has told me to go back and see him if the pain got a...
•
15 Replies

drs and been prescribed tramadol in the hope it will help me with pain and sleep. What are your...