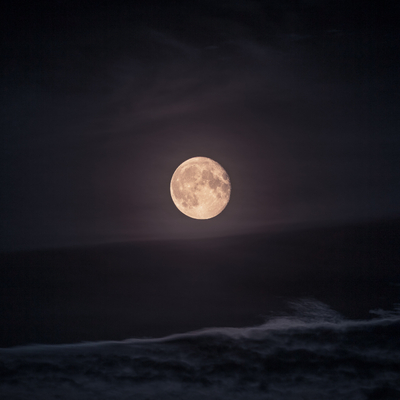 Rachel20
To view profiles and participate in discussions please or .
24 Replies
•

I have a similar problem to you and I got diagnosed with overactive bladder syndrome before I was diagnosed with endometriosis. I was prescribed Tablets but I didn’t think they worked so I stopped taking them. If anything they just changed my schedule as to when I needed to urinate. The doctor simply told me to just go to the toilet when I needed

I think its dreadful that a doctor told you to go to the toilet when needed.Its dibilitating and painful.And just stating the obvious.Its not as if we have any choice.I was hoping there were some tablets that could help with this.I think some doctors really dont seem to understand.Thank you for your reply.I just wondered if there is a specific test for over active bladder or are they just diagnosing by you what you have told them.After alot of problems.with a gp forgetting to refer me to gyne thegp surgery are now saying i have endo with no test

They diagnosed me based on the frequency of times I was going to the toilet. They may be diagnosing you based on your symptoms but yeah it can’t be for certain until they run tests

I feel your pain sister 💔 I was dignosed with an over active bladder at the age of 17 im now 37 and was dignosed with server endo at 35. Iv had multiple procedures on my bladder from bladder stretch, botox injections to having a stimulating device permanently inserted inside me and connected to my spinel cored to help control my bladder which I must admit had improved my bladder by about 50% I was using to the toliet about 25times a day. However I have alway seen increased problems around my period and ovulation which I was told was normal due to extra pressure, but about 6mths ago similar to yourself I was struggling to go and felt like there was something blocking my flow and then would have a big flow so I mentioned it to my IVF doc who done a 3d scan and now believes iv got Deep Infiltrating Endometriosis which he believes is the cause of my over active bladder. Very frustratingly 20yrs ago I could of been dignosed and treated and avoided 20yrs of nightmare and now infertility. Maybe have a word with your endo do see what they think could it be DIE or maybe it is an over active bladder on which case ud need a referral to urology 🤔 .....hope this helps

Thank you so much for you reply that helped so much.I am so sorry to hear that you went through and are going through all that.With no real explanation or help advice from the doctors i felt completely alone.Its actually unbearable.Absolutely terrible that you were left that long.Great advice that i need urrology.I wouldnt have known that.My gp forgot to send my referral to gyne so now i am at the back of the 1 and a half year waiting list again.I was waiting a whole yr till i found out she hadnt sent it.I have had an ultrasound with internal ultrasound but nothing showed up.Thank you so much for your help x

Fighting-Endo in reply to Rachel20

Yeah the system isnt great and a lot the time its just put down the women's problems so we should just get on with it and always smile to as if nothings wrong. Keep on at ur GP and insist on a referral my urologist is amazing not sure where u are in the UK but if ur in East Midlands asked to go to Nottingham City Urologist Dr Parkinson. And not everything shows up on an ultrasound so ask for 2nd opinion. Thats terrible your referral never got sent surely thats not ur problem and the GP should push it through as an emergency. Im currently waiting to see my gynecologist to discuss what can be done about my DIE coz I cant progress with IVF untill they know how bad it is but like you the waiting list is long and I have an open referral but I ring twice a week to check for cancellations not sure ill get one but worth a go so you could do the same even if it just brings it forward a few weeks. Hope you get sorted 🙏🙏🙏🙏

I have had this problem. I went through all kinds of painful tests and they didn't find anything and thought it might be an ovarian cyst pressing on my bladder. But the cyst popped and the urinary urgency continued. I took imipramine off and on which helped a lot. I never really knew the cause but I think it could be related to adrenal fatigue because when I started addressing that I felt better. Doctors don't really recognize adrenal burnout so you have to do your own research. It's mostly a diet and lifestyle change. Oh yeah try cornsilk or cornsilk tea. That might help you fully empty your bladder and feel relief too.

Rachel20 in reply to LCVF

Thank you for your advice.I have just been diagnosed by a gp as having endometreosis and wondered if this is a common symptom

powellc in reply to Rachel20

Hello, I had this too. Turned out I had endometriosis inside my bladder. Now on vesicare which helps bladder a lot.

Rachel20 in reply to powellc

Im sorry to hear that.So appreciate your comment.Had no idea till i started a.post on here that you can get it on your bladder.My symptoms.the last two years have gotten worse.I will research that medicine .thank.you x

powellc in reply to Rachel20

Mine is not on my bladder, it's inside sadly. Will have to have part of bladder removed and stents inserted into my kidneys.

Rachel20 in reply to powellc

Oh I am sorry to hear that.Again i didnt know you could have it on the inside.I do hope your procedure goes well but am sorry you are going through all that.

LCVF in reply to Rachel20

I would not be surprised. I had surgery to remove an ovarian cyst and the report said my uterus was filled with endometriosis, so maybe it's also related to my urinary urgency. But there are things you can do naturally. Look into proteolytic enzymes like serrapeptase which breaks down that tissue (take on empty stomach), avoid any estrogenic supplements and look into flushing your liver because when it gets overloaded with estrogen that will increase endometriosis. Also look into blackstrap molasses and apple cider vinegar as a treatment. Good luck!

Rachel20 in reply to LCVF

Oh bless you.So much advice and its so appreciated.Thank you so much.I will look into all of that this weekend.I am desperate.Thanks again.Have a lovely weekend x

Sounds like a bad UTI. Some people are more prone to them because of health issues or if you have an IUD. I know people who get them often and for a long time. One person was lucky and just took out iud. It might be really bad bladder infection and you need a more holistic approach if you get them often, but if this is the only time, may have to take medication. Otherwise endometriosis on bladder could be something to check out. As an endo sufferer, only going in to check found mine, no scans showed up with anything. Hope you find out what it is. Kindve just have to check thing by thing. I would start by getting your dr to do pee test for uti

Rachel20 in reply to Endostage2

Thank you so much.I.did wonder if an ultrasound would show anything like that.I did wonder if constantly having this bladder situation for over 2 yrs could eventually bring on a urine infection x

Sounds a bit like a UTI - it took me most of a year before my consultant ordered a culture and gave me the right antibiotic to kick it. (I’d had three other courses which only knocked it back temporarily.)

Rachel20 in reply to TheUntamed

Thanks for your reply.I have been goong through this a whole was mis diagnosed with a uti twice but have just been diagnosed by a gp as having endometreosis and wondered if this was a.common problem

TheUntamed in reply to Rachel20

Yeah they’re prone to dismissing things as a UTI. It doesn’t mean you don’t also have endometriosis or something else. But having a persistent UTI will make things even more miserable. Mine didn’t show up until they went beyond the dipstick test and did a culture.

Hi Rachel...I'm exactly the same. I can go to the toilet and then literally lay down and have to get up and go again it's so frustrating. Its also hard to wee sometimes particularly when I'm on my period.

Rachel20 in reply to nsimpson

It is frustrating.Sorry to hear youre having the same symptoms.Its.dreadful.It completely dominated your says and nights doesnt it.Its the ache i get as if ive been holding it in forever that really is frustrating.I hipe tour getting help.Its so hard to get it seems x

Hi Rachel. I hope you're keeping well. I have endometriosis and adenomyosis and have just received laparoscopic treatment for endometriosis, which was covering my ureters and bladder, among other places. I was diagnosed with Overactive Bladder Disorder a few years ago as I suffered similar symptoms to you; however, it's clear now that the endometriosis was causing swelling around my bladder, which led to my needing to void urine more frequently. If you haven't yet been offered MRI and operative laparoscopy, I would press your doctors and/or consultants for further treatment. Good luck.

Hi Isabellala.Thank you so much for your reply.Im so sorry to hear that you have not been well.I do hope you are feeling a bit better after your procedures.Having an MRI sounds like a great idea as i am going to have to wait a year and a half to get into see gyne.Maybe the gp could refer me for an MRI while I am waiting.They are not forthcoming in doing anything atall regarding anything, but make me wait for an appointment.They are being extremely unhelpful.One doctor told me i was frequently urinating because my stomach was swollen with no other info or advice.Do you know if the MRI will be able to show if i have endemetreosis or any bladder problems.thanks again x

Hi Bladder over stimulation can come from the pelvis being frozen from the effects of the endo. Worth listening to A talk by Dr Angie Muller with Leah Brueg on Instagram on pelvic floor health. Hope it gives you some insight.

Anyone have Endo in their bladder?

at times that I just really need to wee and do pass a good amount of wee when I go to the toilet. I...

I have now been diagnosed with endometriosis and PCOS!! anyone else manage to have both of these?

pretty much certain I have endometriosis & would write to my doctor. I asked about what happens...

Endometriosis on the bladder, your symptoms?

suffering with having to pass urine a lot, possibly 5-6 times in an hour. I go to the toilet and...

started getting what I thought was a uti.burning pain whilst weeing and also if my bladder was...