I’ve had the mirena coil about 5 months now and my periods have pretty much stopped but I’ve found the pain is more spread out over the month and it still feels so uncomfortable.

My consultant has recommended to keep going - need to try for at least a year. I was just wondering what other people’s experiences are of the mirena coil - pros and cons? 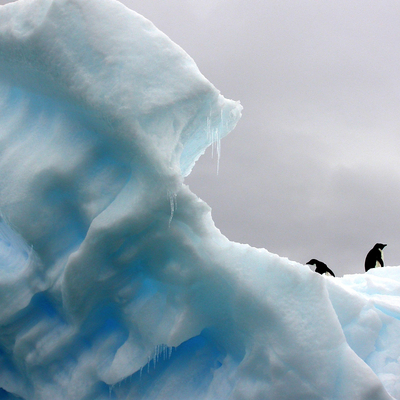 Greeen1
To view profiles and participate in discussions please or .
Read more about...
20 Replies
•

Sorry to hear your still in pain.

After years of being in constant pain and trying pretty much everything else under the sun to manage the endo pain, I relented and had a Mirena coil fitted.

The first one I had fitted, whilst, like you, pretty much stopped my periods I was still experiencing pain, albeit on a lesser scale most of the time.

I persevered, I’m not sure how long for, I’ll look back at my records, but I did end up getting it changed.

That was nearly 4 years ago now, but I do remember it taking about 6-9 months to settle down fully.

In all honestly, I feel like it has given me back my life 😊

Greeen1 in reply to starzy

I'm exactly the same! My periods have stopped but the pain is lasting longer (at varying intensities). It's only been five months for me so I'm going to wait a few more months longer. My consultant thinks for me it's the adeno causing the pain so next stage is either taking booster of progesterone on top of merina and then possibly hysterectomy so have all things crossed that the merina works!! Hope it settles down for you too, keep me posted and we can compare notes!

Greeen1 in reply to BikeRiderGirl

Ah so sorry you’re in the same situation. I’ve recently (the last 3 weeks) had to start taking the progesterone only pill to help settle some of my other symptoms. I’m hoping it’s going to work but would be great to compare notes. Due my cycle in a week or two but going to take the pill without a break 🤞🏻 x

The Mirena literally gave me my life back. For me it settled pretty quickly after having an awful first period after it was first fitted. I had to have it replaced after four years as my symptoms came back. I had it replaced by the same doctor and all was fine for another five years. Last month I had it changed again at a hospital I have never been before and I’ve not been great since with pains in my stomach and shooting down my legs but I’ll be honest I feel this is more about the way it was fitted/the procedure rather than the coil itself. I hope it works for you too.

Greeen1 in reply to JulesUK

Thank you for sharing and do get it checked out if needed. The fitting is awful and so painful - something that is kind of dismissed.. Mine was horrendous and could also be why I’m still experience pain.. thanks.

JulesUK in reply to Greeen1

Thank you. It has helped me greatly apart this current blip and I hope it settles for you soon.

Greeen1 in reply to JulesUK

Thanks! Hope the blip sorts itself out soon too x

I’m on month 9 of the mirena and also very light bleeding like spotting at time of period but my pain is also spread out, maybe 4 days of pain and then two of no pain then pain again which is hard to get your head around. I still keep a diary of pain and works out roughly ten days a month I don’t have pain. My consultant has said about taking it out and I wanted to give it a bit longer but I think it should have settled by now too if it was going to help. X

Greeen1 in reply to 0Jasmine

It’s so hard to know what to do - my consultant has suggested I should give it at least a year.. I’m hoping it’ll settle soon and I hope your does too x

0Jasmine in reply to Greeen1

I’ve had a lot of issues with continuous thrush too. I have a gynae appointment in two weeks and I’m thinking I will have it taken out to see if it’s more manageable with expected pain etc. x

Hi! Everyone's experience is going to be different, but I found the Mirena pain much harder to manage. I felt a baseline of pain everyday, whereas without it, I am in pain more severely but at times when I can more or less expect it and try to manage it. I felt a lot better about things when I had it taken out. Although I should note that for me, it started to come out on its own after about 8 months so it's possible it was never in the right place and causing more pain for that reason!

Greeen1 in reply to meg73

I’m so sorry to hear but thank you for sharing. I thinks it’s important to have an understanding of different experiences - I was basically told it was “the best thing ever” but what works for some, might not work for others.

meg73 in reply to Greeen1

Exactly! I think just dont put up with too much if its not working for you because my GP kept telling me wrong there was nothing wrong with my coil position and it shouldn't be causing any additional pain but then things actually improved when I had it out and the gynae eventually saw admitted that it can sometimes cause more baseline pain in some women!

And I hope you're feeling better soon xx

Greeen1 in reply to meg73

Thank you! And thanks for sharing your experience and the advice - so good to hear from others xx

I never had continuous pain, but had horrible period pain and fatigue which was absolutely debilitating by the time I had my mirena fitted. At the time, I was quite sceptical, but the mirena has changed my life. That's not to say that I don't get pain (I do), but it is nothing like the pain that I had with my periods before. The other difference is that the pain follows no pattern anymore as I don't really have periods. The fatigue is still an issue, but much, much better.

I’m on month 4 and I have been having light bleeding everyday since it got fitted. The pain is a lot better than before the coil. However I get right hip pain which shoots down my leg. I did MRI scan about this and have an appointment next week to discuss the results. I’m going to try and keep it in for a year and see what happens

Getting the Mirena fitted turned out to be a deal with the devil for me. While my periods are lighter, it took nearly a year of continuous bleeding before they settled down, and the pain is now condensed into one day of hell instead of a week of serious discomfort. Where it's really been a problem for me though is that my previously-managable PMS has turned into severe PMDD, to the point where I am in a *very* dark place once a month and basically can't get anything done, work-wise or domestically. I'm seriously considering having it taken out because I can't deal with losing my mind for ten days every four weeks - I'm really scared of the removal process though, because having it fitted was absolute agony. I'm really not sure which is the lesser of the two evils, keeping it and having regular MH crises, or having it taken out and risking making the endo worse.

Vps1980 in reply to Mnemosyne

Removal is so much easier than having it fitted, ive had coils all my adult life xx

Pros and cons for the Mirena Coil please

The consultant has suggested at the same time that they also fit the coil ..... Pros and cons for...

want children. My doctor recommends I try the Mirena coil to stop my periods. After the reactions...

Just wondered if anyone else suffers with the mirena coil? I had mine inserted a month ago...

Mirena Coil help or not help?

nearly a month ago to remove endo and adhesions and also to put mirena coil in but gynae found endo...

Hi all, I’ve had a consultation this morning and my consultant has suggested depo injections. I have