Picolax before bowel resection: Does anyone... - Endometriosis UK

Does anyone know what sort of dietary changes I need to do before taking Picolax for bowel resection surgery? I've just been given the medicine with instructions on when to take it. I've previously had Moviprep for a flexi sigmoidoscopy and I had to have a low fibre diet the day before, but wasn't sure if it was the same or more strict for surgery. I have contacted the hospital and they were unable to tell me, said they would get a nurse to phone, but haven't yet and I want to make sure I have the right food in the house beforehand. Thanks. 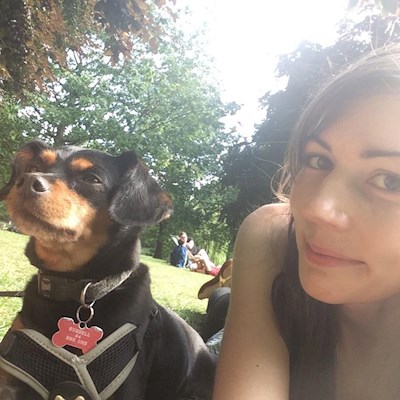 theneverendostory
To view profiles and participate in discussions please or .
Read more about...
20 Replies
•

I've taken picolax before It's normally the same diet as that for moviprep. Low fibre foods. There are leaflets on hospital websites, St Marks hospital in Harrow publish their guidance for colonoscopy online which shows the foods to eat and avoid. Good luck with the surgery x

Okay, thanks for replying! I'll have a look.

Cr2021 in reply to theneverendostory

Also st thomas and guys have a really useful leaflet on line that I followed only 2 weeks ago as I had never used bowel prep before...

Hi there, hoping I can be of help as I had surgery few days ago and had to do bowel prep as needed a bowel resection.

On the day prior to surgery on which I had to take picolax I was advised I could eat breakfast as normal (I have granola and tea) then a low fibre lunch, then a really light dinner (they advised a light soup - chicken over anything like heavy vegetable based) and then a couple slices of white toast for breakfast day of surgery. Can have fluids up until 6 hours prior to surgery, water up until 4 hours. Best of luck x

Oh, I thought you would have to fast for it, especially after having the bowel prep. Thanks for the advice!

Thats what I thought but I think they’ve been a bit over cautious and had patients turn up dehydrated and delirious from the sounds of things. My surgery was at 5pm on a Friday and I was told to do 2 rounds of picolax the day before at 8am and 2pm. Hope it all goes well 🙏

That was what I was worried about, I've had Moviprep before for a procedure and was really tired and drained from not eating for so long, but then because this is a surgery I just figured I would need to be really careful with what I ate, but then I haven't been told anything specific. I don't know what time yet, but the instructions are one at 6am and one at 12pm the day before and I'm a PM admission so that means not eating anything for over 24 hours before.

Same thing happened to me - I had moviprep for a colonoscopy and they were so strict like don’t eat don’t drink - I was in a state afterwards! Then my nurse this time around said they’d had so many reports of that and it’s actually worse to risk dehydration. I really think you’ll be fine eating a piece of toast or 2 morning of, they had to cut out a small section of my bowel and the colorectal surgeon didn’t say there were any issues with my bowel not being prepped or anything x

Same, they have to remove part of mine, that's good to know, thanks!

It might be different now but when I had my surgery I was on clear fluids 2 days prior to surgery and wasn’t allowed to eat anything until after my surgery!

I was in a state though! I got to the hospital 8 in morning and my surgery didn’t take place til 4 in afternoon, so nearly did 3 days of nothing!

I've finally spoken to the colorectal nurse specialist who gave me instructions and a meal plan for the day before. I have to not eat anything after 4pm the day before and clear fluids, I should have been given some energy drinks but the pre op team messed up. Hopefully things will go okay. Thanks for your advice though!

That might have been it actually! I can’t really remember, other than I thought I was going to die from starvation 🤣! It might have been eat lightly, then clear fluids (I lived on oxo cubes as that was the closest taste to ‘food’) then only sips of water the day of the surgery!

I was given nothing at hospital! Was there at 8, sat around until 4 in afternoon.

If it’s any consolation I’ll be going through it again, soon!

I think that's what's likely to happen with me. They've told me to bring a iPad as it'll be a long wait (like the past year hasn't been long enough, what's another 8 hours?!)Thanks! Hope the next one goes well for you too.

Hi again, can I ask if the Picolax worked straight away for you or if there was a delay? I took the first one over an hour ago and nothing has happened, plus I've been drinking clear fluids as it suggests. Think it's the low fibre diet beforehand.

It’ll take a while to get going! Then you won’t stop! And I mean won’t stop! It’s not immediate, but within a few hours! By morning you’ll still be going xx

It's making me so gassy, burping a lot! My body isn't a fan. Preferred Moviprep. Never thought I'd have a laxative preference. 😂

It made me throw up! Lol! Urgh! It was torture! Xx

Oh no! It really isn't fun!

Have to say I love your name! Hope all goes well xx

Thanks, hope things get moving soon. Otherwise it's a second cancelled surgery 😭

the two ends joined- a resection. Has anyone had a bowel resection previously? How did it go and...

I have now been booked in for a bowel resection + removal of the endo within my...

I am now waiting for further surgery which will include a bowel resection. I just wanted to know...

15 was referred then but was told to take pill and all would sort itself out when I had a baby! Oh!...

Advice Please - What would you do? Bowel resection or Shave?

I’ve had 5 surgeries for endo over the years, 2 in the last 4 years with bowel...

Worried about having laparoscopy - abnormal bleeding before ...