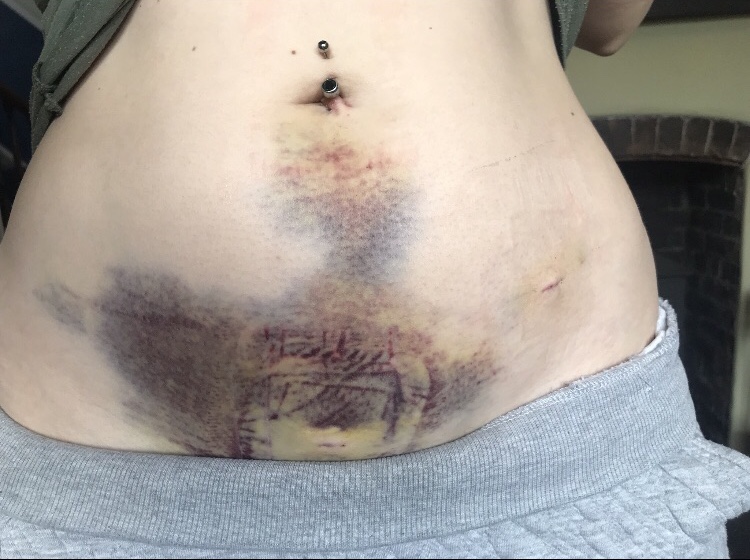 I’m looking for some advice please. I will also be going to my doctor so please don’t worry about that, but anecdotal information and first hand experiences are also very helpful!

I had my second laparoscopy nearly three weeks ago. I had previously been diagnosed with endometriosis but this surgery was scheduled upon the discovery of a large endometrioma on my left ovary that was causing significant pain (it showed up on an ultrasound). The surgery lasted longer than expected as the endometrioma was apparently really difficult to remove and there was then a lot of endometriotic lesions to be removed from my abdomen wall, bladder, bowel etc.

The surgeon initially said start with taking 2 weeks off work. I have since made the decision to take a further two weeks. I should therefore be returning to work a week tomorrow. I work from home but it’s quite an intense role with back to back virtual meetings, long hours and a lot of responsibility.

I’m still needing to take pain relief and am in a fair amount of discomfort, that becomes pain as the day progresses, especially if I try to do too much. My stomach noticeably swells and becomes distended throughout the day if I overdo things. One of the incision sites is particularly tender and the bruising is improving but it was significantly worse than my first laparoscopy, I feel quite battered! My first period since the surgery has arrived now too and is really very unpleasant and painful, which I’m told is to be expected during the recovery phase.

I’m really worried that 4 weeks isn’t going to be enough time off work to adequately recover. I don’t want to be a wimp and I don’t want to feel like I’m milking it but I am genuinely still not ok. I don’t really know what to do. So!! Any advice is welcome.

eew_notts
To view profiles and participate in discussions please or .
Read more about...
11 Replies
•

It doesn't sound like you are milking it at all. Do you typically bruise easily? I think your body is telling you all you need to know. See the GP, get that sick note in and focus 100% on feeling better. X

No I typically barely bruise at all! I’ve never seen anything like the bruising I had from this laparoscopy, I’ve fallen of horses, broken my foot, tripped over wearing heels and never bruised like this before. I just ache so much and still have real pain around my left ovary area. Thank you for your reply

Hi, your belly looks so painful!! Is this how it is today? you are not milking this at all, i think as well you should go back to your GP. i know everyone is different but when i had my laparoscopy i only had bruising where the incisions were made, i bruise like a peach as well. How was the bruising on your first lap?

eew_notts in reply to missm87

It’s slightly better now, the worst bruising was actually in a far more intimate location; I’ve never seen anything like it and my husband was helping me get my knickers on (because I couldn’t bend over) when he spotted it, he was quite alarmed, bless him!! I had no bruising with my first laparoscopy!!

I have just got off the phone with my GP, who is wonderful and she told me that she’s read the surgical notes and that it sounds like the surgeon had a real job with the cyst and then the lesions and that she’s not at all surprised that I’m still in pain and bruised. So I suppose that’s reassuring.

I’ve been signed off until April 26th and my check up with the surgeon had been brought forward to April 26th too and then it’ll be a case of seeing how I am! So it would seem that I am actually ok to be feeling not ok!

Defiantly see your GP I’ve never seen anyone bruise that bad after lap. I’ve had 2 and had minimal bruising. Same with my friends x

Hey, thanks for your reply. I’m pleased in a way that it’s not just me overreacting, I’ve never known anyone bruise like this and the pain has been/ is still pretty intense. But I’ve spoken to my GP now and have had my surgeon’s follow up appointment brought forward. X

Don’t ever feel that you are overreacting. Just remember that GP’s are they for advise, they get paid to help people. Even if they say it’s nothing at least you’ve got piece of mind x

This was a few days ago, it is fading slowly now but I’ve never known anyone bruise like this from a laparoscopy. I have spoken to my GP and my surgeon’s secretary today and my GP reviewed the surgeon’s notes and said the surgery itself was very intense and that she isn’t surprised I’ve been having such a tough time. So that’s kind of reassuring! Thanks for your reply xx

You poor thing it looks like it must of been a difficult surgery. If you ever see how they do our laparoscopies you wouldn’t be surprised especially if things were very tricky. Also certain painkillers like can make the bruising worse as well. As long as it isn’t getting bigger or new areas I wouldn’t worry. Sounds like you need lots of TLC for a while and I’m afraid it’s going to be slow for you.

It sounds like your doing all the right things and least your seeing your consultant earlier.

Best wishes & give yourself time xx

Thank you so much for your reply

I never want to be thought to be making a fuss and I’ve been struggling for months with the cyst pain but not taken any time off work. I suppose in the long run I need to take time to make sure I do make a full recovery.

Thanks again for your kind words xx

Never feel guilty I totally emphasise cyst pain is horrendous. You’ve obviously had a lot of internal bleeding and they probably had to man handle you a bit to clear up your insides. Allow yourself time you have a good reason to have time off.

combined hysteroscopy (my fourth to remove a polyp) with laparoscopy (my first to diagnose and...

had their laparoscopy done - how long did it take you to recover? How long did you take off...

I’m 5 days post op after having my first diagnostic laparoscopy and a Mirena coil and I am...

Wednesday I had a laparoscopy and removal of ovarian cysts. I didn’t realise how bloated and...

I’m just wondering how long other people have taken off work? I work in...