B1 injections dosage: I am writing on... - Cure Parkinson's

I am writing on behalf of my friend who is blind. Dr C recommended that he have 2 x 50mg injections a week. Now, several years on he wonders whether 2x 100mg would be a better dosage. His question is - what dose injections do others use and how successful has this been? Thank you. 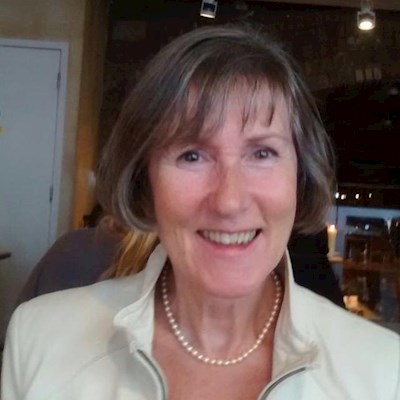 Dap1948
To view profiles and participate in discussions please or .
8 Replies
•

Is your friend a PwP? If he is, Dr. C. recommended 100mg X 2 week depending on symptoms. Everyone responds differently. My husband started at 100mg X 2 week per Dr. C.'s instructions after watching short video clips, with walking, reading and pull test.

Perhaps, Art will better answer your question or you can search on this site posts covering B1 injections.

I don't have the information you seek, but I never heard of anyone going to higher dosing to good effect once they had found a dose that worked for them for a year. Roy tried that and ended up going back to his regular dose. Others have tried to go higher only to have to reverse dose course . Under those circumstances the only thing I have heard people do is test the waters at levels lower than what has been working for him. Dr. C always recommended taking mini vacations because dose injections of the duration that your friend has been on should be able to allow for weeks to months of B1 vacation depending on how the individual responds.

It should not hurt your friend to stop his dose until symptoms start to return to pre B1 levels. He can then restart with his regular dosing schedule.

You are giving no indications of his current condition or new symptoms or anything, but if he wants to test higher dosing, it is simple enough, divide the week into three doses of 50 mg each. If he feels better then great and if he feels worse, then just stop until he feels PD normal again and then go back to the old dose, not a whole lot of mystery to it. Just do it and find out. No person is going to have the exact same reaction as your friend might, so they can only speculate on whether a dose change will be of benefit. Why speculate when you can just try it and see if it helps?

If he ever got benefit from the dose he is taking, then he is likely very close to his correct dose as Dr. Costantini was very clear on the fact that a dose that is too low will do nothing.

The only person that I am aware of on this forum who may be able to offer more insight is Gio.

On a somewhat related note, what is the diagnosis for his eyes?

RoyProp in reply to chartist

Yes. I found no benefit above oral 4 grams a day.

Dap1948 in reply to chartist

Thank you very much Art for your thorough reply

He was happy on 2X 50 but says he is no longer seeing the benefits he had before. I know he took a week off a couple of months ago and had no benefit from it. I must say I take B1 holidays every month or two!He has to arrange for a nurse to come from the surgery to administer the injections and changing the dose with them is difficult! You’d think that as a retired doctor, he would have more power!

I take sublingual, not injections, but my dose has reduced to maintain benefits, not increased, but I thought I would just check with others who had experience with injections.

His eye problems are due to macular degeneration.

chartist in reply to Dap1948

A week may simply not be enough as Dr. Costantini specifically said that some patients could go for 3 months after being on B1 injections for years. Not all patients, but some.

So if he is not willing to get off of B1 until old symptom levels return, it will be a guessing game on dosing. Dr. C said this was doable and not harmful because as soon as B1 is resumed, symptoms would decline again. This will answer his question on dosing fairly quickly. If his symptoms start to revert to pre B1 levels after a week or more, his dose was not too low. That's as straightforward as you can get and simple!

If he feels better at anytime after stopping B1, his dose may be too high!

Regarding the AMD, Melatonin and NAC are likely to have synergy together and are a very potent antioxidant and antiinflammatory duo that have both shown benefit in AMD and both have very good safety profiles, with melatonin having a very good safety profile even at high dose. I've been at 106 mg for over 10 months with no problems, the two relatively recent melatonin / diabetes RCTs used dosing of 250 mg/day to good effect in people with T2DM. With AMD in an advanced stage, out of the box thinking may be a reasonable consideration in my opinion. Melatonin has already shown in PwP studies to reduce non motor symptoms and reduce motor symptoms during off time in a mid range dose study. I will link to these last.

Potential side effects, based on multiple studies are likely to be other health effects.

These are just ideas for your friend to consider, he has more than enough experience to make an informed decision for himself.

Dap1948 in reply to chartist

Thank you for all your information on macular degeneration. I have been suggesting to him for some time that he should be trying melatonin. His sleep is very poor. I will pass the information on to him.His problem about adjusting his dose is that he is in the hands of the doctor's surgery. The nurse who administers the injection for him has to have the right piece of paper confirming the doctor's permission on dosage. This means he can only have time off from B1 after the doctor has produced the right piece of paper for the nurse cancelling the injection, then reinstating it might be doubly difficult. (Personally I’d go to tablets which I could be independent with). He seems to have decided to try 100mg twice weekly, if he can get permission. I think he feels that if Dr C suggested that was the dose for others, he should at least try it. I keep asking which dose he was on when all went well, but can’t get a clear answer as he is cross with the doctor's surgery for having to become involved at that time and not being consistent with dosing which he blames for his symptoms getting worse again. I think he needs to try 100mg. I have warned him to look out for jittery-ness as a sign of overdosing.

chartist in reply to Dap1948

Daphne and anyone currently taking oral B1,

If he does consider switching to pills, forum member Lizzy9, started her husband on Thiamine Mononitrate by accident not realizing that most forum members were using Thiamine HCI and her husband did very well on the thiamine mononitrate. Once she realized that thiamine HCI was assumed to be the proper thiamine to use, she switched her husband to that, but what she found was that he didn't do as good on thiamine HCI, but she kept him on it believing that that was the best option for him.

Discussion on the forum years ago suggested that thiamine mononitrate was fat soluble and therefore a bad choice for a high dose application such as is required for PD. That information was incorrect as both of these forms of thiamine are water soluble. Once Lizzy9 heard this, she decided to give thiamine mononitrate another test and her results were quite surprising! Here is a link to the conversation I had with her on this subject :

I have a question for anyone buying B1 injections from Germany

again I am asking a question for my blind, PD friend. When he started using B1 injections the...

I ask the group help with this question: B1 oral vs injections

agrees that B1 necessary. Questioned how do injections work twice a week if B1 doesn’t stay in your

bad and you do get used to it in a week or so. Do follow the instructions as to how to take it...

How many mg of Vitamin B1

feel better. I want him to try Vitamin B1 again. He tried it only for several weeks a few years back

which I normally use in powder form. It'll also give me a break from the powders. Thank you all for...