My husbands face to face visit with his N... - Cure Parkinson's

My husband had a face to face visit to his Neuro yesterday, not seen him since before the lockdown, October 2019 although he has had one telephone appointment. The Neuro asked him how he was what dosage of meds he was on, watched him walking, tested his hands said he was fine for driving, as that is coming up again soon. My husband told him about the Redlight hat, broccoli, B1 and that he took some supplements. His Neuro was amazed on his dosage of Madopar 2 and a half pills a day plus one Rasagaline and 2 Amantadine. He said after 9 years of PD he said most people are taking more but if it works well for my husband then he was happy with that.

He asked about what exercise my husband did and suggested alongside the walking he goes to the gym as well. It has only just opened since lockdown so my husband is going back to his bike and treadmill!

Here is the last of his current with my son just playing a piano piece in the background! 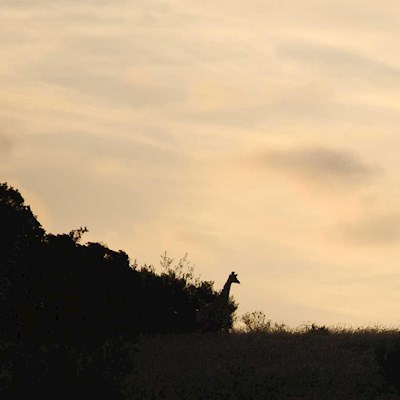 Zella23
To view profiles and participate in discussions please or .
Read more about...
21 Replies
•

Happy to hear that your husband is doing well. In your opinion which complementary intervention has done best for him?

Zella23 in reply to Farooqji

He was a responder to B1 and started taking it two years ago built up to 1 gm twice a day and stayed at that amount. NAC 600 mgs twice a day he’s been taking for a few years now and definitely stopped him coughing! He takes all the usual vitamin supplements mostly in an effervescent drink. Has been taking Ceylon cinnamon daily for over a year now in food.

Two years ago changed Tamulosin he had been taking for BHP for Terazozin, and stopped taking one of his blood pressure meds.

Apathy was helped by Redlight hat and non motor symptoms were helped by broccoli tea from Wriga s protocol.

It’s difficult to attribute what has helped the most but obviously a combination of above we are thinking.

Very happy for your husband and family. What kind of broccoli tea are you using and how many times a day? Thanks.

Thank you. He followed Wriga s protocol on broccoli tea. It’s once a day but you need to start on a low amount and gradually increase it. If you look up Wriga s post and send him an email he will be able to send you the amounts and protocol.

Thanks for sharing! His success is encouraging, the drawings are beautiful, and the piano is wonderful, too.

Thanks very much for your comments.

Thank you so much. Could you please describe how he uses the red light hat and at what dose he started B1?

No problem. The Redlight hat has 2 settings, it’s worn on his head for 15 to 20 mins on each setting twice a day. It uses a battery pack which needs charging every 3 days. He started B1 at 500 mgs twice a day and built up to 1 mg twice a day. You can take more than that up to 4gms a day but 2gms seems ok for my husband.

House2 in reply to Zella23

Do you have a link for the hat, TIA?

Zella23 in reply to House2

wellred.com.au/This is one of the sites about red lights on the brain.

The hat my husband had came from the Men’s shed in Australia, Melvyn Chilcott is the co ordiator

There are others, one called the Coronet and there are instructions on the internet for making one if you’re handy with electronics.

House2 in reply to Zella23

Who adjusts his meds?

My husband takes 2 Amantadine and 1 rasagaline daily but the Madopar he has adjusted to 2 and a half doses per day. The Neuro makes the suggestion as to how much but my husband felt he didn’t need as much Madopar so adjusted it down himself. He used to take 4 a day.

Beautiful! Your husband is incredibly talented! Very happy to learn that he has improved over the past year+. Such encouraging news. Thank you for sharing.

Thank you. It has certainly helped with dealing with PD.

Hi Zella, I just sent our daughter an e-card for her birthday. It made me think of your husband and son’s presentations. Wouldn’t they do it well.

My husband has just started using the Red Light helmet because I thought that maybe the Mannitol isn’t working as well as it was. Too early to really tell, but I’m not prepared to wait and see. I’m going to introduce NAC+ and the Ceylon cinnamon as well. He’s already having broccoli sprouts.

I’m so pleased things are going well for you and your husband. It must give you son so much pleasure doing these presentations with his father.

Zella23 in reply to gwendolinej

Thank you for your kind words, he is developing his Art work and experimenting so who knows.Glad your husband is starting with additional supplements there is such a lot of research on all all of those, let’s hope they help him too.

We ve probably been our sons biggest fans over the years and supported him in the early years when he used to play live in a band. He has played the piano at numerous venues and his enthusiasm never wains. He now produces a lot of ‘library music’ which gets played all over the world in films, programmes and on the radio.

Bravo Zella, great news and thank you for the therapeutic video too.

THAT was a very soothing piece of time thank you

Apollo neuro trial. It has arrived!

I convinced him to just leave it on like a watch all day and I just need to come near him with my...

energy as I do. The NPP watched me walk, and she was impressed with my gait, walk, arm swing, body...

Deterioration since coming off neuro patches

My husband 10 yrs diagnosed, came off his neuro patches because of compulsive behaviour. He has...

When to increase dosage of Carbidopa/Levodopa

starting to walk) and fretting (difficulty walking over thresholds and such). Asked him how he was...

Where are the husband carers?

their husbands with Parkinson’s but can’t remember ever seeing a post from a husband about his wife...