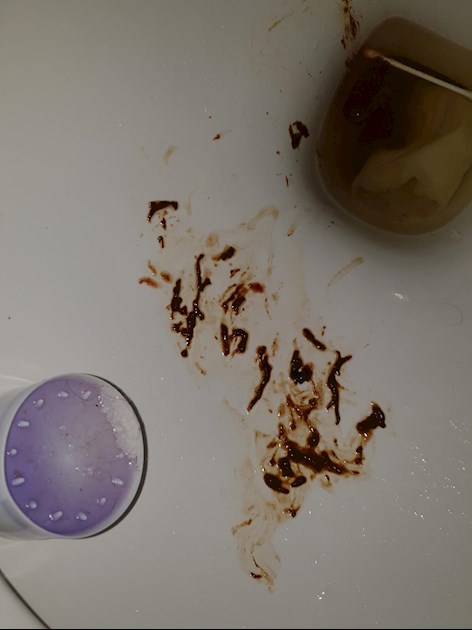 Hi guys sorry about the image I'm currently under investigation for ibd and have a camera test next week.but as anyone seen anything like this? I'm worried sick any info would be great thanks. 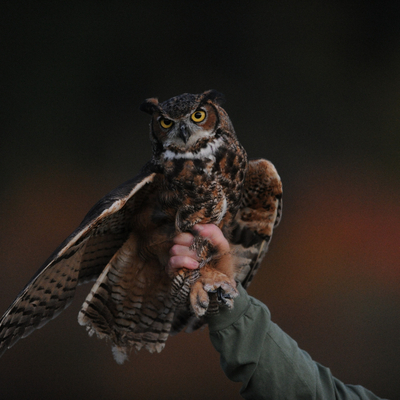 Dyas1990
To view profiles and participate in discussions please or .
Read more about...
17 Replies
•

Sorry to hear this but it looks like typical IBD with bloody, mucousy stools.

Dyas1990 in reply to Shoeysmum

Hi thanks for the reply I haven't been told I have ibd yet I go for the camera on Monday hope they give me some answers.

Mucous and blood sound like inflammation from IBD. Are you hydrating well? Have you worked on changing your diet to see if you’re reacting to something?

Thanks for the reply I've just started to keep a diary hoping to get some answers with the full scope on Monday I don't know if I am making things worse with worry at the moment it's just all getting me down if I'm honest hopefully get some answers Monday.

Cylarreta in reply to Dyas1990

Stress is a huge factor for me. It’s hard to control but necessary. Yoga Nidra helped me. Meditation might be useful. Definitely stay hydrated. Good luck.

Thanks agian what's your ibd?

Cylarreta in reply to Dyas1990

Sorry to hear of your Crohn's diagnosis. At the age of 63 yrs. now, in the early part of this century my younger brother lost his battle with Crohn's. I was with him as much as I could be during the latter years. He was one of the first to be diagnosed as Crohn's due to it's not being known at the time; ulcers were considered the main culprit. How wrong that turned out to be. Diagnosed in his early to mid 20's he was an active person, playing baseball, basketball, had friends, work...in between hospital stays. As he got older his disease progressed; they removed a large part of his intestines and connected him to an ostomy bag. Somewhere along the line he had colon cancer to boot. So they removed everything connected and sutured his anus closed. The last year his digestive system was removed except for a short stoma connecting his stomach to an ostomy bag, feeding through jugular. Infections due to the high sugar of the formula keep him hospitalized. Until the end. He was 49. Actually for his disease, at that time, he had a good long run at life. And he made the most of it. When not in the hospital he was at the gym, building up his body for when he would be flat on his back for weeks at a time. I have a niece, his daughter, we are very close. Fortunately we only have colitis. I say that now knowing that I have a colonoscopy coming next Friday so I'm a bit apprehensive. She is the last of my family bloodline so I'm giving her all she may need to know regarding my conditions and those of her dad's that she was unaware of. She has a son, so far he's very healthy, a bit too much but hey, having some to spare is good if one has to be hospitalized.

Did you get your diagnosis?

Hi I ad the camera test all was clear

darkknightjoker in reply to Dyas1990

Hi...I have the exact same looking stools at the moment and I'm very worried about this. I'm happy for you that everything was clear with you.

Can you please tell me what your doctor told you why this could be?. What is the reason behind these mucousy stools??

Dyas1990 in reply to darkknightjoker

Hi try not to worry I was the same!!!

It's a sign of inflamation in the bowels I ad every test going and all came back clear!

I bileave mine was all down to stress and anxciety!

Are you stressed at the minute?

Sorry know this was quite long ago, hoping you can help. I have exactly the same as the picture except blood is slightly more visible. Is there actually clear blood in this picture because I can’t see clearly

Pipinha in reply to Jim92

Hi, how are you? You made the exams?

It is hard to tell from the photo to be honest. I'm having more recent episodes of bleeding but just keeping records of when it happens. Blood count is ok so not worried and it doesn't happen all the time

Hi.I'm new to this forum.So thank you in advance for any advice .I'm asking for help for my son who...

I'm currently in quite a severe flare of my UC and I'm waiting to start Infliximab infusions at...
•
6 Replies

which we have since discovered were the cause of the flare up. I’ve read some articles about eating...

been told to re do the test in 2 weeks time. Please anyone help is this bad? Thanks

Hey everyone, I'm kind of new to the whole posting online and forums but I'm in desperate need of...