I just replied to an answer on my question I posted and thought I might share my thought with everyone else.

I ran 5 k for the first time on a treadmill last Monday and I was convinced that it was going to be so much easier than my usual round th lake run. I was surprised how hard I found it. I listened to homes under the hammer and really missed the music of the podcast, whenever a snippet of music came on I thought oh great here we go, then it was over. The stats were on the screen and it seemed an eternity before each k was clocked up. Also when I got off I nearly fell over, the sensation was horrible according to my daughter I should have walked longer before I got off rather than just press the cool down button.

It is the great outdoors for me even though I either boil or get drenched, but at the end of the day I feel so alive. 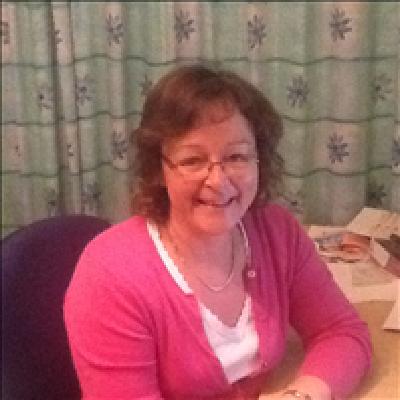 mrslazy
Graduate
To view profiles and participate in discussions please or .
13 Replies
•

I think that physically the treadmill is easier but once you're running more than a few minutes at a time it is SO tedious that it turns into a mental challenge. Outdoors is much more involving.

keepntabsGraduate in reply to sfb350

I totally agree with you. My toes actually go numb on a treadmill after awhile. Now that I've been running outdoors for the past couple of months, the only way I will get back on the treadmill will be if it's too dangerous to run outside.

It's also the ever changing scenery that I like about the outdoors. Nothing beats seeing the world go by as you run. I've used treadmills in gyms before and you're either looking at the same 4 walls, the television or the stats on the machine.

Never been a fan of that. One of the reasons I took up running was to get away from screens!

I did all of c25k on the treadmill & it was only after a year of running that I ventured into the great outdoors. have recently moved house & hubbie jokes that our treadmill has done more mileage on its own in the last 6 months than I have on it!

I never watched telly while running on the treadmill. I always listen to upbeat music & cover the screen with all the readings on as I found that its sooooo hard to run when you see how far youve gone/got to go.

I had the dizzy feeling the first few times I ran on the treadmill. its a bit like seasickness when you get back onto dry land & I did look silly having to sit down after running at the gym

I have to agree with you mrslazy. I have tried so many times to run on my treadmill in the bad weather but really struggled with it and that was with the podcasts. I now run outdoors whatever the weather as I just find it easier (not a word I usually would associate with a run!). I'm away this weekend so for the 1st time since starting the programme I will be packing my running gear as W6R2 tomorrow.

I was really interested to read sheeleymcb you experienced a dizzy feeling at first because that is what really put me off the threadmill, I didn't know if it was the actual treadmill or the fact that I had a middle one and there were joggers both sides of me, it was horrible. I had tried it last winter when it was -6C outside and icy but was desperate to keep on running. I ended up buying snow spikes to go over my trainers.

I will try the treadmill again though because it will ensure I can keep on running throughout the winter.

I give a big thumbs up for the big outdoors but won't discount the treadmill and to this day regret not having mixed up my running in the early days.

I always get that weird sea sickness thing when I get off the treadmill, it's horrible! I got rid of my gym membership because I never really used it regularly and then took up running outdoors and its so much better in my opinion. Although I might have to go back to the gym in the winter like you oldgirl. I can't imagine how running long distance on the treadmill would be, probably very tedious! Fingers crossed for a mild winter.

That said, winter will be back soon enough, not sure if I could brave that! Did you try running on the treadmill with your ipod on? Better than without!

No, I fancied watching the telly, but I think it would be better with music. I will use the treadmill again when the weather is bad but will spend longer walking after the run before I get off.

I'll probably use the treadmill for interval training in winter but outdoors is better. I'd like to do more trails/off road really.

hi mrslazy, I have been using the gym treadmill for runs 2 & 3, but from W4 on shall do only run 3 on the treadmill for an idea of distance, pace etc. The great outdoors beckons me now more than ever thanks to C25K

I know what you mean about liking to know distance and pace. I like to keep a track on how I am doing, but as I do all my running outside I had a look at apps for my smartphone which I also use as a music player. I now use the free version of mapmyrun, it is ok and uses GPS on my phone to let me know where I am. Some people say it crashes, but this has not happened yet, but I can see pretty graphs of how I am doing so I am happy. It really does not take much to please me!!!

sounds great fluffypigeon if only I could operate that without my need for glasses, use MP3 for podcasts so I am not contactable for "my time" via mobile (though hubby always knows where I am and roughly how long I'll be)

Dreading the day I accidentally knock Laura off halfway through, I'd have to ask someone to find her again lol

programme at home on the treadmill as I don’t feel comfortable enough yet to run outdoors. Just...

From Treadmill to the Great Outdoors?

else has found that running outdoors is more exhausting than on a treadmill. I'm slightly...

Going from treadmill to great outdoors.

in June and done my C25K by treadmill. I really want to do my 1st outdoor run but just can't get...

completed most of my runs on a treadmill as I am 7 stone overweight and the thought of going...