What are your favourite running songs? - Couch to 5K

Hi all. Even though I am only half way through the c25k plan and still using the podcasts, I am already assembling playlists on my iPhone to warm up/ run /cool down to for when I graduate. I'm curious as to what other people's favourite tunes are to run to that make you feel happy, motivated and (even) euphoric?

Here are a few of mine:

We are the people ( empire of the sun)

Somebody that I used to know (gotye)

Pumped up kicks (foster the people) 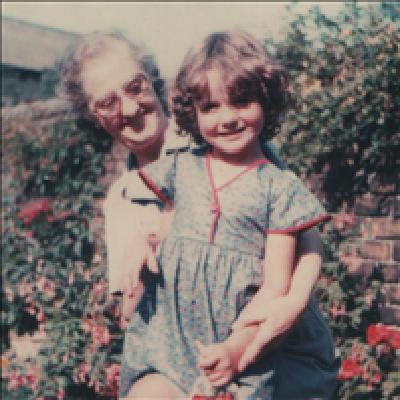 Misstrolly
Graduate
To view profiles and participate in discussions please or .
Read more about...
22 Replies
•

I have been thinking about this but all the tracks I like seem a bit slow to run to - I saw somewhere that suggested 150 bpm. Do you grade yours by bpm? So far the only tracks I have that I know are probably fast enough are Arctic Monkeys

I don't run to a anything any more just my wheezing and the occasional ouch and swear.

When I did I found Iron Maiden was awesome, just perfect paced and "Running Free" the best of them all both as a tune and for the ironic appropriateness of the chorus

Might not be everyone's cup of tea mind you!

For Mothers Day my sons bought me a collection of 3 CDs called 'Now That's What I Call Running'. Loads of tracks on there for every taste.

Personally I am a Queen fan - good old Freddie gets me going. Trouble is sometimes I sing along to it which gets a few strange looks.

I'll check those out. I'd forgotten about a bit of metal in the mix. I'll check "running free" out. I might have to add that and "ace of spades" to my playlist

Sarah, no, I don't even know about bpm I'm not that technically advanced at all. I guess I've just chosen ones I think might be about the pace I might run

"Don't Stop Me Now" by Queen is good, as is "I got a feeling" by Black Eyed Peas, "Eye of the Tiger" by Survivor.

(Although I would die of embarrassment if anyone actually heard me listening to songs from the Rocky soundtrack whilst out for a run!)

I have been known to add 'Keep on Running' by Spencer Davis Group to the end of my playlist too, very sad I know, but it does the job.

And I always have 'Shoot the Runner' by Kasabian. Especially good if you sing aloud as you run.

I have these on my ipod:

All My Life - Foo Fighters

Along with a whole host of others. Trouble is, like BTX4, I end up singing along! Lol! They're great though and make me feel loads better when I'm out. Now........ if only I could put Laura's voice over these at the appropriate times for added encouragement, I'd a be a very happy lassie!

I like some variations in my songs in terms of beats and genre so I tend to mix them up a bit.. I also get bored if I listen to the same song too many times so I am constantly updating them. These are the few songs that I have on my playlist right now:

Howlin for you - The Black Keys

Tighten up - The Black Keys

Walking on a dream - Empire Of The Sun

(I skipped a few that are already mentioned here, and I could probably write a dozen more, but, don't want to bore you all to sleep!)

I use the site 8tracks: 8tracks.com for most of my "discovering-new-music" needs.. there are loads of users creating playlists all the time and you can sort the playlists by tags such as "run", "workout", "chill", "happy" and just about anything you can think of.. current popular running tracks are here: 8tracks.com/mixes/running/p...

ps: I'd love to know what others listen to, too, and what's their "to-go" site for discovering new music!

shelleymcbGraduate in reply to Vinay

went to the site you mentioned. loads of great stuff. question is: can I download them to put on my walkman? I dont own an android phone or iphone so need them in "old money".

Vinay in reply to shelleymcb

I think they also have an app for android phones for free you can probably install the app and listen to it directly without needing to download anything: 8tracks.com/apps ...

shelleymcbGraduate in reply to Vinay

aaarghhhhh. I went to the site & then to itunes & downloaded itunes. 2 different times. both times crashed my computer on restart & had to wait for it to cool down so that I could go to system restore at an earlier point without it crashing again. damm. thought if I had itunes I could make a disc then put that on windows to put onto my walkman. not the case

Vinay in reply to shelleymcb

Yes, iTunes does slow down my computer too, unfortunately.. May be you can write to 8tracks (on their contact us page or something) ?

I have loads but one that's just come on the radio which had me dancing round my office is Something Kinda Ooh by Girls Aloud!! Love it!

WannaberoadrunnerGraduate in reply to Minuette

I've got an odd mixture, Hot stuff - Donna Summer, Moving on Up - M People, Past the point of rescue -Hal Ketchum, Five oclock somewhere - Jimmy Buffet and someone. anything thats upbeat and gets me to the end of the run!

I also quite like dance tracks, anything kind of uplifting and with a good beat is fine by me - I cycle to audio books..!!

AmandaWGraduate in reply to AmandaW

I think audio books are a great idea and have been considering joining audible.co.uk. Anything that helps drown out that bad running demon. Bat out of Hell, what a great choice. Meatloaf is the man! I'll check out love generation. I also remembered years ago I used to listen to chicane with Bryan Adams... "Don't give up"..

I'll check out bob Sinclair Anna, I have to say I've never heard of him!

I go for a fairly rocky playlist but a few favourites are;

and loads of stuff by AC/DC, Rush, Deep Purple, The Who, Wishbone Ash.

Got some slower ones that I like but it's nice to have a really good quick beat to run in time too. I also have the problem that I get into the music so much that I'm singing along as I run which invites some funny looks!

What's your favourite song to run to?

would treat myself to a new playlist for next week to run to! My playlists are a bit of an eclectic...

What are your favourite running songs?

current favourites....hope you enjoy them 😉 Would love to know what you’re all out there running...

My favourite songs I associate with running (what's yours?)

began running! I have a Spotify playlist dedicated to my running. What is/are your favourite...

Give me your favourite running songs please!

what are good songs to run to. Please can you let me know some of your favourites. Thank you.

Breakfast after a run, what's your favourite?

more of our own produce. What's your favourite breakfast after a run?