i wanted to have a bit of a play on this one to give me something to think about so i decided to have a play with Fartleks (well, mini Fartleks) 😁

its a great way of varying pace without the rigid structure of time !

once i had set off running i picked a point in the distance and decided to run to that point at a slightly faster pace but without using time or looking at my watch, this was purley based on how i felt (the best guide imho) sometimes it's too easy to get tied up in numbers and stats!

once i got there then i slowed down again ! simples !

i did this several times throughout the run and then also a few reverse Fartleks , slowing the pace down between two points !

it was good fun and the time and distance just melted away .

for me, it's an interesting and less rigid way of introducing intervals , albeit in a mini way for me today , i really just wanted to explore the concept and to run another 5K. 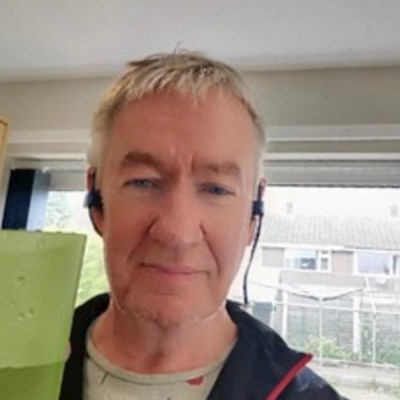 Instructor57
Moderator
To view profiles and participate in discussions please or .
29 Replies
•

Just got back from my run and tbh I struggled a bit in the humidity this morning with my pace markedly slowing each km. It was 21 degrees at 6.30 I'm not made to run in that weather..

yes, i was out about 6:15, very sticky , i wouldn't wanted to have gone much later

Birdlady64Graduate in reply to Instructor57

👍Will defo give that a whirl.

Sounds like you enjoyed it! So you just kind of played it by ear, sped up and slowed down again. Sounds interesting! 👏👏👏👍

Instructor57Moderator in reply to Jools2020

Instructor57Moderator in reply to Jools2020

Lovely post and well done on your run!🙂Fartleks are great - I often mention them on these forums when someone wants to work safely on their pace.

I love that the word ‘Fartlek’ is Swedish for ‘speed play’ - perfect description!

Instructor57Moderator in reply to Sandraj39

i first heard about them on a post from Irish-John , and thought that sounds fun 😬

so thank you John 👍

Irish-JohnGraduate in reply to Instructor57

Thank you I57 -glad to know they worked for someone

Sounds good and well done on your 5K 😁👍

A brilliant post ... fartleks were suggested to me yesterday & I thought it was a typo (🙄😂🤣).

Instructor57Moderator in reply to Chokka

it's good fun as its intervals but with freedom !

I’m very impressed Instructor 57... I knew nothing of all this...

There’s more to this running lark than I realised!

i had never heard of it until i read about it on someone else's post .

google it, it's an interesting concept , as well as a fantastic word haha 😂

Sounds like a great way to mix things up.

Years ago when I had a PT he got me fartlek training using lampposts. Sprint to one, walk to the next. I absolutely hated it! 😣

wobbles_when_runsGraduate in reply to Instructor57

Absolutely and that is the key. Glad you enjoyed and are experimenting with other styles 👍🏻

I like that idea .... breaks it up about, changes what could become monotonous... I might try this!

Sorry to disappoint, but there will be a few shorter ones coming in the mix 😂

I think I'll follow your lead and try that soon. Want to do increase speed and stamina but in a way not tied down by too many instructions and data. What you describe sounds perfect!

You can just do your own thing 😬

This sounds so much fun! I'm excited to graduate and get on to playtime, haha!

I did some fartlek running yesterday on my short run of the week. 6.30 am in the park. I don't usually enjoy the short runs as much as the long ones, but noticed recently that I can speed up significantly at the end of my long runs.

So yesterday I took this rather unstructured approach of running different speeds for 20 minutes. I was on one if my less inspiring routes, but had great music and really enjoyed it.

Before I got injured I was doing some interval running with my marathon running colleague, which was tough, but my general speed and stamina was at an all-time high at that point!

Yes, it was fun, gavr me something to think about other than watching my watch 😂

well done on another 5k Ian👏👏

No tunes this morning so decided to use my HRM to do some fartleking. Warmed up, ran for a bit then...

settled into a slow pace and made the next two ks easily!

guessing, distance 5k vs 21k and no timing (great to have Miss Garmin). Really enjoyed this run, no...

alternated run/walk like this - round the field, run; up the slope, walk [it just worked out that...

First 5k but distance 2nd to how I feel!

shower ...perfect timing!!  And then i just realised all through the pain, the bad runs, the doubts...