I have my phone (Samsung S9) in a decathlon armband but I do find it get's a bit uncomfortable as it bounces a bit, cuts into my arm and tends to rub.

For those who take their phones with them on runs, how do you carry it: in your hand? in an armband? in a running belt? something else? 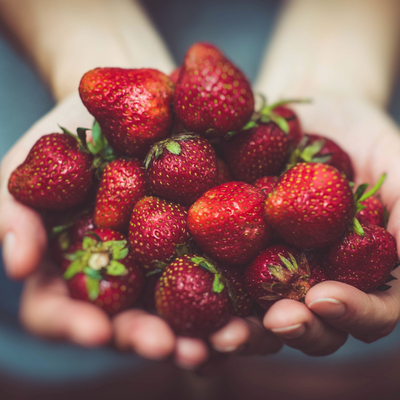 MrWomble
Graduate
To view profiles and participate in discussions please or .
35 Replies
•

I use a belt if I think I want the phone for safety (in isolated locations or late at night) otherwise the phone stays at home or locked in the car. The belt is good though as the phone’s weight doesn’t bother me when it’s central like that. In top pocket it pulls me to one side, if in my shorts or joggers pocket feel I could be embarrassed at any moment as the phone is heavier than the garment ☺️

Any recommendations on belts? There's a bewildering selection of them on Amazon.

I like mine but everybody’s different: I would avoid Amazon and go to an actual shop and try things on - including putting phone keys etc in to be sure they fit and feel comfortable when the belt is on.

That's a good point, thanks ArthurJG

I wear jogging bottoms with zipped side pockets so my phone goes into one of those (my house keys & handkerchief into the other). I need my phone with me as I use the C25K app to tell me when to run, I have a metronome app on my phone which I play to help me run (even more) slowly, and I listen to podcasts whilst I'm running to distract my mind from the fact that I am running. I hope that helps?

MrWombleGraduate in reply to Alast

Thanks. I think I share ArthurJG's concern though - the bouncing of my phone in my pocket could likely cause a 'wardrobe malfunction'!!

Instead of Mr Womble you would become Mr Wobble!

Yeah, there's enough wobbling going on as it is, don't need any more! 😂

I carry mine in my pocket as it zips up. But if I don’t have a pocket I use a pouch/belt arrangement which I got off amazon, and it doesn’t bounce about:

My Samsung Note 9 fits in the larger pocket just fine. My only gripe would be that as it lays very flat it can be hard to get the phone out if you try to do so whilst running along, but it’s easier if walking. However I don’t really want to look at my phone whilst running anyway, so no probs!

Thanks Wenderwoo, that looks like a great suggestion! Always better to get a recommendation.

I have a sports bum bag. It does the job but I wouldn't buy it again, it's too bulky even when empty. I bought my daughter in law a Flo fitness running belt. It's flatter and she loves it.

MrWombleGraduate in reply to Speedy60

Not come across that one, I'll check it out. Thanks Speedy60!

I use a running belt I got given- it sits there nicely and doesn't cause me any issues. Only just big enough for my phone and keys though, wouldn't hold any more

MrWombleGraduate in reply to Parky88

All I'm looking to carry at this point is phone and keys too. Running belt seems to be the popular option.

I have a running belt. I have to sit it around my waist (not my hips!) because on my hips it starts to ride up and then start flapping around and annoying me, haha. So I put it around the smallest part of my waist and onto a tight setting so it'll stay put. Haha

Me too - don't want it bouncing about

Thanks, definitely seems to be the way to go and will bear that suggestion in mind when fitting it.

I use an armband made from a sock. It was suggested on the forum when I first did C25k but I can’t remember who by. I seem to remember there’s a you tube video showing you how. Anyway, I’ve tried a bought one but it was uncomfortable, so I went back to my trusty sock.

I know it sounds funny and a bit cheapskate but mine works well - although my phone is quite petite. And I used a black sock so you can’t really tell what it is. And I can use the touchscreen through the fabric just about. Don’t knock it until you’ve tried it Mr Womble 🤣🤣🤣

I just got the flip belt and used it 1st time and can honestly say completely forget I was wearing it I even had to check for my keys once as I thought I lost them.

I have a flat- ish waist belt with a zipped pocket and wireless headphones. My keys go in a little zip pocket in the back of my running trousers. I tried an armband but didn't get on with it.

I'm also happy with the flipbelt (or similar). Keeps phone secure. It doesn't bounce around and I hardly know it's there. You can twist the belt so the phone is either in the small of your back, or at the front - whatever you prefer. These belts also have a handy loop to keep keys safe.

I have a back pocket in my running pants & it stays in place just fine, l don’t need to zip it either but maybe that’s just my pace😉

DefnotarunnerGraduate in reply to Oldlady57

I have the same, zipped pocket at the centre of my back, I run my headphone cable down under my running top and into the pocket before I zip it up. Can't imagine having it anywhere else now

I tried an armband but apparently my upper arms are too thin for it to fit properly!😳 I now use a belt most of the time - one of those with the expanding pockets. It can take a surprising amount of stuff, particularly if you get one with two pockets! I’ve got a spare one which I leave at mum’s, just in case I’m doing Parkrun down there🏃‍♂️👍

Ugh isnt it a bind now phones are so darn big? I have mine in a size pocket, zipped. I am considering buying leggings with a thigh pocket that is big enough for my phone 🙄🙄

I was also using an arm band for my Samsung galaxy phone. Cheap and cheerful (Lovphone via Amazon). Once I got the right size for my phone it works fine. I do find it better over a running top sleeve though. Lately I have my phone in a zipped pocket of my top. (Not stripping that off in this weather). Hope this helps.

I have a zip pocket in the back waistband of my running tights where I keep my phone. There are so many different running belts out there and I have acquired quite a collection over the last few years in my quest to find the perfect, non-bouncing belt! 🤷‍♀️After graduating, like many others I upped my mileaage and this meant looking for ways to carry water, fuel etc! Something like the Flip belt mentioned by Maz1234 is a great choice as it can hold quite a bit and fits nice and snug but I also have a great little Karrimor one which has become my go to. Good luck in your search!👍🙂

Get some compression shorts with side pockets for phone and car key. Loads of them on the Chinese sites like Wish etc

I second the flipbelt recommendations - there is enough room for phone, keys, dog poo bags, and they even have a couple of water bottles made to fit too which I have found really good on long runs. It sits in place nicely, and even when its fully stocked I can barely tell it is there!

Thanks all for the suggestions, it's much appreciated. Looks like a running belt is the way to go so I will try one of those next - the flipbelt or the flo or similar.

I did look at the DIY sock armband video on youtube but I wasn't entirely sure it would hold my chunky phone or be any less annoying than the armband. 🤣

I've been either carrying my iPhone in my hand the whole way (but it's getting a bit sweaty now),...

What do you carry your phone etc in while running?

use to carry their stuff in while running and could use some suggestions. I need to have my...
•
12 Replies

How do you carry your gadgets?

I can’t find a comfortable way to carry it. I’ve tried a number of those arm band straps but...

How do you carry your keys etc?!

house keys / phone etc in. Now that its getting warmer I am wondering how I will carry these...

What do you carry your stuff in?

move on to week 3! But what to get? Do I get an armband thing for my phone and shove my key and...