So a month after graduating I've just done my first park run. Now I'm slow, really slow, and never got anywhere near 5k in 30 mins. Since graduating I've had a week off with illness and another three weeks of running for 30 mins, 3 times a week and doing about 3.6k. So I wasn't sure I'd be able to do 5k. Certainly don't generally feel there is much left in the tank!

I told myself I could walk if I needed to. I told myself just turning up was ok at 64! The first couple of minutes were dreadful. Runners streamed past me. I asked myself what on earth I was doing there. I felt a total idiot. The next five minutes weren't much better. There was a long grassy hill which I really struggled with but I did manage to keep running, so slowly that walking people passed me. Then it got better. Other people disappeared (this is a benefit of going slow) and it was just me and my breath and my legs. I decided I would run all of the first circuit and maybe walk some of the second. There were people walking so I wasn't at the very back, just nearly! On the second circuit I knew where the hills were and decided I would try to run the first, again slowly, slowly, following the advice on this forum to take small steps.

By the time I got to the second hill on the second circuit I knew there was not long to go. I looked at it. I thought how much I would like to run the full 5k. I decided I'd keep running while I counted to a hundred in my head and by the time I got there it was nearly at the top so I kept going. 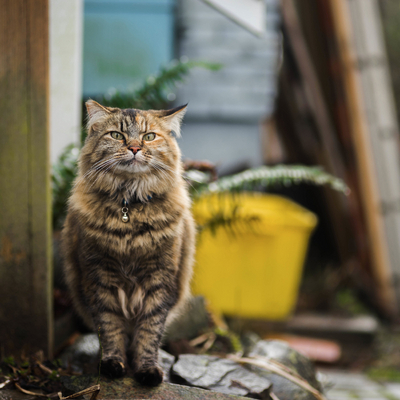 Gwenllian1
Graduate
To view profiles and participate in discussions please or .
15 Replies
•

What an achievement! Well done. I am slow too but at least we are out there doing it and not on the couch 😊🐌😊

Thanks! I've decided slow is the way to go! 😀

Well done. Amazing achievement. I’ve realised running is mental as well as physical. Great time for your first park run. I’ve done two now and the second one was easier !!!

You are so right about the mental as well as physical. I knew that stubborn streak would be useful one day!

Thank you! I worked so hard to do the couch to 5k programme and every time it upped the anti I was amazed I managed it. If you'd told me I would be able to run 5k in December I'd have just laughed at you!

Congratulations Gwenillian1 on completing your first 5k Parkrun in a reasonable time of 46 minutes, I am so glad that you enjoyed your run.

I suppose you are correct in saying that there are not too many people in their 60's that run parkruns, however, there are quite a few who do it, even in their 70's and would you believe it 80's and even 90 year olds have ran a Saturday morning park run.

I've just had a look at the ages of runners on my park run and there are some over 70s which is very encouraging. Think there were only four women in my age group. Now I'm going to aim for just the tiniest bit faster!

AlMorrGraduate in reply to Gwenllian1

Pretty much the same story as you. My first park run today. I think I was last! But I feel like I won the lottery! Well done to u and me and everyone else who was out there doing it. We are runners!

Well done I'm a very active runner but you never forget your first great run. You just brought a great big smile to my face.

It's a great feeling isn't it? Congratulations on your run! Wow! Do you really think we can say we are runners? I suppose we are!

Wow well done that is amazing. Loved reading this post.

Thank you! Loved writing it too! Couch to 5k is amazing!

What a star you are. I am planning my first park run this coming weekend and you have simply encouraged me to just go for it. Lovely story and what a trooper.

dark - my choice!!) and we did the circuit at my pace walking and running as necessary then going...

there were hills honest! I was so nervous I felt ill for the first 5 mins. Then I gave myself a good

local park run takes place. I'd walked it before but wanted to run it before trying the park run-...

get out of bed, to our first park run. There were 6 females in the same age/gender grade as me. I...

Ok, so I graduated last week and only did one run this week going into the park run. I am heading to