My shin splints - if that's what it was - have been getting better and better during the week. Yesterday I had to do a fair bit of walking (pulling a suitcase behind me while on a business trip) and had no problems. Today I felt fine as well and decided I would do my normal walk after work to see how everything held up. During this walk, in glorious sunshine, I changed my plan a bit. The greedy, impatient part of me told the sensible part of me that if I felt fine I could go for a little run when I got home. After all the weather is supposed to change and next week will be bl**dy awful, with snow! I could always stop and even if the pain came back it would be no great loss if I couldn't run in the rain and cold next week. The sensible part of me was not completely convinced, but let itself be persuaded.

So, all excited, I set off in my new running 3/4 leggings (no, I'm not going to post a picture, they make my legs look FAT!). Legs felt heavy at first and every twinge in the shin area was analysed, recorded, interpreted and commented on by the numerous gremlins who sat on my shoulder - I'm pretty sure they poked my shins too. Until I pointed out to them that the twinges in my ankles were being ignored and actually my knees felt worse for lack of exercise than any other part of my body - so why weren't they complaining about them? I stopped after exactly half an hour (but still well short of 5k), thinking I shouldn't push it. But then after 5 minutes walking and no problems I set off again and completed the 5k.

We'll see over the next 24 hours whether I'm really back in the game. It was very nice to run again. I had a big smile on my face and after the first 5 minutes didn't care who saw my fat, white legs. Nobody looks anyway. And it was fantastic to be able to take advantage of the lovely weather, on a Friday evening, with the weekend ahead. 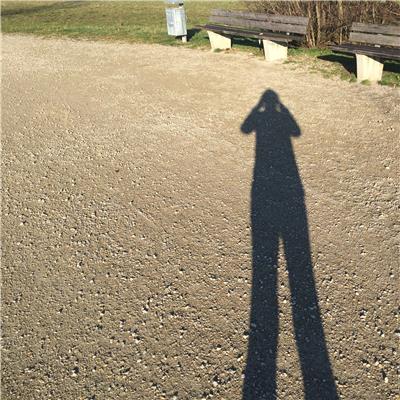 JaySeeSkinny
Graduate
To view profiles and participate in discussions please or .
10 Replies
•

Hope it works out for your running return!  I find running on soft ground like grass, causes much less impact on my shins and knees.  It does work my legs harder but I do most of my running in the countryside and try to avoid pavements and have never had shin or knee injury again!!  Let us know how it goes 😄

Yes, I thought of your advice and did mostly keep to tracks and paths through the woods. I don't live in the countryside but am fortunate to have parks, fields or woods in just about every direction (I live on the edge of Munich). We'll see and I'll keep you posted!

I know someone who has just got rid of shin splints properly, it took nigh on 2 months of no running! Have read it takes on average 7 week's of rest to get rid! I do hope it doesn't come back, sorry to rain on your parade😉

Yes, I know it can be a long term thing. I've also browsed the Internet and gone pale at all the horror stories. If my leg holds up I'll know it wasn't shin splints!

That's really interesting ... I run through a park and generally avoid the grass, but have had really painful shins tonight on my longest run yet (20 mins). I might try it on the grass next time.

It's no story! My friend had shin splints, but ignored it and tried to run through it and it got worse, the only option was a long rest!

No, I didn't mean to call it into question! I know they are dire!  And I'm not going to run through any pain - I need my body for a while yet and I'd like it to be fully functional. IF I am lucky enough to be OK in 24 hours time, I will know that I had shin problems, but not shin splints.

I felt running on soft ground was the answer but after doing that, I find my legs get a bit sore as soon as I return to paths.  As I have a 10k in June, no idea what it will be like so going to mix it up

Definitely back in the game. Hurray!

weekend, but do my usual walks and not rest excessively. My leg held up on the 8.5 k walk round a...

Back in the game

want to be seen running outside . My running style is shocking - a very straight legged jog ! I...

Back in the game!

braved the rain to get running again after graduation.

Arm with my new running T, as suggested I...

Then the battle comenced..my music cut out to had to fight those gremlins alone